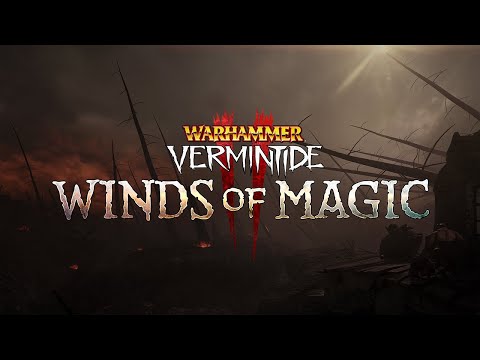 “Bit of a troubling one for you. Seems we’ve had a bloody great meteor make a mess. Sort it out, would you?”

Welcome to Patch 2.0! Please find below the patch notes for this update, which are pretty long and beastly.

An FAQ is available here. But one question we want to answer now is:

Q: Why is the download so large?
A: With the release of 2.0 (the patch that accompanies Winds of Magic) we made the decision to remaster the game. Whilst this requires one hefty download upon updating to the latest version, it comes with it some benefits which include both faster load times when playing, as well as a smaller overall file size on your computer.

Now on to the notes.

All available difficulties use the same scale and settings: 0%, 20% or 40% damage increase per stagger count by default. Stagger count is how many times an enemy have been staggered in succession (hit once for 1, hit again during that stagger for 2, further hits cap out at 2).

Stagger is any reaction that interrupts an attack (which is every single attack on any weapon against horde enemies or Clan rats/Gors, only elites and since last week Marauders have a level of stagger reduction and resistance that makes them ignore a hit).

There are three default animation categories of stagger;

We also made a slight slight change so that pushes against unstaggered enemies in particular and staggers in general will favour Medium stagger (raising the threshold for heavy staggers), not displacing enemies so badly and help set them up for further hits.

Further, the talent choices introduced towards the stagger damage dynamic have been tweaked to allow better control of how players interact with the mechanic. Smiter (a flat ”count everything as stagger count 1, or flat 20% dmg bonus” on first target) and Assassin (a nice ”count headshots and crits as full stagger count, or 40% dmg bonus) gives and option to bypass the system and hit breakpoints but with limitations or skill requirements. Both Bulwark (add an extra 10% dmg taken buff to all enemies staggered by you for 2 seconds on top of any stagger-damage bonuses) and Mainstay (add 0%, 40% or 60% dmg per stagger count instead) had their effects increased for those who like to play towards the mechanic.

Ranged attacks use the stagger damage and get bonuses against staggered targets But count all targets as stagger count 1, or 20% extra damage (basically all ranged attacks have the Smiter talent, but for all targets hit). This is to align them with breakpoints.

All difficulties have the same dodge settings to ensure learnability and provide a good balance between chaotic gameplay with client lag and requiring skilled timing and choice of defence. Final setting after Beta rounds is 0.5s dodge extension (delay for enemies to start tracking after you end a dodge move) across all difficulties .

For a full view of the newly updated talents for Patch 2.0, please check the following thread (or fire up the game and have a browse via the ingame interface!)

Heroes! Below is a breakdown of the new talent trees introduced in Patch 2.0. I firmly apologise that the tables look a little uninspired and their sizing is all whack, but I’ve little control over how the forums display these tables. If you’re having a hard time parsing them, well - pop in game and check them out directly in the in-game interface.

blunderbuss retains scrounge bashing but grudgeraker loses it? or did you forget to mention it in the patchnotes?

Yeah it feels like this nerf will hit hard RV…You re almost forced to take increased ammo bag talent now.

Both scenarios are possible until proven otherwise

No changes to deeds, just one map added, adding the stagger system, completly and utterly ignoring all feedback on the beta forum. Yeah, winds of magic is off the wishlist.

I’m at the office so I can’t check, what’s the size of the patch?

No buff for Handgun and Longbow? Have they same breakpoints as last beta? That is a shame. 40% power isn’t enough to bodyshot globadier, leech, stormer, pack master…

So many fixes and changes, very nice <3

This is… terrible? I feel like that should absolutely be an option. I don’t want people coming in games talking into their mics while I miss a special enemy sound cue.

Please just make a separate unarmored dummy that has a SV helmet hanging off of it. We have 3 unarmored dummies in the keep in total, just replace one of them.

There’s now a hidden timer which starts as soon as one player enters the bubble.

Still not sure if this is a good idea. It’s more like solving an issue by replacing it with another issue. Look forward to a lot of people complaining about Handmaidens rushing the bubble and losing books in the process…

Power vs Faction and Power vs Armor type will now stack by adding to each other rather than multiply one after the other. (effectively changing a +10% with +20% into a +30% instead of +32%)

Mace and Shield should get the same love. It’s one of the weapons that you’re practically dealing no damage with and could use a bit of oomph with its light attacks. Right now, it’s all control so if you’re on your own don’t even bother surviving because you won’t be killing anything.

I guess this was something to celebrate about…?

Please tell me this also affects Mace and Shield…

But not on Blunderbess, eh? I’m guessing the excuse is that Dwarf has RV anyways.

Thanks, need to call GF to tell her to start the download. I want to be able to play the game as soon as I get home from work

No changes to Dual Swords, really? It’s one of the most underwhelming weapons.

No Bulwark for Handmaiden

How do we aquire the new weapons?

Does this apply to Mace & Shield as well?

I ask this considering these are apparently different:

Footknight : Pushing an enemy increases attack speed by 15% for 3 seconds.
Waystalker: 15% for 5 seconds on headshot
Handmaiden: 15% forever basically
Zealot: 20% when low , so forever if the temp HP does not count.

Please hotfix, at least to 5-6 sec, so it’s competitive choice, now it’s still just dead. It’s ok for constant shield pushing, since that animation is very fast and one doesn’t really care, but it sucks for other weapons and is not consistent with bonuses other classes got and also the other talent options.

So, even though I’ve beaten all of the Lords on Legend a million times, I have to play them all AGAIN just to unlock Cataclysm right when I start playing?

I have never encountered such stupidity.