The Geheimnisnacht Event will still be running until 17.00 UTC at which point it will be disabled on all platforms (no further patch required). This will also mark the end of season 1 on PC, as announced in our Season 2 blog post at which point the leaderboards will be frozen.

Heroes, Season 1 of Winds of Magic is steaming ahead (partially due to Saltzpyre), and while there is still some time before the next season, we wanted to introduce the changes, updates and additions coming with Season 2 and update 2.1. Season 2 will bring several things to both Vermintide and Winds of Magic. But before we dig into the changes we wanted to thank you once more for your feedback, we have heard you loud and clear. We designed these changes with the feedback from the forums, Reddi…

We will be taking another pass over the leaderboards to identify ‘bad actors’ and remove them - and sanction where necessary.

We will have news on Season 2 in the coming weeks, including the free Drachenfels content drop and the changes in place for the second season of the Winds of Magic expansion.

Before handing out rewards

What rewards ? Did I miss some info on rewards ? Aside from weave frames that go up to W120.

How about we just scrap the Weave leaderboards entirely and stop pretending that anyone cares about it?

I have played this game for over 900 hours. Winds of Magic came out three months ago.

I STILL DO NOT CARE ABOUT WEAVES. AT ALL.

They are a boring, scripted side piece that do nothing for the game as a whole except suck development time away from the base adventure game.

I don’t normally have nearly as many complaints as others around here and I’ve even defended the developers many times with regards to bugs and overall balance of the game (especially with all the hate over sound problems and spawns lately).

The overwhelming majority have made it clear that Weaves have not added anything worthwhile to the game. Sure, you’ve invested in it and are all in at this point. But that doesn’t change the fact that a “seasonal” mode with scripted spawns and horrible artificial difficulty in a PvE game focused on RANDOM gameplay elements was dead on arrival and continues to drag the rest of the game down with it.

There are seasonal leaderboard portrait frames. They have been in the game files for a while now.

There are seasonal leaderboard portrait frames. They have been in the game files for a while now.

Btw, kinda everyone thinks that… since ppl are telling me “Hey, not doing Cata sry… gotta finish the weaves so I don’t miss out on the portraits” And I doubt when people say this they are talking about something else than the purple frames.

I don’t remember seeing anywhere that there will be some other rewards, did I really miss this kind of thing ?

Especially thoses leaked frames that did disappear after a build, convincing me that they were removed.

And the fact that the scoring mostly ask you to run a higher weave without even completing all others making the “scoreboard” a bit irrelevant as it is (except for the top).

I did stop at 120, being sure that there weren’t any others frame that could be misseable as I’m collecting them.
And I surely won’t be able to rush more than 120 weaves again next season. I have a job =p

Edit :
On a side note, I really really would like this game to stay away from “exclusive frames from ultra high competitive players”, as I did like the fact that we actually could collect them, the hardest ones being behind some challenges that were long term goal instead of “too late, you missed them, and now you have all the leaderboard against you, so it kinda depends on the number of players each season and the time spent during this ultra specific window”.

Btw top position on Full group W160 is a … drumroll … Duo Footknight and Maiden and got over 10 000 points score, well… get the fu*k out of here. FK is not doing any damage, and Maiden is sure as hell not soloing W160, and all of that is absolutely not happening with score 9500 points higher than Bio’s full group. 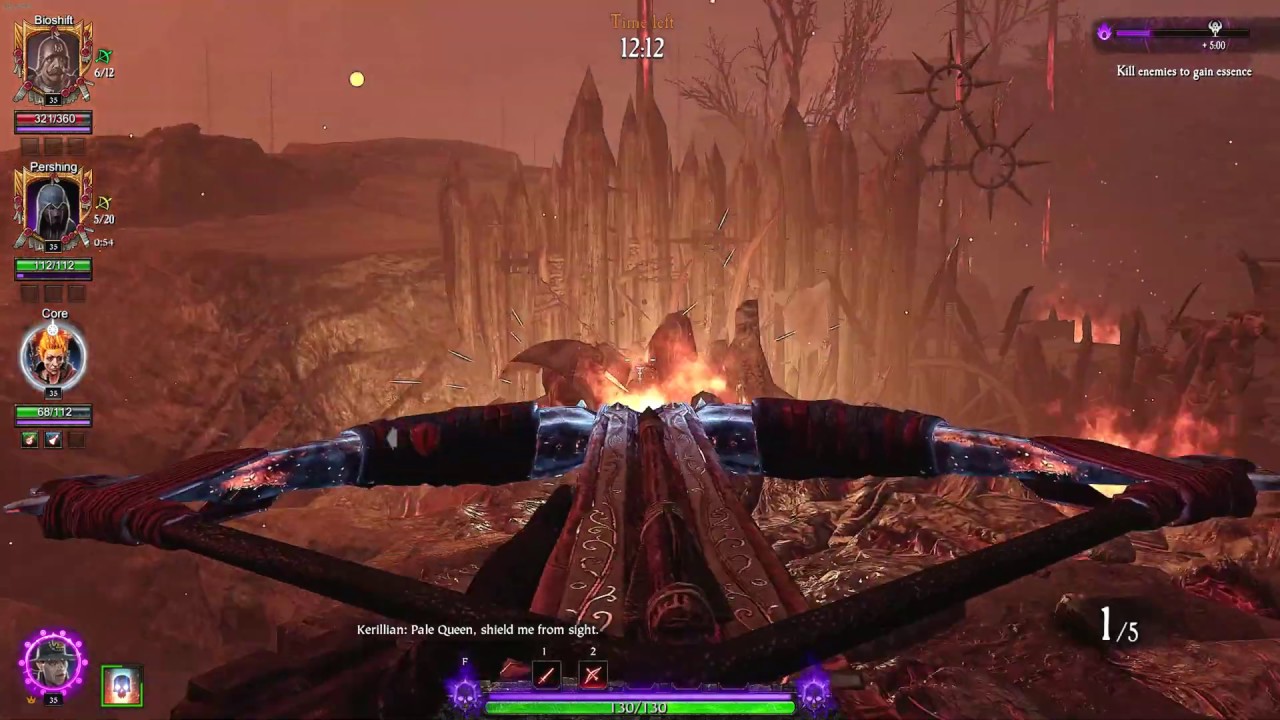 My mistake. The text was old and not updated. The OP has been corrected.

The OP has been corrected.

That is the same, if there are reward for those positions, there is no real issue in terms of normal frames, because there you indeed need the full chain to get the frame.

No real issue… except of course Leaderboards being rendered completely pointless, if one can just invite bunch of groups to super easy 157 and fill up the whole board over one Sunday.

if there are reward for those positions

Problem solved, there’s no reward, hedge did edit this.

Problem solved, there’s no reward, hedge did edit this.

So what are the leaked frames about ? Are those frames for Season 2 ?

So what are the leaked frames about ?

Ok there were leaked frames, because “at first” they wanted to reward players with the season ranking.
They did remove them and stated that this was not the current plan anymore (or at least they did indicate they didn’t want to do seasonnal stuff anymore so you don’t miss anything).
Thoses frames did exist in the files for a moment. They were removed after a while. They’ll either not be used at all or put into the lohner’s shop =p (or other thing I don’t know)

Edit : One of thoses frame

Ok there were leaked frames, because “at first” they wanted to reward players with the season ranking.
They did remove them and stated that this was not the current plan anymore (or at least they did indicate they didn’t want to do seasonnal stuff anymore so you don’t miss anything).

Wait, but, is this your deduction from :

My mistake. The text was old and not updated.

There was a post about thoses frames here : https://www.reddit.com/r/Vermintide/comments/djapb3/new_halloweenweave_frame_seen_on_modded/
And here :
https://imgur.com/a/ph92ffF

Edit : We did know it was weave related because of the description and the fact it comes with several borders, bronze to gold.

It’s done with a mod that does not need to update with each patch and that autolist all frames in the files (and skins, and hats). I did use it after a patch and couldn’t find thoses frames anymore.

Thoses statements were kinda made after WoM came out, and they were not totally happy with the result. At first it was about the frames we could see. Deducted it’s also for thoses frames.

Yeah, guess I was wrong and that they were indeed scrapped.

As it stands the Weave portraits you can get at this point are boring and do not motivate me to play the Weaves at all.

Twitch 2.0 is much more fun and is actually enjoyable to play.

Twitch 2.0 is much more fun and is actually enjoyable to play.

Why say we’ll get rewards and then change your mind the day of season end, it gives false hope. i’m really disappointed to be honest :’(. If the 120 weave frame will be available all the time, what rewards do competitive players get? there is nothing wrong with rewarding skilled achievements in a seasoned time frame.

If the 120 weave frame will be available all the time, what rewards do competitive players get

Leaderboards, it’s the only reward you need.

It was about “others” rewards, like unannounced portrait for having some place (so top 10 for example, which you would have missed)