This is the new performance complaints post. We have archived the previous post to collate information from it.

Use this post to describe any performance-related issues you’re experiencing in Vermintide 2, such as FPS drops and stutters.

*Your console logs can be located here:

**Your user_settings.config can be located here:

For issues that are not performance-related, please avoid commenting here and instead create a new post in the Technical Support category.

Started: about one-two months ago, not sure. Definitely after the weaves update. I can’t remember it at the first Drachenfels map. Probably it started after the Quiet Drink. Maybe right after it. Sorry, I can’t specify more precisely.

What I’ve tried to prevent this:

Started:
Bought the game like a day ago and noticed random micro stuttering happen almost everywhere but more prevelant in stages.Starts smooth in the begining but it gets more obvious the further into the game it gets with moments of mostly smoothness where it can ramp up near buildings/rat hordes.(mainly noticable when looking left and right)
Also noticed 12-15ms micro hitching/spikes in certain spots in the base too.(seems to be spot specific most of the time)

Symptoms:
Just micro stutters/micro camera hitches.Some subtle and some not when happen in succession because of certain spots/large hordes/many buildings.Mosty noticable when looking left and right.

Tried lowering settings from high to med like shadows and stuff and disabling debrise and lod distance, Trying dx12 (dx12 had full on stutters) and lowering the worker threads but it doesnt seem to actually work.I also have optimal in global in my nvidia settings with high performance per game bases (as all are my games)

FPS lag, mostly in larger hordes (sub 50). I’ve been playing the game for about a week so its been happening since download. Regardless of “horde” size low fps overall considering specs and settings.

Wave 12 of Ranked Weaves still causing constant crashing on the second round (during bomber rats and machine gunners wave). Crashed on my team nearly a dozen times over the past week before doing complete hard resets on all Xboxs involved seemed to fix the issue.

Started:
Upon recently coming back to the game after about a half year break and a PC upgrade.

Symptoms:
At seemingly random intervals, the game will completely freeze and audio will stop for 5-10 seconds. During this time CPU usage drops to almost nothing. After this the game will resume like nothing happened. It seems to happen whether I’m in the thick of a fight or afk at the hub staring at a wall.

What I’ve tried to fix it:
Verifying the game files, updating graphics drivers, uninstalling all mods, changing many graphical settings, switching from DX11 to 12 (game doesn’t even launch on 12), changing number of worker threads to anything from 1 to 13, repairing EAC, repairing .NET framework, checking drive and RAM for faults (none) and pretty much any other suggestions I came across while trying to find a solution.

It started around the release of Winds of Magic, after that. I had a bug related audio that got fixed, and with that bug on i had 7-9 fps during hordes, now it’s around 25.

FPS on the keep is really low , i have everything on low but with 2k resolution, i tried to lower it and it doesn’t change anything (pretty sure it’s a CPU related problem). Stutters during hordes and generally really low performance overall.

I tried disabling all mods, lowering audio even more since it impacts on the CPU usage, changing work threads to more or to less, nothing changed basically.

PS: I don’t want to play the game at 60fps all the time, but i really cannot play it with a minimum of 20 (or even lower) fps during hordes because it’s simply unplayable, and that’s the reason me and my friends cannot play the game together atm.

Started after a 1 or 2 month break from the game during wich I upgraded my PC.

The game runs fine in the keep with 140fps+ but as soon as I start fighting a horde the fps drop below 60. I have everything set to low/off except for texture quality ssao and sharpness filter on max.

Started : I always had low fps (under 50) but it was most of the time constant, but after the event “A Quiet Drink” it went downard

Symptoms : At random times I get little fps crashes (from 60 to say 40) for no apparent reason, no particular ennemy or animation. Sometimes it even happen in Taal’s Keep, and when it happens I’m pretty sure that my fps are gonna be all over the place during the whole game
During hordes I almost always play at about 20-30 fps
Task manager tells me I use about 50% of CPU and GPU, memory is ok

** What I’ve tried **
disabled all mods
lowered all the settings from medium to minimal
disabled any setting that could be disabled
went through the topic to improve performance(https://support.fatshark.se/hc/en-us/articles/360022719993--PC-How-to-Improve-Your-Performance-in-Vermintide-2)
fresh install of the game
stopped any software that was gpu accelerated
optmise settings with Geforce Experience

Game stutters in between high fps consistantly and setting in game does not affect the frequency of stutters
What I’ve tried to prevent this:
lowered settings
changed game to DX12 mode
maxed out worker threads
disabled hardware overclocks to no avail
Updated to nvidias latest drivers 451.48
Specs
AMD Ryzen R9 3900x
Aorus Xtreme 2080ti
(both overclocked)
32GBs of DDR4 running at 3200mhz

Started: Around the release of winds of magic but can’t remember the patch in question. Sorry, I can’t specify more precisely.

Symptoms:
Went from running the game with every settings maxed out to not being able to play with everything on Low and off.

What I’ve tried to prevent this:

This is a little frustrating as this is one of my favourite games, any fix even with a loss of graphics quality would be appreciated I just want to run it smoothly thank you.

Started playing 3 days ago. Gameplay feels ok but like every 2 min its gets choppy/laggy for about 5-10 seconds. It happens in the few stages ive played at any point.
I’ve tried to fix the fps cap at 60 and then at 30, having the same problems. Also tried lowering the screen resolution. It gets a little better but its not fixed.

Symptoms:
Low fps in general. Benchmark mode gave me an average of 38 fps. My CPU speeds drop down to .80 ghz with CPU usage going from 27% to 33%. CPU is not overheating.
GPU goes up to about 60% usage and is also not overheating. Curiously, I get more fps when I turn down “processor power management” minimums and maximums to 50% under my power plan settings.

Started: Must be after the drop of the 3.1 Patch maybe earlier as I took a long break sometime after WoM hit but I only really started getting annoyed with performance after 3.1 (Played the BBB leading up to 3.1 didn’t notice any issues then.

What I’ve tried to remedy this:

Huge FPS loss occurred during random run since it began, has nothing to do with the map because I played it just fine this day, I wasn’t the host.
FPS dropped down from average 90 down to 20 when I looked at specific angles, the worst case was when I looked up.
I usually have 40-45~ fps during Cata hordes, this FPS loss occurred with 0 spawns.
In the video take notice to the upper right corner for the FPS counter. 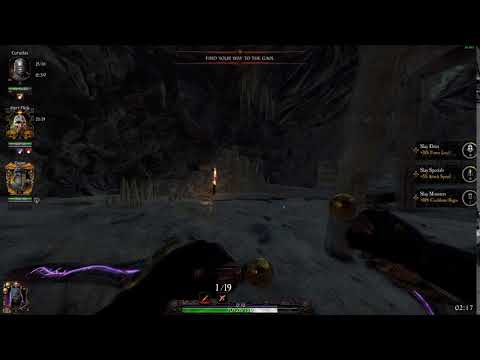 Huge lags after the last update!

Why did you break the game?

FPS drops to ~ 30 during hordes, stable 60 otherwise. Started abou 1 month ago, no problem before that.
Lowering CPU-related settings (lighting specifically) from max to low reduced the drop to ~40.

Huge lags after the last update!

Why did you break the game?

*Your console logs can be located here:

**Your user_settings.config can be located here:

The game totally unplayable now. After two years of not having this problem I now can’t even play it. Not as a player connecting to others or hosting myself. Once a horde comes it’s all jittery and stuttery and then just freezes but I can still hear it. Right now I made it half way through Standing Ground before the lag stuttering became permenet and I eventually apppeared in the temple but I saw one shot and nothing more. THen it would catch up and stop there. Then again. I don’t know how one person in the group managed to be unaffected by this when I was the host. It also seemed to get worse when I’m near another player I think?

by the way you are asking for my user settings config file but your forum does not allow uploading a config type file. so like do you know this?
user_settings - Copy.txt (6.4 KB)