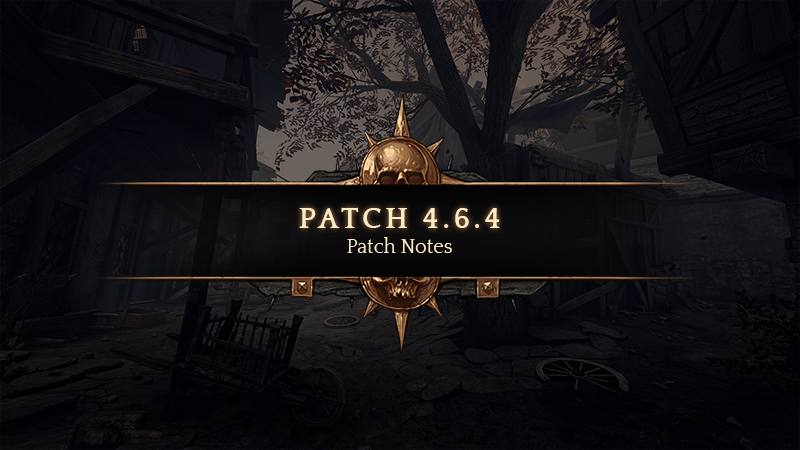 If you aren’t up to speed on the fixes so far, or the changes in patch 4.6, you can see all of those in the 4.6 Patch Notes announcement.

Too early to say honestly! See how this one goes.

Fire bomb DoTs still not working as in pre-4.6.

Pretty good looking hotfix. I’m very glad you guys were able to push it out in just over a week even with all of the other more critical, crash related hotfixes.

That being said, I’m having real trouble understanding this logic though. Unless this is a compromise solution due to technical issues.

I would not label these sorts of results as ‘expected.’

For the record, that build cannot stagger Cataclysm monks with normal pushes. It falls short of that breakpoint due to lacking Opportunist, Staggering Force, and about 20% Power vs Skaven/Berserkers.

Apparently, the stagger overwrite bug is back. This was fixed in Patch 4.6:

After Patch 4.6.4, if you push an enemy knocked to the ground by the Foot Knight ult, they will immediately stand back up:

Source: Peanutchoc comments on Did Large Fish revert the best change this patch?

I prefer Patch 4.6 behavior where pushing them won’t make them stand up.

@BongoSkaggs @hollerbach So they attempted to fix this multiple year old bug, their fix caused further issues so they gave up and reverted the fix? That’s what I’m hearing from all this, but that sure is NOT clearly communicated in these patch notes.

Fat Shark, my disappointment is immeasurable.

At the very least chaos warriors still stay on their backs after FK charge. Out of the enemies I tested immediately after the patch they were the only things that didn’t pop back up.

Of course, the other thing I instantly noticed with FK charge and chaos warriors is that you can’t chain stun them anymore. If they’re on the ground or getting back up they just won’t move for nothing. So purple potions on FK still aren’t terrible useful for controlling them.

Edit: Finished testing the rest of the elites and wargors. CW are the only ones that seem to 100% remain on their backs if pushed while knocked down. Everything else pops up and does their push stagger animation.

So yeah, don’t push things that are knocked down. Attack them instead, that at least seems to be working perfectly.

Damn, I was so happy about that fix

I’m not sure if it’s an issue with the hotfix or the main patch, but persistent ammo counter doesn’t show me my ammo, just my friends’.

If you are referring to the missing persistent ammo counter, that´s on Fatshark´s end and only they can do something about it. Which might come out along with the new CW patch if we are lucky, otherwise it might be 6 months later…if lucky then.