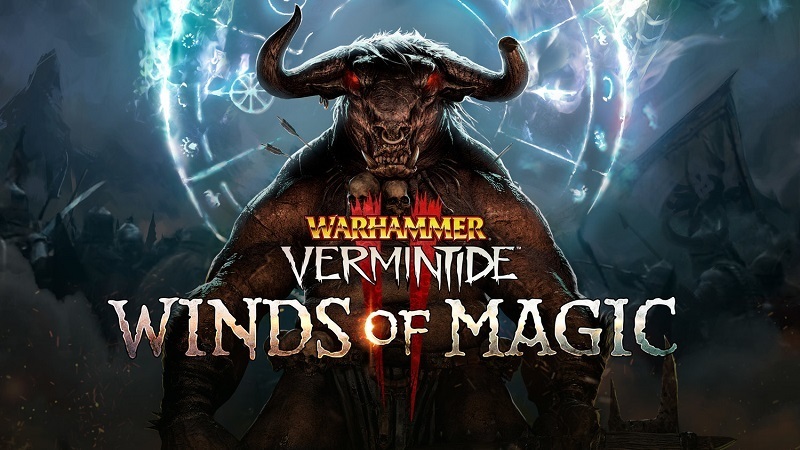 Whilst we continue to fix and test fixes on bugs you’ve been reporting, we wanted to make some quick balance adjustments which should further address feedback on the flow of combat since 2.0.

With the systems in place now we have a lot more flexibility in scaling difficulty in a way that doesn’t just inflate numbers, but provides us with a selection of dials we can tune in order to create hard yet engaging combat situations. There is of course a process of adjusting to keep that familiar meatiness of Vermintide 2 of old. This patch turns a couple of those dials and should bring further familiarity to your weapon swings.

For WoM beta we added a lower stagger threshold and upped stagger resistance, overall but specifically on Marauders and Gors, since everything was throwing stuff around and cause balance and difficulty (there were a bunch of ways to use headshots/crits/chaining attacks to get around it). This hit fast/light weapons the most since some light attacks now required +power builds or headshots/crits to stagger enemies at all.

This was tweaked with an across the board lowering of stagger resistance last week, but since the lower stagger theshold and specific tweaks to Marauders/Gors is still in play we end up in a situation where we effect ALL enemies.

So We’ve reset Marauders/Gors, removed stagger threshold for hordes/roamers (So everyone hit by anything will interrupt attacks again) and returned power to light, fast weapons to have more control WHILE maintaining some challenge and not making the jump between champion/legend to Cata a huge thing. Basically just finetune of the a bit rougher fix from earlier.

Should help with “phantom hits” feeling aswell as the new fix removes instances of “you hit and damaged 3 guys, but only 2 of them was staggered and aborted their attacks”. And people won’t chainstagger elites with “lighter” weapons as easily as they currently do (which is a bit too easy)

Below some changes that target the stagger resistances of enemies, where we remove all cases of ignored staggers from horde/roamer enemies specifically to ensure lighter weapons can maintain similar levels of control they have on pre-WoM. Note that stagger durations and levels have still been tuned but everything hit should react. Headshots and crits still boost stagger strength but are no longer to required to stagger outside of elites:

Previous WoM Betas had a threshold at 25% of stagger resistance to initiate stagger.

Ah so thats what was happening
Was that affecting “cleaved” stagger? If you hit 3 targets, but 3rd is left with amount of stagger less than that 25% threshold, is not staggered? And previously, even if you have 0.01 stagger strengh left for last target to cleave, it was staggered? @Fatshark_Hedge

These look like fantastic changes upon first glance. Can’t wait to test them tonight.

After adapting to things the game felt pretty ok to me. But I feel the changes to the trash mobs will give us the “feel” of the previous builds back.

Also very happy to see some tweaks to stagger thresholds on specials. They were a bit insane on Cataclysm at times.

Edit: actually specials and Elites got a bit harder with those Stagger values? Not really sure…my brain isn’t working correctly.

After reading these patch notes it almost feels like all those negative reviews and negative feedback finally reached you. It’s almost like going against the majority of the community was a bad idea. Imagine my shock…
Happy to see you’re finally realized your mistakes and are trying to rectify them.

A little to late I’m afraid since that ship has already sailed.

Thanks for listening to our concerns.

actually specials and Elites got a bit harder with those Stagger values? Not really sure…my brain isn’t working correctly.

Do you have any concept of version control?

We have all the same bugs back that were fixed in previous versions and the bots are now as trash as they were on the very first release of the game.

Do you have any concept of version control?

We have all the same bugs back that were fixed in previous versions and the bots are now as trash as they were on the very first release of the game.

Feel free to tell us about them. Bugs can reappear not just because of poor version control, but for a variety of reasons.

I’m honestly quite confused by all that (which, to be fair, is my issue), but I think what it’s saying is that Marauders will be a little more resistant to stagger than after the last patch, chaff enemies like Slave Rats, Clan Rats, Fanatics, and Ungors will be easier to stagger, and elites will be even harder to stagger.

If I’m getting that right, sounds pretty good.

Marauders will be a little more resistant to stagger than after the last patch, chaff enemies like Slave Rats, Clan Rats, Fanatics, and Ungors will be easier to stagger, and elites will be even harder to stagger.

I believe that by “Raider” they mean the big dudes with the axes. Marauders got the same relative changes as all of the other horde type enemies.

Edit: Nevermind, I’m wrong. The Raiders are the mid size Chaos dudes. Not really sure why they’d buff that Stagger resistance percentage while also saying that they altered all horde composition enemies in the way that they did. Kind of confusing.

Edit 2: what the heck is the difference between Marauder and Raider anyway? They all look the same aside from some cosmetic differences - like their helmets. The Bulwarks are very distinct of course.

This is my understanding as well. It was a typo I believe. As Hedge stated it meant to say Bulwarks.

Are slow-downs/fps drops being looked at? I can adapt to gameplay changes, but these fps drops are literally killin’ me.

I did try going to DX11, and while they seemed to be less common, when they did occur they felt worse (and they were still occurring very often).

Does it help if you’re not running any mods at all?

re slow-downs/fps drops being looked at? I can adapt to gameplay changes, but these fps drops are literally killin’ me.

What are your system specs?

I did a no-mod run, and it might have been better, but the heavy stuttering/fps drops/all that was still occurring. And as before - it wasn’t even always at points where I could say “oh it’s loading” or “oh a horde is about to come”. A couple such examples; had beaten a horde and was in the cave before the finale of Ft. Brachs. There were 2-3 enemies about, just walking across the cave, stopped on the slope out, and fps drop. Or on the long flight of stairs up towards the Screaming Bell, stopped to fight a handful of ambients, and get a spike.

@mashmonster I’m not on a potato, but it’s not a fantastic system. Thing is, I didn’t have this issue during the beta, only since the pre-release patch launched. I have updated drivers and the whole shebang. This seems to be an issue that a number of folks are having, some even with great systems, so I dunno.

Do you know if any of your screen or resolution settings have changed?

There was a patch awhile back that introduced horrible stuttering at all times for me. When I switched to full screen display vs. borderless full screen it fixed the issue for me.