Today we’ve put out patch 2.0.15 into an opt in experimental branch that we’d love for you to test!

A 1.4GB download for the patch 2.0.15 Experimental branch should then start downloading. If the download does not start automatically, please restart the Steam client.

PROGRESS WILL BE PERSISTENT BETWEEN THE TEST AND LIVE GAME

We’ve been listening hard and working harder to bring you this update which looks to tackle issues that are high on your priority list.

These include the way in which enemies spawn in to the playing field, the sounds that accompany enemy behaviours, and we’re looking to alleviate those situations in which enemy density around your character might go against established conventions.

There’s a bunch of other fixes and tweaks in this update, the notes of which can be found below.

The end events should be less punishing on higher difficulties, and slightly less challenging on all difficulties across the board.

Really nice fixes but, with season 2, there will be also a big balance patch too?

I shall brave the waters of the bugtide, my ship is ready to sail!

Alright allow me to correct myself, despite playing a full run on the patch i only actually encountered a single bug, so far it actually seems good?

This one Stormvermin walking around underground and whacking my poor panicking bots was pretty amusing though.

Really nice fixes but, with season 2, there will be also a big balance patch too?

We’re really focusing right now on getting the core game feel back up. Beyond that, I can’t confirm right now. Let’s see how this experimental weekend goes

Fixed fire bombs not aggroing patrols if they step on the fire, now applying dots to enemies to alert them.

Is this for fire barrels now as well?

Thank you… QPing Legend fort was brutal. It nearly always ended up with me having to run to the bubble solo with the party dead. Didn’t matter how many times I got them up. Most players can not handle that many zerkers and specials. The respawn point is kinda bad, as you have to climb or jump out. And most players panicked and just backed into the wall down the alley where they spawned.

Good changes all around, can’t wait to test these.

Was the first event of Engines of War changed? There were monks that spawned in close enough to players to start attacking before you could react and they were about as frequent as the Fort event monks. Edit: played a bit, teleporting through skittergate downed all my bots both times. Also longbow doesn’t stay zoomed in under hunter’s prowl, it was occasionally zooming out for me without it too.

Very interesting changes, looking forward to trying them out. There is one thing however that still triggers me. @Fatshark_Hedge did the dev team forget about Kerillian’s Ariel’s Benison ? That passive is still literally useless.
I remember someone mention this a while back, but it still has not been reworked or at least temporarily replaced with something that actually works.

Looks fantastic. This just made my weekend! Can’t wait to play and I’m looking forward to the next season too.

YES!!! experimental branch is back boiiis. THANK YOU FS

Just checked the beta, and… just to make sure, there is no new content for testing ? Like the new maps that should be coming etc ?

All I could find so far is two Darkness mutators, but … it’s not twice as dark or something, if I activate em both, so that’s not really new

just to make sure, there is no new content for testing

We’re really focusing right now on getting the core game feel back up.

Yea and that’s great, I just thought, the Drachenfells thing is coming very soon, so … I’m confused why it is not being tested in experimental beta.

Am i right to assume that this makes them more effective/dangerous to players?

Wait when skittergate was hard? Its one of easiest map.

Fixed fire bombs not aggroing patrols if they step on the fire, now applying dots to enemies to alert them. 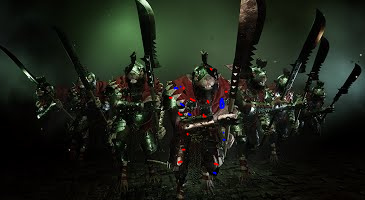 “He’s got dots! Attack the Humies!”

Joking aside, thanks for the post, @Fatshark_Hedge. These all sound like great updates that we’ll be excited to have.

Updated how sweeps are calculated for: 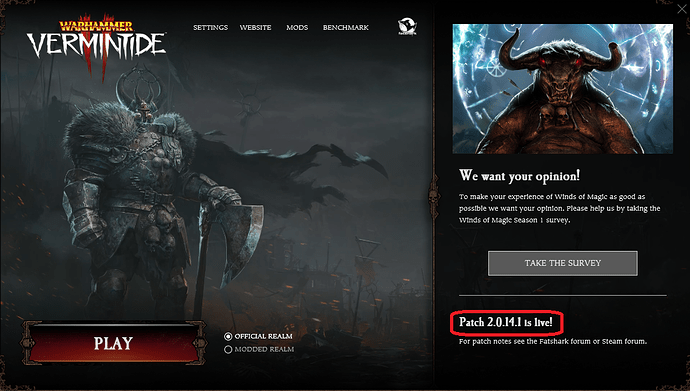 I hope you are waiting for me to show you (since i asked if you would let me do this everytime), or else i’m going to feel like a huge d*ck for doing it…

Updated how sweeps are calculated for:

I’d say less phantom swings, there is just a typo, it should be:

This should reduce the chance of getting Phantom Sweeps when playing at low fps and/or very high attack speed.

I hope you are waiting for me to show you (since i asked if you would let me do this everytime), or else i’m going to feel like a huge d*ck for doing it…

The launcher is configured only for the live game

By Sigmar, an amazing patch! Love all the bug fixes and core game improvements, AND the use of beta branch. Both of these things have been much requested. I’ll be jumping on the new branch today and will report back later with any wonkiness.