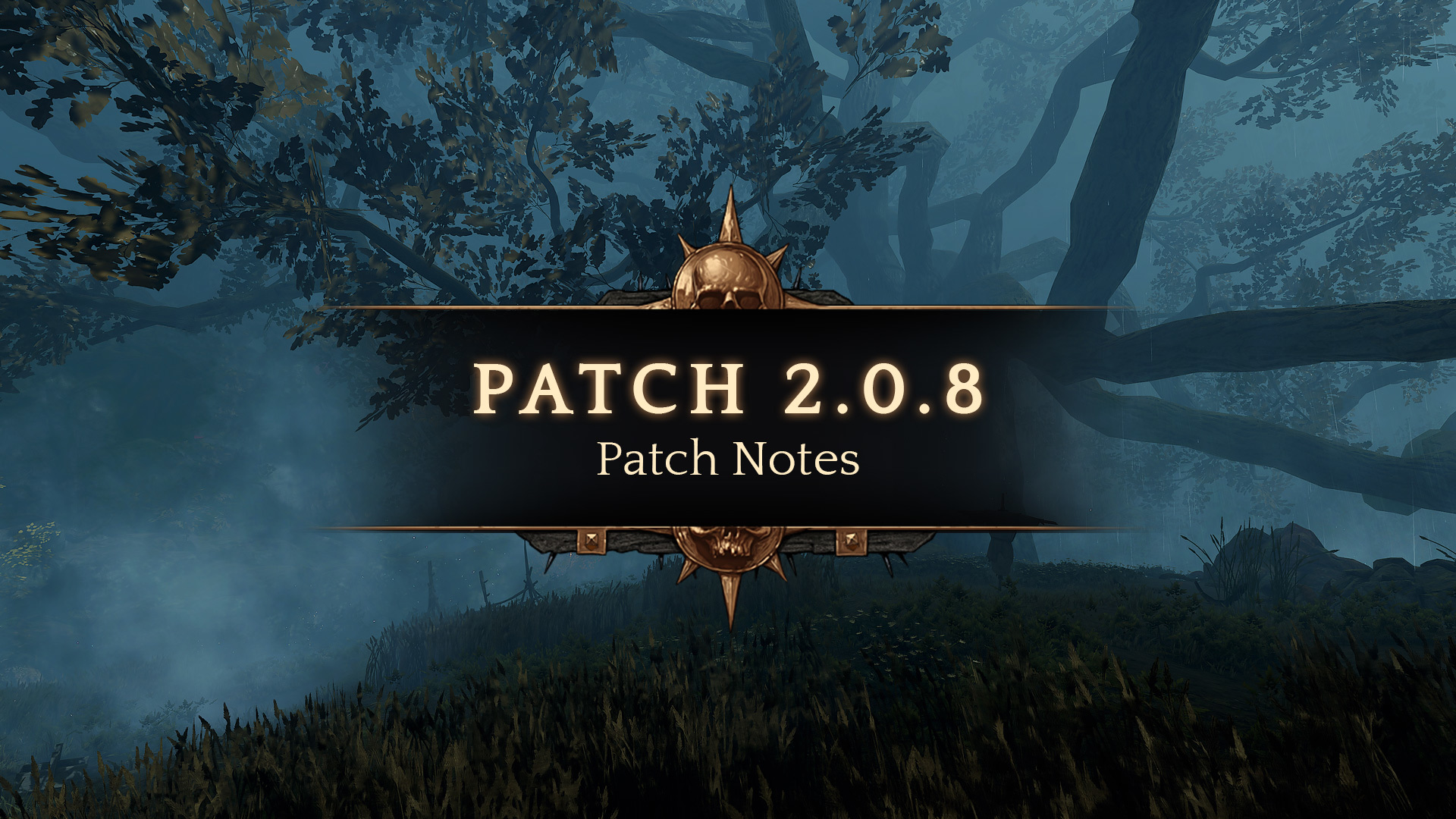 Patch 2.0.8 has landed and with it some crash fixes, sound fixes and various other fixes and tweaks. Thanks for reporting these issues to us, and continue to do so over in our bug report forums if you find them.

Fixed some gaps in geometry.

You mean that rasknit fight where they jump over fence right into underground and stab you?

Everything other aside, putting a bugfix patch this size every 2/3 days consistently for almost a month is nice and impressive. Keep up the good work, I can’t wait for 2.1.0, once the bugfixes settle down : )

Smaller fixes but ok. Still waiting for for concrete actions.

Kerillian’s Glaive now triggers a push from pressing attack from behind block instead of on holding attack.

What exactly does this mean?

Nice fixes all around though. The skaven back stab noises was really confusing me in a few games.

Going out on a limb to say that the Glaive previously had a hold requirement to trigger a push, whilst now it just requires a click, like every other weapon.

We’re looking into phantom hits at the moment yep

Keep up the good work team!

How about patching double special spawns, boss infinite knockback, and 180 mid-attack target switching? And while you’re at it, the frequency of Beastmen populating the level.

How about patching double special spawns, boss infinite knockback, and 180 mid-attack target switching? And while you’re at it, the frequency of Beastmen populating the level.

Hey you seem to know a lot about game development. Why don’t you apply for a job @ Fatshark. You can probably do better than them in less time.

And while you’re at it, the frequency of Beastmen populating the level.

I think FS has said that they are focusing on straight bug fixes first, while gathering telemetry about beastmen in the mean time. Then they’ll look at balancing.

It’s not about balancing, it’s about seeing Beastmen more often than Chaos and Rats, sometimes combined. Can’t they be regulated to ambushes, bosses and banners only? Not regular standing around enemies please?

It’s not about balancing

Well, “game design” then. My point was just that it isn’t a bug per se, rather a game design choice, in a way, a balancing issue. But to address your point: yes, I also agree that beastmen could be made to appear less often. Perhaps FS wanted to show them off and fully test them, and that’s why they show up so much.

Ambient beastmen are actually good, they will let you know that you can soon expect their hordes too.

What I was about to say. Ambiants = Indicator about what type of horde is coming.

Well, hordes are suppose to have a signature shout for the type that is incoming… I know beastmen sounds are all broken but they’re suppose to be there. Skaven have rats shouting while Chaos has a warhorn sound. Beastmen have a roar that sometimes plays, but is hard to distinguish from the Minotaur.

It just pulls me out of the game when I’m on Warcamp and don’t see a single mauler, warrior or mook until I get to the ram. Or Every. Single. Time. I play Halescourge it’s 100% Beastmen (aside from specials) until I get to the man himself. I’m sick of seeing them! Get them out of my face!