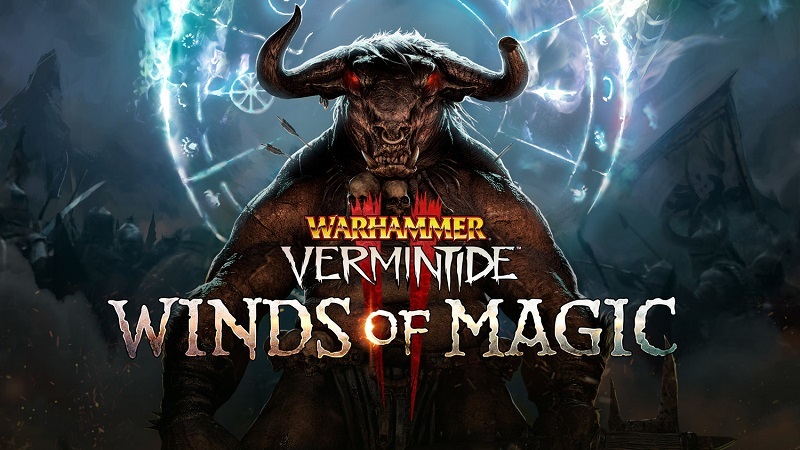 We wanted to get some changes in which we hope bring a bit more of that classic weapon feel to the difficulty settings you’re accustomed to prior to patch 2.0. Putting some weight behind your strikes is an important part of the combat systems in Vermintide 2, and we can appreciate that a few of the adjustments in the 2.0 patch were removing a big part of that.

We are keeping all your thoughts and feedback close to heart, and we genuinely appreciate you all taking your time to bring those thoughts to us.

This means enemies will react stronger to weapon hits compared to the previous version. These values are more in line with the values before the Winds of Magic expansion.

This is good, happened to us yesterday… it took quite a while till it had opened.

Dark Omens: Added Minotaur to end event on Champion difficulty and above.

Could we get an in-depth explanation from the devs about how stagger works?
Yes, I know we had something similar in the beta, but that is now lost/locked away and I would like to see something even more detailed.
Like the entire process of how the stagger works when I push/shield bash/ light-heavy weapon stagger an enemy.
What values apply and when, how they interact with each other.
I’m not sure if it’s clear what I try to get at, but you coined so many new expression - like stagger bonus, resistance, stages, threshold -, with the new mechanic that it’s rather unclear what happens and when behind the animations…

I think that it should be a tutorial video to avoid misinterpretation.

Hopped on a Legend game and hey, things are actually getting staggered with DS and DD. THP on Cleave feels a lot better on fast weapons, but not sure if it’s enough for slower weapons.

Edit: Just tried XSword on Kruber with THP on Cleave. You’re getting some health, but not as sustainable as before even with Boon of Shalya. I’m gonna play around with it a bit more, but for now I’m personally reserving THP on Cleave for faster weapons.

Can we please do something about the Bots being as dumb as a bag of rocks? I don’t know if they did something to them, or they just can’t adjust to the new stagger and slotting system, but I had to keep babysitting them in every horde.

Bots have not been updated to know about the new mechanic.
Bots were dumb as f*ck before, they were never taught how to dodge, they fear friendly fire too much and ignore the existence of AoE effects.
And my personal favorite: when a player is pounced and hooked, they change to ranged weapon, run up to the pounced/grabbed player, change back to melee and then kill the special.
Honestly, whoever is responsible for bot behavior should be fired or play the game and see how utterly bad they are.

The problems I’m having are WAY worse. Here’s what I’ve seen just from 3 Legend games I’ve been privately playing on (since this 2.0.3 patch):

I have NEVER EVER encountered these problems before. I would know because my first ever Legend runs were done with Bots on private and I knew how capable they were. But now they fight like headless chickens ever since the Pre-Beta patch came along. I think these Bots might be even worse than the ones in WoM CBT…

I thought you’ve already uninstalled the game? What are you hanging around here for?

That’s what I just said.
Thanks for the clarification though! Appreciated!

Yeah, totally agree with that.

You mean the justified complaints that a majority of the community have been laying out on Fatshark only to be ignored? All those hours spent on the closed beta for nothing. Had I known they would have not cared for any of the feedback I would have quit long ago. Salty. Yeah right… And no I have no intention of returning since I don’t expect Fatshark to actually remove the stagger changes. They where fixed on this fiasco since day one of development of winds of magic. And Weaves are a laughable game mode. It’s a waste of time. If they did remove the stagger changes and WOM where on a 90% sale I might pick it up. But it’s current price is a disgrace.

They have promised so much only to betray that trust.
Where’s the dedicated servers they promised since day 1? Nowhere. Conclusion? They lied only to sell more copies. Anyone can see that and they succeeded.
They mentioned cataclysm chests as rewards for playing cata, now it’s just for the challenge. That’s not even remotely motivating enough. Lied again.

The stagger changes came out of thin air to everyone’s surprise and most people are still asking “who the hell wanted this?”
Oh but it’s more difficult!
NO! They made the game slower and more tedious to play. What used to be an amazing flow and feel of combat became a sluggish push simulator where most enemies act like sponges.
I have yet to see a single person who specifically asked for these Stagger change. Not. A. Single. One.
But I’m an idiot so there’s always that part of me who klings to the glimmer of hope. I wish that part could just face reality.
Fatshark lied to make the game sell better and they keep doing the same thing over and over because we let them.
That is why I’ve not bought WOM. That is why I feel a certain disdain towards Fatshark. They break promises and they lie.
It wasn’t always like this. It used to be good.

Yes, I can see this is all very emotional for you. However, actually replying to you right now won’t do much good anymore. Take a break, cool down, and we’ll see you again later.

Emotional, perhaps. I did actually quite like Vermintide The End Times. So naturally Vermintide 2 was a must have.
From a logical viewpoint I don’t understand why they would change a winning concept. The game was fine as is. Even with all it’s flaws and bugs. Regardless what is done is done. All I’m doing is standing on the sidewalk watching Fatshark crash in spectacular fashion in slow motion. I can literally see them flying through the windshield and I’m only waiting for them to hit the pavement and there’s nothing we can do to prevent it.

I would have quit long ago. Salty. Yeah right… And no I have no intention of returning

Since you have no intention of returning to the game. Is it safe to assume that you’re only here to derail threads? With more or less the same post content by the looks of it. Can you try and keep this out of the patch notes?

Here’s the community guidelines if you need a quick refresher,

This has me worried? Does this mean that you can no longer Explode/Vent while attacking/blocking? Or do you mean you just removed the animation and you can keep on attacking?

Well, it’s good to see you’re keeping a level head through all this at least…