Why the change from Space Marines (from Space Hulk) to "regular" heroes?

In my opinion, you have to go all the way back to 2004 with Dawn of War to get a good w40k game, and as Space Marines feature heavily in games since then, it’s a very nice change that SM aren’t front and centre.

Also, Deathwing was a flop. FS have done a good thing staying away from Space Marines and all the booming voice “With me Brother!” generic voice acting.

I think in fact that Games Workshop have some kind of weird self-fulfilling prohpecy about SM.

“Space Marines are the popular miniatures”

“No one is as interested in Xenos they’re all buying Marines!”

And so GW have an idea that because people are buying marines they launch more marines and assume people love marines. They put marines in everything hoping people will like it.

Some Eldar Models haven’t been updated in… years and years.

understand that I’m in the minority here, but my main reason for not being interested/not planning to buy this game is simply the lack of Space Marines.

Yep. Imperial Guard literally ARE the horde. I’m not interested in IG. I’d rather have literally anything else

Just give us lasguns and we’ll show what 4 guardsmans is worth with nothing but faith in the Emperor and hatred to his enemies. We don’t need Astartes holly bolters to purge that scums.
For the Emperor and Imperium of Man! Our victory is inevitable!

I think in fact that Games Workshop have some kind of weird self-fulfilling prohpecy about SM.

“Space Marines are the popular miniatures”

“No one is as interested in Xenos they’re all buying Marines!”

And so GW have an idea that because people are buying marines they launch more marines and assume people love marines. They put marines in everything hoping people will like it.

Some Eldar Models haven’t been updated in… years and years.

This is exactly what they’re doing because they’re only looking at the sales numbers, I’m convinced that GW doesn’t have a marketeer team specifically meant for fandom popularity research.

Maybe it’s just me but I’m a bit tired of 40k games centered around Space Marines, there have been so many… Don’t get me wrong, I like Space Marines and all that but one of the reasons I really like Warhammer Fantasy is that all races have great characters, an extended lore and roster whereas I feel like in 40k, the Imperium of Man gets all the spotlight. The other races have some background lore sure but nothing that comes close to how deep the Imperium is depicted.
Anyway I would welcome the chance to dive into the 40K universe as any of the Xenos races but if that’s not possible, I would still happily settle for the chance to serve the Imperium of Man without being a Space Marine for once.

My understanding is that Space Marines could basically waltz through everything that will be in this game. The idea is to make the heroes powerful, not borderline insurmountable.

who make Who - (next this game)
1marines - 100 unites - go to war when speed is needed or againstoverwelm enemy (we don’t have a invasion )
imperial guard - 3k 10k unites- go to war, someone have to die (lokal forces become chaos cultists mabe)
2Arbitres - tipical law (like judde dread) - investigate crimes (not aplply becausewe don’t have a tru crime yet)
3Inquisition - investigate everything to finde horns on horses- the 3 ordes with own agenda
*Daemon- daemonhunters(marines)- kill demons
*Xenos - varios - invastigate and kill aliens
??? - sisters of battle etc - investigate heresy and burn heretics (yes thisgroup)
4 imperial navy -spaceships
5) priest of mars - know tech… exemple other people; " you pray over sacred rune on and the laser works"

My first exposure to Warhammer involved space marines, both to the table top as well as Warhammer video games. It’s probably a big part of why I had no interest in it for the longest time. Vermintide is what got me interested in Warhammer.

Space Marines are dull, generic, and a terrible representation of how much nuance and flair the Warhammer universe has. I hope to never see them in a FS game.

Wait, did nobody tell him Fatshark didn’t make Deathwing?

Lol I never said they did.

[Why the change from Space Marines (from Space Hulk) to “regular” heroes?]

It’s literally in the title and topic. I read the post, and some of the comments; it’s how I got here

I was comparing games from the same universe and similar gameplay.

From the same universe and similar gameplay theres one game, space hulk
and that is a pile of crap

I have to admit I still haven’t got past the first mission, because I keep comparing the gameplay to vermintide. XD

But at least ambience-wise it seemed good to me.

I think the artistic part is what kept me playing the game through the campaign.

The artistic part of space hulk is on point, I’ll give them that
but the gameplay…

You have a terminator armor that feels like paper mache against everything, not just the tyranid blades
you have the sprint endurance of a diabetic 6 year old
you have a weapon feedback as if you are spanking your enemies with limp noodles (not that the werapons are notibly stronger then that…)
you have tedious hacking
your battle brothers have the intelligence of low-end servitors
and you feel (at least in the beginning) psychically as powerfull as the average T’au

I think MandaloreGaming described it pretty well why Deathwing was so disappointing. 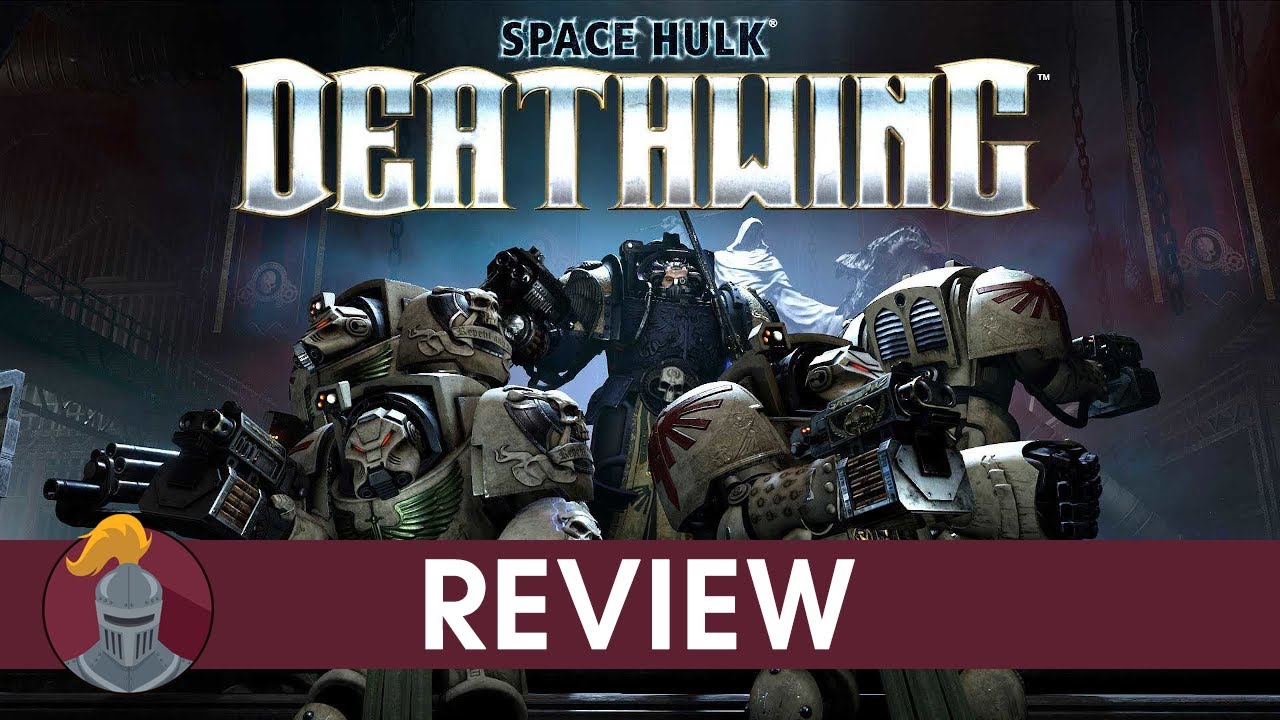 The video is very good, but his explanation (starts at about the 15 min mark) really helped me understand why the game was so… off.

I dont know much about the 40k lore, so I might be wrong about this one. But, for what I can see, in Space Hulk: Deathwing we played as Space Marines (Astartes if im not wrong) with psychic abilities and in Vermintide we also play as powerful heroes that can take down Daemons and Chaos creatures. Are this new heroes as much as powerful? Or maybe the tech makes up for it? Im just wondering. Like I said, Im dont know much about 40k but Im really looking forward to this game.

Basically (well, for me at least) Fatshark tries to show a bit of humanity in their games, i mean, that’s what i get from the Vermintide games, and Space Marines aren’t really human anymore. They are so far off as to not even be considered ‘mutated human’ anymore. They are fighting enemies the Imperial Guard retreats the battlefield for. You can’t really associate with a Space Marine on a human level, so you can’t really tell human stories with them. On an awesome over the top ‘i get health through execution moves’ WH40k Space Marine level, sure, but not really on a baseline human level.
The books are very good, no discussion here, and they portray human emotions, but how they act is on a completely different level.

Another thing to add is that this game is playing in the current timeline (whichever year that might be), during or after after the Indomitus crusade, so it will be the headline game for Games Workshop. 40k is still the main seller for GW and in comparison to Vermintide, a game for a discontinued tabletop game (i bet Old World will be quite different)/a very old pen and paper RPG, Darktide has most likely way more attention through GW. Take from that what you will, but the direction Darktide will go might have some influence on how GW will tackle the franchise and vice versa.

But, Space Marine managed to incorporate at least a little bit of humanity and individualism into the the game.