pre-1.6 any character could jump over this fence, being an effective way to avoid patrols or pull off clutch revives. The prop used to make this jump possible had its collision removed, but dashes, leaps, and teleports could still do it. Well, this one-way wall was added after the recent BBB. On the grand scale of map tricks, this one is extremely tame and cuts out like, 1% of the map that you’re still going to be hanging around in. So why are we losing cool and rewarding ways to navigate each level?

Yeah, there have been plenty or random skips or trick jumps removed in vermintide 2s lifetime for one reason or a other. Generally i think its little bit bizzare to remove something say in that screenshot but its really nothing new at this point.

There used to be a time where one-way walls were sparse. now they’re at every dropdown you encounter and some are even double stacked in height just for lulz. It’s absolutely not something new, and some places are justified for having them, but it’s anti-fun and its something that I personally don’t agree with.

The things i think are fine to keep in the game is using climb mechanics or dropdowns at ledges.
The fence thing in your post can stay for me, if everyone can use it, so adding a crate which would make it ‘a bit’ easier, without making it a must go path, and making the patrol start from the area where the tome is would be fine.

But obviously fatshark doesn’t want it to stay, so the invis wall was gonna come one day or another, after they fixed the jump. So yea it reduces some fun from the game i agree. They could of adjusted the things i mentioned above instead of removing it.

Yeah i obviously don’t support removing most of the skips but it is clearly something that fatshark feels strongly about for a reason or a other.

On a side note: what’s the mod you use to show invis walls?

Maybe this is just me being jaded but that’s them having trash priorities.

On a side note: what’s the mod you use to show invis walls?

I was aware of this thread but there isn’t any info on the mod either. It’s custom made for personal use, I suppose? I’d really appreciate it, tho. Would help me a ton keeping my Steam guide on skips, etc. up to date.

I came across that particular change to the invis wall on Against the Grain during BBB just by playing. But as I’ve been having an eye on this kind of changes over the last two years, I know that all of those changes to maps are silent ones. It’s hard to keep track. Having a mod that allows me to quickly check the usual suspects after a major patch would be great.

Sorry, I direct linked his response to someone asking for it at the time, I guess the forums just auto changed my link. Seems like he really doesn’t want to share it, only show it off.

Fatshark has made a bunch of silent changes to the terrain in maps. Bosses being uncliffable in a lot of bizarre and seemingly random cliffs. It’s almost as if it was unintentional due to their changes in collision to deal with skips. Like they changed one property for a certain type of doodad/terrain and it affected it across all maps creating this bizarre and less enjoyable experience(like how does a boss magically not get flung off a cliff when you send it flying?).

I’ve noticed areas of the maps change with no patch notes to compliment the changes. Certain things like the skip in Against the Grain that Novality mentioned were removed, but with no explanation why. With how it was before, it seemed as if that very minor skip was intentional.

If they’re going to make more and more one way walls to prevent people from going backwards, it’d be nice if they also fixed problems like passing a respawn and then any downed players being unable to play for the rest of the game. You’d think an easy fix would be moving the downed players to the next spawn point when all up players pass those specific areas. It’d also be nice if they stopped making bosses uncliffable in random areas. That one is really irritating.

Would help me a ton keeping my Steam guide on skips, etc. up to date.

I think this is why Novality doesn’t share it, which I 100% understand that reasoning. It would just expedite the maps being frankensteined with invisible walls. I have a few tidbits of knowledge I know too that I don’t share because I don’t want them changed. Someone will always put it on youtube or reddit or someone works to remove it. Sharing wouldn’t be a problem if a lot of the fun tricks weren’t patched so fervently. Like the fence jump in OP is one of the most innocent skips and it was removed.

@Novality The irony of some of these changes is that one of the very first things Fatshark did back in the game’s alpha/beta was host a speedrunning contest with the Tobii Eyetracking devices as prizes(which I totally won one of the contests). It was super fun. I still miss that OP infinite potion trait at the cost of bit of health. It’s not like that any more though. Definitely not speedrun friendly any more.

I kind of wish they’d take the Doom Eternal developer’s approach. Just talk with the community about what they want. To each their own I guess. 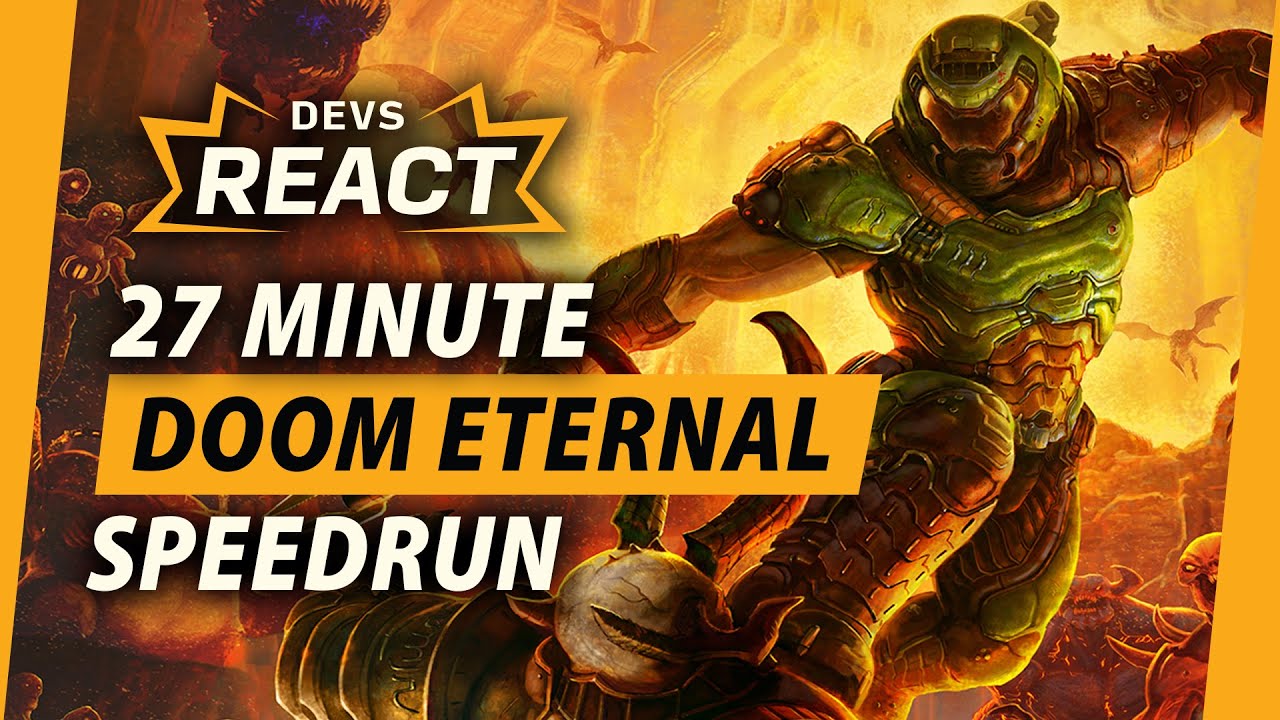 When you spend a grand total of 2 hours of development time a week, you gotta fill the patch notes/git logs with something.

I’ve noticed areas of the maps change with no patch notes to compliment the changes. Certain things like the skip in Against the Grain that Novality mentioned were removed, but with no explanation why.

Since I’ve got some old screenshots from my guide, I’d like to give everyone a clear example of this:

This change of terrain, the removal of the two bricks on the ground, is minimal but alters the accessibility of the quite common skip to the stairs leading upwards. As of now, you can still do it by jumping on the wooden bench but it was changed. The reasoning behind this can feel quite random at times.

It would just expedite the maps being frankensteined with invisible walls.

That was my fear back then before I decided to make the guide public. TBF, I exclude all the glitchy and exploity stuff for the very reasons you mentioned. I guess we know a bunch of broken things but useful jump tricks like the one Novality mentioned here do no harm. In fact, they somewhat increase the skill ceiling of what players can do in certain situations. I’ve never understood why cool non-out of bounds issues were instantaneously nuked.

playing some devils advocate, but the righteous stand jump is very obvious and seems intended. When the jump was still accessible on against the grain it was very hard to just ‘find’. I personally didn’t know untill i saw someone do it, most of the others i found by just looking around and jumping on one thing and looking around. A bit like you find tomes and grims.

So i would say righteos stand kind of jumps are intended, while the one on grain wasn’t. Ofcourse i might be wrong and they might remove the righteous stand one, but they still haven’t done it so that makes me think this way.

ofcourse they don’t have to remove, even if it’s not intended, they could add an ‘intended way’, and if fatshark worries about skipping the patrol, then they could make it walk to the tome or something.

Edit: Also this gets fixed but then we probably still have the glitch trough the wall on garden of morr

Ofcourse i might be wrong and they might remove the righteous stand one, but they still haven’t done it so that makes me think this way.

But why would they change the terrain there in the first place without removing it if they’re bothered by it? Can’t wrap my head around this.

Maybe they knew it was accessible by just jumping on the wooden bench and just removed the tiles sticking out just to clean it up? i’m not sure, but it would be weird if they wanted to remove the jump and not think to check the wooden bench.

But why would they change the terrain there in the first place without removing it if they’re bothered by it? Can’t wrap my head around this.

Maybe the tiles interferred with dodging causing players getting killed? Just a guess though.

Maybe they knew it was accessible by just jumping on the wooden bench and just removed the tiles sticking out just to clean it up? i’m not sure, but it would be weird if they wanted to remove the jump and not think to check the wooden bench.

I can’t help but be amused reading this because you can do this jump without the bench. Just stand in front of the burning brazier and hop over it.
Pls don’t remove this Fatshark.

But yeah, I know a ton of safe spots (rather than skips) in this game and keep them for emergency situations, but I don’t report them because the FIX would likely introduce an overkill of blocking invisible walls.

Safe spots are different then jumps. Safe spots should be fixed as soon as possible.

Also you don’t report them because then you cannot use them anymore. Using safe spots isn’t skill, even trying to justify using them only in emergency situations is bs. Also most safe spots are somewhere at the edges of a map where there are no jumps, so i would not worry about invisable walls blocking normal players their gameplay. The only invis wall i know that got added to fix a glitch was in skittergate, all the other safe spots that got fixed don’t interfere with my gameplay at all.