We should have new heroes, but all at once

Thinking about all this about the new hero, I’ve noticed one thing. What would happen if Fatshark only gave us a single new hero?

I feel it would be chaotic because we all want to play with the new hero, considering the volume of players would be difficult to find quick game. How can we solve this? Easy, a great DLC with a different group of surviving heroes. Could be:

I have already put these 3 heroes in other posts, because they are the ones that best fit in the story. This group could meet our heroes, at some specific moment and join the battle against the end of time.

I know this would be hard work but it would give the game more playability, immersion and lore.

No foul Lizardmen (do I have to remind anyone, who is responsible for destruction of the great dwarven empire?), Vampires and other heresy please. A Warrior Priest of Sigmar with a single well-designed career and fun talents and that’s it. Yes, there would be WP spam, but I’m fine with playing solo with bots if need arises - they are better than many players anyway.
Grey Wizard may work, if he’s not another clone of Pyro/BW playstyle-wise (ranged spam class robbing everyone of THP).

Vampires and other heresy please

Genevieve saved Karl Franz and is a hero of the Empire, excuse you

Plus I like the idea of a hero that could rip out Stormvermin throats with her bare hands, besides she could have some cool active like a bite that instakills mansized and turns THP to Green health.

Vampire bae or we riot.

I don’t see an issue with only releasing 1 character for a DLC. Not everyone is gonna buy it, and you’ll have people that stick to their classes. Got a mate who hasn’t switched off Bardin for 300 hours now lol.

Whoever wrote that piece of lore was clearly closet chaos cultist.

In the horrible scenario she ever drags her corpse all the way into the game Saltz should get a special “stake-meter” activated antivampire ability - the meter would increase each time he takes FF damage from “undead ally” and it should be configured in such a way it goes to max after 1.

This is what makes a big game and is what I want to see, immersion.

Lizardmen don’t fit the aesthetic of the Old World, and at every step you have to contrive:

And so on. You can make up “emissary” and “teleport” and “magic” and “magic” all you want but all such asspulls are just crap writing. I know D&D and Warcraft conditioned people to think a party of half-elf half-orc half-dragon kitsune tieflings is totally normal but let’s please keep that out of Warhammer.

You sound like one of those “stop having fun, guys” kinda people in that post, dude. Let people have fun.

I don’t think a Lizardman is hard to justify.

This is a fantasy game, let people play out their fantasies. The biggest thing to me that would be great about this would be seeing Fatshark’s great writing team make the interactions between the more regular characters and a Lizardman. Given that there are never stories from a Lizardman POV, it’s untrod ground with a lot of interesting possibilities. Not to mention that the unique qualities of Lizardmen give a lot of interesting weapon/mechanic options, along with interesting dialogue. And while Saurus are “machine-like” in personality and dedication, we know Skinks are more complex than that; after all, they created their own cult to Sotek, and fulfill so many different roles that they must.

And I mean, story-wise, Vermintide already uses very basic writing. “X is happening here, go stop it”. It perfectly serves the game, but let’s not pretend the overall story is on par with the hidden story of Dark Souls, or the story of RDD. It’s just what it needs to be.

I think exactly the same. By the way, the information about the Lizardmen are very interesting.

Lizardmen, Vampires and maybe even aliens and chaos cultists with doubt is all but immersion.
Our party is all about being elite warriors of the Old World, but that’s it - they are CURRENTLY hero level, but in general, Ironbreaker or Foot Knight are not some kind of supernatural behemoths. Now you want some old dead lady and an overgrown gecko, that are both pretty much “1 of a kind” in the Old World as opposed to “one of a thousands, but brave as hell and blessed by Sigmar”. We can as well play as Karl Franz himself.

To sum it up - immersion is not about making the situation as weird as possible by introducing very very uncommon characters into the team. Immersion is about creating a coherent setting, that is at least partially believable. Vampires and other monstrosities walking along a Witch Hunter would surely work against it.

A wood elf like Kerillian has become a high elf and dark elf, we have traveled to Norsca through a magical portal, Olesya can teleport us around the world and send us to the past … and you tell me that we can´t have a Lizardmen in the team ?

A wood elf like Kerillian has become a high elf and dark elf, we have traveled to Norsca through a magical portal, Olesya can teleport us around the world and send us to the past … and you tell me that we can´t have a Lizardmen in the team ?

We could ofc, but I’d like to see some polls about lizardman character popularity. I personally would be against it since I’m “Old World” kind of a guy.

Now, in regards to your original post, I find the Grey Wizard idea interesting. He would be more of a controller than damage dealer, but there’s a lot of potentially interesting mechanics for him. Something like

This has been taken straight from the Warhammer FRP. Imagine causing terror for non special and non elite units, something like reverse taunt.

Grey Wizard may be the most logical choice. A Warrior Priest or Grail Damsel would also be two good heroes.

There’s actually a few vampires like Geneviève Dieudonné, including the ones she turned herself. She’s known as the reluctant vampire, the heroine of the empire, the rouge Lahmian and so on, she’s a good guy. Don’t know why that’s so shocking for you. And she’s already been talked about by the in game characters. Also, she is from the old world, she’s a Brettonian. Not to mention blessed by Sigmar. But yea, she is old as hell… one of the chicks she turned is well over 700 years. So I guess that puts her at 1,000+

I also find a lizardman coming to the old world a bit weird. Especially since their home is under attack during the end times as well.

I know I wasn’t the one asked, but I had a few ideas.

Lahmians are known for their ability to manipulate others… So what about an active ability that temporarily converts a random number of nearby enemies to your side for 20-30 seconds (maybe 10 seconds for elites, and simply stuns bosses for 5 seconds)?

Alternatively, what about an activated skill where Genevieve lunges forward and drains the blood from an enemy recovering hp (temporary hp?) in proportion to the damage done and health of the enemy attacked.

Or maybe even an activated skill which raises some of the enemies from the dead or maybe randomly raises enemies slain during it’s period of being active for some duration. Vampires in warhammer are known for necromancy, Lahmians maybe not known especially for necromancy compared to other vampires, but still there’s the possibility. Though raising the dead might not make them popular with the empire, so this one might be less of a possibility.

The last possibility I can think of is perhaps entering a mode where Geneveive calls upon her more bestial side as a vampire and gets buffed for 20-30 seconds. Doing increased damage, stagger, and penetration of enemy armor, whilst perhaps passively regaining health in proportion to damage dealt.

Those are my thoughts, again it’s only my opinion of what may be possible, so I’m interested to see what direction the discussion heads.

I like the beastial buff idea, it would be more interesting than simple life steal ability.

I don’t think she needs a life steal, just give her a regen like kerillian. But yea, a power up for a couple seconds would be good. It’s stated she knows magical charms and wards from her time in Japan. So, you could get creative with team buffs I guess or solo buffs.

She also trained the “princess of war”, also known as the “bloody maiden”, and turned her. She taught her necromancy to help her get revenge on the dark elves. So she definitely knows how to do it.

Edit: interesting lore on one of the few vampires she turned, 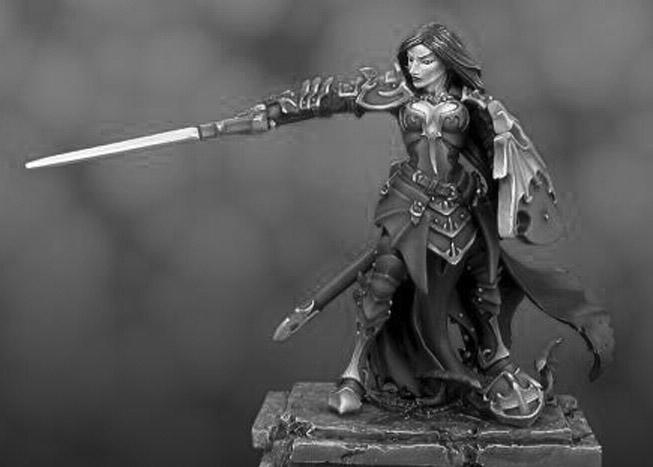 Amelia Jonson is a vampire countess, daughter of Pieter Jonson, the lost count of Argenland. Contents[show] Early life Amelia was born on the year 1896 of the Imperial Calendar into the family of Pieter and Anna Jonson, rulers of the Empire Provence...

If necromancy is accepted enough to be used in the empire’s name and we do get Geneveive as a character. Then I’ve gotta say I would really enjoy a spellcasting subclass revolving around necromancy. It might not be a high dps class, but I could imagine it might be good for crowd control, debuffs to enemies and maybe a couple buffs to the party as they get closer to death or go down (maybe even having a mechanic where you drain the enemies life force (or perhaps power your spells based on power that accrues when enemies are killed near you (i.e. maybe the death of hordes provides a lot of power for the spells?)) in order to fuel your spells)(Also, would necromancy ignore armor?). What subclasses do you think would be a good fit for a vampire character? i.e. what sort of mechanics/roles would you like to see?

As I said - some chaos cultist wrote a piece of lore. A very bad piece actually. I know “sexy gothic chicks” are a good money maker, but the whole idea of getting such a 1 of a kind character into the team is IMO a bad choice. Once again - our heroes are all “regular” members of military organisations. Their ability is of course way beyond that, but purely lore-wise footknight, witch hunter etc. are pretty normal sight. Bright wizard - not so much, but they are quite a lot of those too.
Now, the one and only good vampire is on a whole different level. We already have one super annoying character for people who enjoy dropping every 10s (Kerilion) now there would be a character that is dead from the very beginning.