The addition of the career paths is a good change as it adds more variety to the game, but maybe we could get some new playable characters too. Heck you guys opened up one in the intro, what with the “Rival Clan” line that Rasknitt mentioned at the beginning. Why not add in a Skaven as a playable, from a rival clan to clan Fester. Career options could be for Clan Rat/Storm Vermin, Clan Skyre type for dots or high damaged ranged attacks, and the last could be a Clan Moulder specialization about buffs/support type role. It’d be nice to have more types of characters to play as other than the familiar five from the last game. But that’s just me, not sure how other’s would think on it.

More classes sound always more fun, if they are different playstylewise from the other classes!

My thoughts exactly, and it’d be nice to have something other than the ‘Ubersrike 5’ as Groober put it

hey i wanted customisable characters that i swap out fancy armor on, make the elf a sexy assassin with a long cloak and hood, with black leather armor and throwing knives, but that ain’t happening lol

more classes are fun of course, but the development time is insane for each of them. hopefully vermintide 2 makes them rich so we can have our dreams come true!

A Playable Stormvermin might be interesting. It reminds me of the Halo story line where a handful of the elites defect and you get to play as them. Still this doesn’t seem very likely as although a rival clan might share a common enemy with our heroes they are sure to be an enemy of our heroes as well!

Add both a middle aged romantic Bretonnian man who hits on Sienna or a Burly warrior woman Kislevite who hits on Kruber.

a hint of sexual attraction in the warhammer universe!!! BURN HERETIC!!!

naw, i wish there were sexy elves in the game. kerillian could totally be hot like the farseer from dawn of war 2.

Also: the reason I suggested a Skaven character is it’d be one of the easiest to introduce given the area the group is working in. A lizard folk would have worked had they been in a warmer climate, but a number of the missions seem to be ‘frigid’ and that might give issues to an overgrown Iguana (which would be, again, easily able to fit a number of roles, as some skinks cast magic, saurians tend to use shields/swords, and a Salamander Hunter as the ranged option, so the different ‘class options’ for it could be drastically different in height/build, than just a change of clothes like is done currently)

I would love if we could have another mage class, maybe that uses black magic or something, or classic mage powers, lighting, natural elements or maybe ancient magic.

that uses black magic or something

Untrained, unknowing, or irresponsible magic users who do not care, or have the ability to develop the incredible sharpness of mind required to weave Qhaysh from the Winds of Magic, may choose a more direct, immediate, and dangerous path for their...

Necromancy is the forbidden practice of creating and commanding the Undead via Dark Magic. Throughout the Old World, there are those whose lust for power leads them to explore the basest of arcane lore. These are the Necromancers, and they are...

unless you talk about a Wizard of the Amethyst Order, the Lore of Death 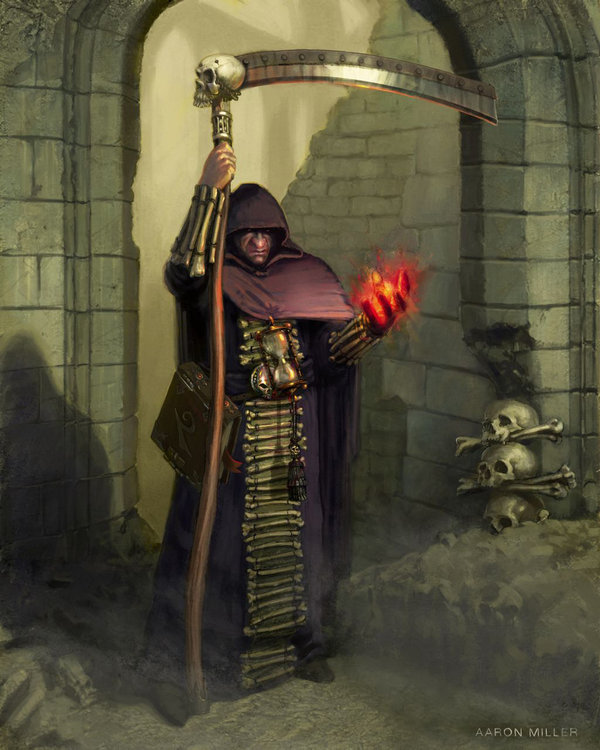 The Magisters of the Amethyst Order, known as Amethyst Wizards or "spiriters," embrace the Purple Wind of Magic called Shyish, practicing "Cessationary Thaumaturgy." This term was adopted in the Articles of Imperial Magic specifically because using...

I’m getting a headache, if I read through this thread and seeing the perverted ideas people want to enforce on such a great game…

I’m not familiar with the Warhammer series, I’ve only played Vermintide because I feels a lot like Left 4 Dead but yeah, they can’t just make up a character and shove him in the game. He needs to suit the game’s style and be accepted in it’s universe but I would love another mage class, anything!

Yeah fire is one of the natural elements, there is also air, water and earth…

This is not your average Korean MMO.

there are 8 winds of Magic in Warhammer:

The eight different winds, and their associated Lores are:

The Winds of Magic, called the Aethyr in Eltharin, or simply just magic in everyday usage, is the name given by magic-users to the invisible currents of magical energy which flow across the world from the Realm of Chaos. This ancient,...

using them in a balanced fashion creates High Magic, just forcing them together creates Dark Magic.

High Magic, also called True Magic or Qhaysh, is the art of using all of the Winds of Magic in harmony and unison, creating some of the most powerful spells known to mortal-kind. Exclusive to High Elves, Wood Elves, Slann, and the Skinks of Lustria,...

Chaos has its own variants, the Lores of Tzeentch, Slaanesh and Nurgle. The Beastmen have the “Lore of the Wild”, a version of the Lore of Beasts but corrupted by Chaos.

In Kislev they have Ice Magic.

The Imperial Colleges of Magic are an important and powerful Imperial institution who is given the task and responsibility for training all individuals who are capable of manipulating the Winds of Magic, and to be used in the service of the State and...

As I said I’m not familiar with the Warhammer series. This is just a topic in the forums, it’s not the brainstorm table of Fatshark for a new character. You are great at making a nice first impression though, nice to meet you.

Hmmm, interesting, I guess there could be another mage class after all. Good to know!

I admire the enthusiasm, but seriously, the game was released 4 days ago. And already you’d like to see new Heroes? A tad bit impatient, if I do say so myself.

I just dislike how everyone here thinks they’re game designers with great ideas and want to implement them, even if they, you said it, have no idea. This is not Diablo 3, where you push out an addon for 15 bucks with a new class everyone will want to play, ruining the matchmaking in this game. These are the same characters as in vt1 and I think it’d be possible to implement a new character, though it wouldn’t make much sense. You saw the destroyed cities? Everything is burning and everyone being dead?

These are the End Times.

Did you miss how I specifically stated it would need to be something that could fit, and would make sense in my OP? Yes, the game just left beta this past Thursday, but all the characters? Same as from the first game. Yes, the career path bit is nice, but even the back and forths are pretty much the same. It’d be nice to have something new in that department, thus my original suggestion. The first time Sienna comments about Bardin’s drunkenness is funny, the 10,000th time you’ve heard it since the prior game it’s just…ugh