Just thought I’d create a poll listing just about every option I’ve ever heard bandied about for a new character. I may not have everything, but I think it’s a fairly exhaustive list, including some really outlandish ones I’ve heard (even by my standards!)

Vote for up to two!

I voted for “other vampire” and “Greenskin” because they would have the most unique gameplay options. They would never work in the current team though - Salty would kill the vampire and Barding would kill the orc.

Joke vote: The Ogre, because we need our lord and savior Shrek in the game.

Serious Vote: High Elf (mage), because it would be nice to have a second magic user in the party. Each career could specialize in a different type of magic.

Yes, this poll is coming along nicely. And it’s public, so I can shame the people that don’t vote correctly.

Also, good man for not giving the option to pick another filthy dwari. One is more than enough.

Literally me when someone finally adds an Ogre option in the poll: 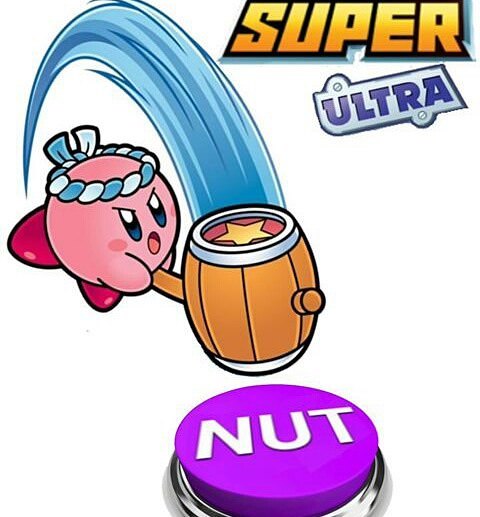 None of the above.

How would this new character even fit in with how all of the heroes met?

Where was this person during the events of Vermintide 1??

Where was this person during the events of Vermintide 1

Well, the events of V1 took place in a completely different city. And the city we’re in now is the gate way to the mountains, basically towards Brettonia. I don’t see what your point is?

I also don’t see how a new hero joining the group is a bad idea because they weren’t there for V1? Lohner has a network and multiple other people working for him. Would it really be that much of a shock for him to ask you to go rescue someone? With that person then joining the team?

BTW @BizarreSalp you set the poll to be able to vote for 14 options, not 2 XD

I really want a skink in the party but it would have the fatal side effect of me being distracted every game as I “aww” and “ooh” at how cute it is the entire time.

No Warrior priest, WHAT?!
Tomb Kings…

Wait what?! What kind of heresy is this?

How would this new character even fit in with how all of the heroes met?

Don’t forget that this is a living and breathing world. Just like in any other story (book, movie or video game), you could have additional characters show up and join the main cast. The U5 would be suspicious towards that new character but it could work.

To the grudge book, all of you!

I want a vampire character so bad, also as much as I would want Geneviève I dont think she would be on the same level as our characters and she is to much of a famous character to be included but if we would get another vampire like Urzen or Gashnag I think it would work out. I think these characters would work because they are not evil, ( well maybe they are a little, but who isnt int this world) I mean Urzen is known for his hatred of lahmians and even helping witch hunters kill vampires and Gashnag, he tries to be the romantic hero and he also cares for the people he rules over.

Edit : I also voted for the brettonian because that seems the most probable choice that Fatshark will make for the new champion.

wut I selected the correction option when making it! XD

No one mind Shella, she’s a hater troll who pops up now and again, usually to talk about how she’s done playing the game.

Ahh, my poor Skink option is getting hardly any votes! ;~;

@LordRhinark
I have no idea how an Ogre would work, with his size, unless he had 500 HP and couldn’t dodge and clipped his torso through every doorway, but . . . I mean, I did try to put in everything I could remember hearing bandied about. XD

@Angerblaze
Warrior Priest is obvs Salt’s new career! And I’ve heard people mention a Tomb King - I literally tried to put on every option I’ve heard. Though I did forget a smelly Dwarf.

Skink is clearly only true answer here but I do think this poll is missing a second Dawi character.

Please can you add an option “Just keep the Ubersreik 5 and shut up about it!”

I did intend to originally put a “Stop having fun, guys” option, but I forgot.

But seriously, I did intend to put “no new characters” as an option and forgot. I was too busy trying to remember the weird suggestions like Ogre and Tomb King. XD

I literally tried to put on every option I’ve heard

What about option to not getting new character and giving more content to existing?

We need someone more buffed and muscular for a classic Warrior Priest appearance, Saltz can’t pull it of.

He could have used Sigmar-brand Protein Powder and gotten ripped! (Since, you know, this would be an alternate career path after VT1 so it’d be past-tense)

@Perteks, I meant to include that option, but I don’t think it’s that big a deal, as this is clearly directed towards those who DO want new characters, not if they should be a thing at all.

I really want a high elf archmage (or better yet, a rogue dank elf sorceress. A wood elf spellsinger would work too otherwise) that uses a different lore of magic for each of their three careers.

A vampire would be great too, ideally I would want one that chooses between blood knight-style melee combat, then lore of vampires and say lore of death or shadows as the second and third careers.

I really want a skink in the party but it would have the fatal side effect of me being distracted every game as I “aww” and “ooh” at how cute it is the entire time.

Skink covered from crest-to-claws in the putrid blood and festering guts of dead rotbloods, standing on a pile of freshly flattened, squished baby nurglings

While screaming about BLOOD FOR SOTEK!

But I mean, Skinks are adorable.

When I made the poll, I thought “has anyone ever suggested a Dark Elf?” I couldn’t recall any times (and while I’m of course fallible, I’m drawn to these types of threads like a fly to honey), so I didn’t add it. XD YOU MAY BE THE FIRST!

Totally agree that different bloodlines would be great for a Vampire, though it’s not really loreful. As much as I love Genevieve, seeing a hulking Strigoi RIP AND TEAR with huge, claw-like hands would be pretty awesome.