The rise of toxic players?

I believe a toxicity-free community is very conducive to a good multiplayer experience.

On that matter: I hate Riot for introducing this word to the video game community, its a get out of jail card nowadays, nothing more.

It’s a shame how toxic some communities are.

But for every predatory company or executive, there are devs who are very passionate about their games, and their communities.

I think they are trying in earnest to have as many people as possible enjoying their games in a positive manner.

I think they are trying in earnest to have as many people as possible enjoying their games in a positive manner.

Let’s not forget there is a correlation between toxic players and hate-speech. 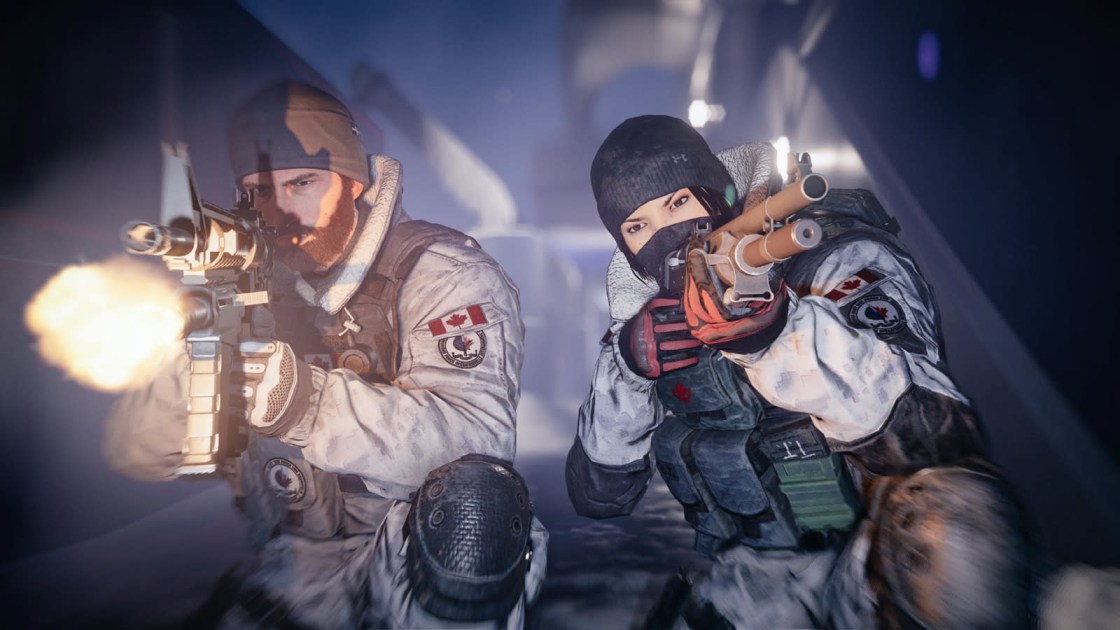 It's not just Blizzard taking more aggressive steps to fight toxic behavior. Ubisoft has revealed that it's implementing an upgraded system for banning players who use hate speech in Rainbow Six: Siege matches. The developer now tracks how often...

I guess were at a impasse then. Now I understand your point, I seen it many times in the years of this culture war we found ourselves in.

But while the media sings there praise to companies that gone far to eradicate toxicity like marvel or magic: the gathering. There numbers don’t lie. Both of there franchises are dying with marvel only being kept alive with there movies.
I can’t put much trust in entertainment media with topics like these. Least of all gaming media who have in many cases clearly shown there political leaning.

Now I understand your wish for a more “civilised” or in my view censored future. But it would be a horrible place in my eyes.
Not only would the means to get there have to be Orwellian but it would mean the death of gamer and internet culture. A culture that needs a bit of roughness to exist. With its crude memes, dark jokes and trolls.

It creates a environment that is more open and welcoming then any I ever found.
I wish you all the best with your goals and efforts, but I hope with all my heart that you fail.

Let’s not forget there is a correlation between toxic players and hate-speech.

I have experienced hate-speech in other games. But in Vermintide, not yet. I hope it remains that way, and that a report system is made functional.

Can we have a Fatshark Dev Team reply if they intend to work on moderating player toxicity?

It’s something I am pursuing as a pet project, so to speak, but I’ve no concrete details at this time.

Thank you for your continuous hard work!

Just knowing you guys are working on it is enough!

The second you can’t play a game the way you have fun playing it should be the second you reconsider playing that game.

when game developers create a game, they define what experiences they want their players to receive. in vermintide, they want players to work together to complete the map and it’s objectives. AI opposition is focused on dividing and disabling.

sure, you can have fun playing in whatever way you wish. but ultimately, the game is about completing objectives, and if the way you play doesn’t really help in its efficiency, you’re gonna be grinding against the players who want to complete things in a more efficient manner.

same as in any sport or activity really.

it wasn’t so bad in VT1 because there weren’t that many of us. we were happy just to have players who were competent so long as it was obvious those players weren’t leeching (i.e. by showing up in a cata game in green gear and at 60 levels before you should even think about it).

in VT2 though, i feel like the game’s become slightly mainstream, which means lots of teenagers who shouldn’t have been able to buy the game in the first place. ~_~;; and teenagers = hormones and emotions + the anonymity of the internet = bad things

there weren’t that many of us

I don’t think it’s very cool to divide the community by “us” and “them”. We should all be “we”. I feel segregation is seldom a positive thing.

I feel it’s great Fatshark’s game finally reached more people, I think it’s wonderful. I always felt it was such a shame that I couldn’t find many people to play VT1 here in my zone.

can we rate players at the end of a game?

I like the rating system! But what kind of functionality would it have?

There will always be a need to put players in some groups if you wish to attract a larger audience in games.
These groups take into account available playing time, money, age, skill level and more.

If you don’t take these into account you can and up with horrible stillbirth of a game like dawn of war III. A game that might single handedly killed a game series.

And while I agree we should be united outwards we can’t ask the players to do so in the the community.
It’s human nature to create groups and unless everyone in the game enjoy exactly the same playstyle and in general are clone of another. There gonna create groups with like minded inside the community.

The best thing we can do is keeping the peace between them and try to make them work together.

If you don’t take these into account you can and up with horrible stillbirth of a game like dawn of war III. A game that might single handedly killed a game series

oh god. that game wasn’t bad because they didn’t take demographics into account.

it was bad because GAME DESIGN WAS TERRIBLE. they basically discarded everything that made dow2 great - detailed boss/unit fighting, quality squad based combat, cover system etc… and just made it into a generic old school command&conquer game. amass units, charge. awkwardly placed cover spots were so far away and useless.

i think all their budget went into the trailer movie.

They tried to make a popular, accessible to all moba like game. Their other dawn of war was more like there base line Company of Hero’s gameplay. The changes and market wording showded that they clearly was aiming to switch to a larger more easily marketable audience.

they failed and they screwed up the dawn of war title and i shall never forgive sega for that monstrosity!!!111

Oh there’s no blaming sega on this one I’m afraid. From what I heard they only get involved in there studios when they starts to lose money. And before dow 3 the studios had done just fine. Last time sega got involved in any of there daughter companies they bitch slapped the total war studios into going back to there roots.

I think that PvE coope game is the most friendly environment you can hope for. You need to help each other and work together in order to do well. I’ve been playing part 1 up to cbt, and one thing I really enjoyed is community.

But whenever there is some fresh blood from steam sales, overall toxicity in pub games grows. Obviously, with pretty crowed launch we see a lot of players, who are yet to understand that cooperation is a must. Most of toxic players would have either change to be nicer, or exit the game. I really don’t think there should be anything done to fix this problem, aside from time doing it’s work. If anything, I would like to see a reward for being nice and some sort of “be friends and help each other, if you hope to survive!” banners, for new people to understand this concept.

Oh there’s no blaming sega on this one I’m afraid.

i don’t know. i’m broke my no-preorder rule for dow3 (and vermintide2). i was really really really looking forward for dow3 with similar mechanics to dow2 - it was quality tactical combat.

disappointing to the max!!!

Most of toxic players would have either change to be nicer, or exit the game

you can’t change attitudes of people, but you can change your behavior towards them.

i generally hate it when people seem all out to ruin other people’s gameplay. things like deliberate friendly fire, purposely trying to wipe the team, abusing innocent players on chat, i would kick them out of my games asap if i had the choice.

best thing we can do is ignore them for now

It will eventually, but there is always smth you can do to make community healthier. Just providing a good example of being nice and explaining that this game is co-op and you should help each other out, rather that blaming , kids animation style I guess, there is no “I” in team rant

It could go a long way.

2 Likes
← previous page next page →
Why not join the Fatshark Discord https://discord.gg/K6gyMpu