There seems to be some sort of major input lag in high density situations.
if many enemies on screen my charged shots as psyker wont go off and i cant switch weapons.

PLEASE POST CRASHES AND ERRORS IN THE ‘TECHNICAL SUPPORT’ CATEGORY INSTEAD

We kindly ask that you complete the questions below. With this information, we can add it to our database for investigation.

Issue Description:
when I switch weapons I have to press the button 4 times or it does the animation but then goes back to the first weapon I had out

Steps to Reproduce:
[Please add the steps that can help our QA department in reproducing the issue. For example:]

**Mission Name (If Applic
Every mission

Reproduction Rate:
Every time I play and it is very frustrating in combat

Upload Supporting Evidence:
I dont have any video evidence

Upload Console Log:
It seems more of an in game bug then a technical issue I guess

Upload darktide_launcher.log:
no need to

I experienced similar issues which seem to be lag related, posted 2 weeks ago under the performance feedback category:

Issue Description:
I often run the game on slow internet connexion and I am experiencing the following, on average once or twice per run:

I dont think these are related to a specific map or a specific spot. All classes are equally affected.

VT2 did not have the same issues. What would happen on slow internet was :

These were challenging ; aggressive play was difficult on most classes, but playing on legend/cata difficulty was not impossible.

However, current Darktide input issues are… way worse. As a result, the game is not as enjoyable on low/medium difficulties (2-3), and borderline unplayable on higher difficulties (4-5).

Fix:
I switched to 4G mobile data hotspot to compare. Input lag is less severe, but all the points raised are still an issue on a frequent basis (75% of all runs).

Thanks for your support, and Happy new year.

Not sure if this is an “input lag” related issue but I’ve been seeing things like this a lot with the chargeable weapons; a ‘ghost shot’ of sorts that requires me to fire again.

My special action is on button 3 & it’s so hard to click it that I remember to use it only when I have the flashlight…It’s almost imposible to click it when I dont want it to be clicked on my mouse & I am sure that it wasn’t I miss clicking it.

Not sure if this is an “input lag” related issue but I’ve been seeing things like this a lot with the chargeable weapons; a ‘ghost shot’ of sorts that requires me to fire again.

I have this “bug”/“input lag” issue, too! Really strange.

UPDATE: I happened to be moving and got a new ISP. Where I was getting pretty steady 150 mbps and 60 ping I am now getting over 300 down and 9 ping. The issue has disappeared completely. Now I am experiencing some FPS drop where before I would have great fps all the time but I would have to press an action 3-4 times for it to work. Very weird that the problem is fixed but a new problem steps up where it wasnt there before.

It’s strange that i never noticed this in the beta but the past week it’s gotten considerably worse, can’t weapon swap at times or sprint.
It seems to happen mostly on higher difficulties when a horde is incoming & you have many units on screen at once

Edit:
Just been put in 2 games in a row with players from the US and then a group of players from Australia.
Could this be why we’re getting bad latency issues? I would of thought this wouldn’t be an issue with dedicated servers.

After the last major update, I’m having lag imput only with my keyboard, it wasn’t like this from the BETA and during the the official lauch. i’ve tried everything to fix this:

and after all that it still happens. Darktide is the only game that I’m experiencing this.

This bug happens randomly, it doesn’t matter of the mission and/or the global condition. I’ve noticed it doesn’t happens in the Mourningstar, only in missions.

Thank you for your report! Do you get this issue in the Meat Grinder (Psykhanium)?

I’ll make a test as soon as possible!

Negative, it doesn’t happen in the Meat Grinder (Psykhanium), only in multiplayer missions.

Here’s a weird one I was able to capture.

Issue Description:
I use the Ult at frame 106, animation plays and I get the burst of speed. At frame 116 the Ult is fully charged again and the speed boost stops, as if it never happened. I then use the Ult again at frame 247 successfully.

Issue Description:
Keyboard/mouse input client side are ignored or overwritten by server:

Happened today, noticeably worse than before

Some of these may be lag related, but not all.
Furthermore, I want to highlight how terrible they feel in game compared to VT2.

On heresy as soon as a horde came, nobody could switch weapons. Fix your servers ffs. Like, nothing in this game works as intended or is broken.

Every game in damnation or heresy is laggy, the input lag just sucks. Are you using wallmart servers or something?

Issue Description:
Input lag and rubberbanding worsening. Pressing inputs to change weapons, attack, or use abilities often results in the animation playing but no effect. Some examples:

I’ve encountered this issue since I started playing the beta shortly before release, but it has worsened lately. Initially, it was once every few missions. Now it’s upward of a dozen occurrences per mission. Generally repeated attempts at the inputs continue to fail for the 2-3 second duration of the “episode”.

Additionally, general lag and rubberbanding has become more prevalent as well: enemies and allies freezing in place and snapping around, ranged shots not connecting, etc. A common problem is swinging my melee weapon at an enemy as they’re attacking. My weapon makes contact significantly before they do, but this doesn’t register on time, resulting in me being hit before the game registers their death or stagger. 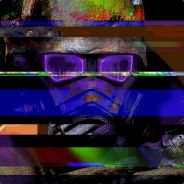 Issue Description:
As of the new Jan 25 Patch, I am now experiencing weapon swap issues. As many, many people above have described, the swap animation begins, says NOPE and cancels. Have to slam the weapon swap repeatedly until it works. This is a big problem when enemies are closing in and you can’t pull out your melee weapon for some reason.