During the release stream of V2, somebody at fatshark said they are running out of weapon ideas. So I thought I’d post some ideas of my own and see what people think! Feel free to give feedback, criticize and add your own ideas.

I have added some class restrictions to some weapons which are (in most cases) completely optional. I think it’s worth trying to make some of the less played classes more interesting by giving them some new tools.

Scoped Rifle (WHG only, since it’s too cumbersome for a bounty hunter):

Spear and Shield (Handmaiden only):

7 Likes
New Weapon Ideas For DLC
Spitballing weapon ideas because that sure is an original idea no one has ever thought of before oh boy I sure am creative amirite fellas
DonaldTrump April 8, 2018, 2:23am #2

Similar to the flame wall staff idea - how about if it shot out a mobile small wall that moved in the direction you fired it (at a slower rate than normal fire). So it burns anything it touches or passes through it as it travels. In fact, it does not have to be a wall. It can be a flamming head or flame tornado. 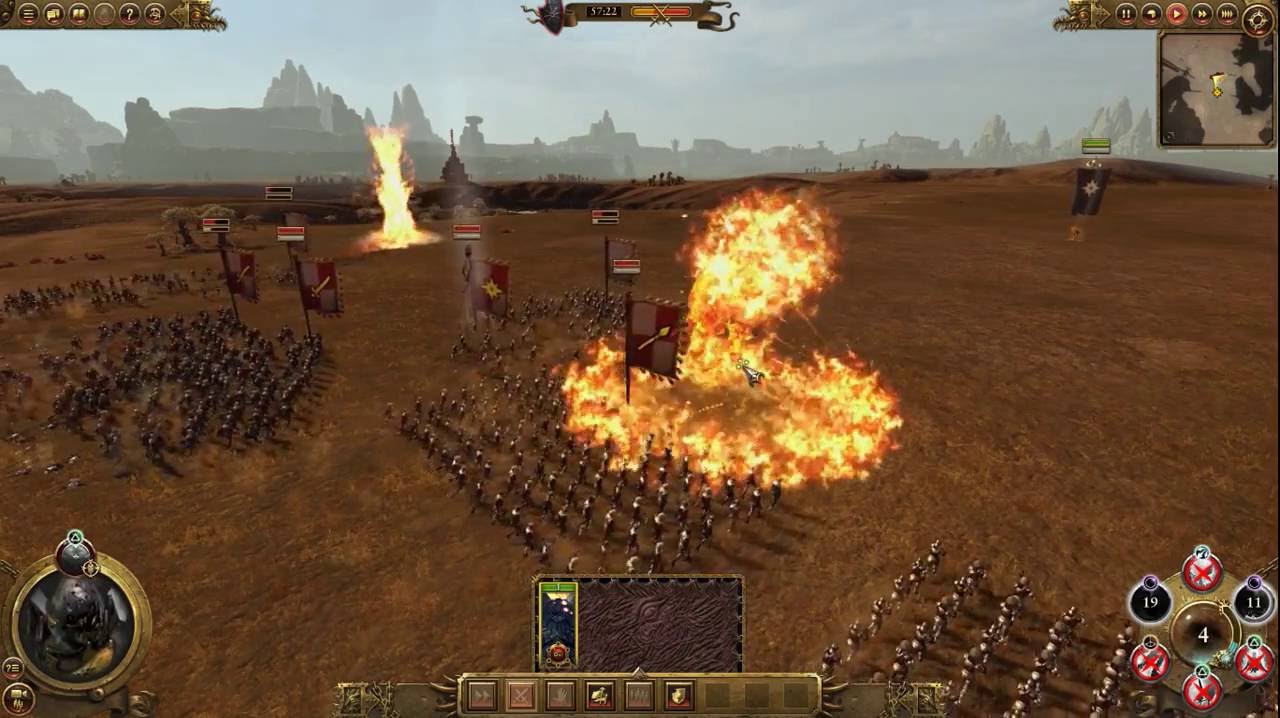 mobile small wall that moved in the direction you fired it (at a slower rate than normal fire).

i really like the idea, kind of like the symmetra wall in overwatch, only fiery and deadly

low damage output, comparable to Saltzpyre’s Rapier special
has Stamina shields (1.5 - 2), so you can block and push with your ranged weapon

Scoped Rifle (WHG only, since it’s too cumbersome for a bounty hunter):

Fun ideas but I have to object to some of them.

comparable to Conflagration Staff, but creates a wide Wall of Fire
Wall grows in width the longer it is charged
wall remains active for a couple of seconds (~6-8), enemies passing through take fire damage
low primary attack damage
primary attacks fired through the wall have their damage drastically increased

The flame wall will be too situational to actually have a use, the hordes will usually be able to just walk around. Also it creates immense visual clutter which makes specials harder to see, and the wall will probably CC your own team just as hard as the enemy if FF is enabled.

About the lance, take a look at it:

Note how he holds it. It’s rested underneath his arm because it’s too heavy to hold any other way. It’s also not very sharp because it’s an impact weapon.
A lance gets its power from the horse, not the knight himself. The weapon is for cavalry charges only. A man walking around with that in his hands is kinda ridiculous.

i think there are ways to make the lance work (maybe a pike is a better example), but you are right about the firewall staff. it would be hard to properly implement and make it work in the game

i really appreciate all your feedback! the lance would probably look a bit out of place in the game

let’s gather some more ideas if you guys have any!

a friend of mine mentioned the german Saufeder, a “boarspike” which has been used for boar hunting. it’s a spear with a cannon/pistol at the end. that could be a lot of fun in game

I’d give the scoped Nuln Rifle to Kruber, personally, but those do exist in lore! As for the lance - give him an Awl Pike/Ahlspiess instead, it’s an actual foot weapon that does the exact same thing. It’s also an actual weapon from the area of Germany and so would feel appropriate for the Empire IMO.

I’ve had some ideas as well - fun to think about! I think the biggest difficulty is really - what do they do that other weapons don’t already do? And at the same time, without rendering other weapons obsolete?

For Sienna for melee I was thinking:
Sickles - Single or Dual, she could use a dual hand option to synergize well with the melee focus of Unchained. Roughly in style like ancient Khemrian weapons, it could even be made of bronze to indicate its oldness, and basically be empowered with magic to make it more formidable.
Ranseur - a type of pole-arm (with three points, almost like a partisan) with good reach and control, but not as fast as Kerillian’s. For her back-line roles she could really use a defensive weapon with a nice reach.

I have NO idea what to do for new staves; maybe one that created mini fire twisters similar to a Blightstorm, but smaller - the longer she charges it, the bigger it would get and the longer it would last - or maybe it actually lasts as long as she channels it? I know she has a lot of CC already, so this was the only thing I could come up with, as it would give a longer-lasting CC against smaller enemies to help when, say, there is a boss and a horde. She could CC the horde very well this way, though the damage wouldn’t be terrific.

For Saltzpyre for melee I’d suggest:
Great Flail - a two-handed version of the regular flail, with more crowd control and perhaps some innate armor piercing, though not the best damage against armor.

War Scythe - it feels fitting for him, though it could also be a Sienna weapon. Wide sweeping attacks, almost like the XSword. Might make his two-handed sword redundant or be just a worse version, though.

Falchion/Rapier and Buckler - a more defensive version of either weapon, with a small buckler. Best part is that he’d punch enemies with the buckler!

Goedendag - a historical weapon that was basically a club combined with a spear. Can be used for bashing or stabbing. I’ve heard of some clubs with gun barrels in them, too, so this’d be a really cool option to give a tertiary attack of a short-range innacurate gun attack, maybe like a mini-blunder, that would be good for damaging a Stormvermin/Mauler as you approached. This would also feel . . . thematically very right for a Bounty Hunter, you know?

For ranged, he could get Duckfoot pistols for a better crowd control weapon, though they are a bit goofy looking.

For Kerillian, I wouldn’t give her any more melee, but she would make sense to have javelins as well, and perhaps a bow that shot fire arrows. Not a crowd AoE, but would put a nice fire DoT on enemies hit. Maybe could even light up dark areas?

For Bardin for melee, I’d suggest:
Doomflail - an axe bladed flail, basically. Canon in Age of Sigmar, I think.

Seax - a short utility sword/long dagger. Bardin is already considered an oddball, so the idea that he might have a utility dagger/short sword is reasonable. There are even references to Dwarves using swords in some of the later Gotrek and Felix books (even into the End Times era). They’re considered ‘odd’, but like I said - Bardin himself is already an oddball by Dwarf standards.

Bardin has a lot of options for new ranged weapons:
Dwarf Pistol - I’d made these a six-shooter revolver that is kind of a hand cannon, but with a long reload.

Throwing Axes - seem kind of obvious, I guess. These are even a well-known weapon for Dwarf Rangers.

Trollhammer Torpedo - Yep. The big boy. This thing would have heavily limited ammo and a huge reload, but deal big damage to bosses and maybe stun them/knock them back. Perhaps slightly inaccurate as well. It couldn’t have a big AoE, so it doesn’t replace bombs for hordes, but would be like the ultimate in anti-single-target weaponry. Perhaps it’d be impossible to balance . . . but damn would it be fun.

I just want to see more career specific weapons introduced. It’s a shame that each career does not have one, so I want them all to have at least one in the end that no other careers can use.

Kerillian’s shade has the volley crossbow.

Markus’ huntsman got the bow.

Bardin’s slayer got the dual axes.

And that’s it. I don’t consider Bardin’s mace and shield/axe and shield a career specific weapon, since two career’s can use it, even if slayer can’t.

I have a few ideas for what I think some careers could get.

Sienna’s Pyromancer could get a staff that only that career can use, since it is a career that is based on range. Not sure what kind of staff though.

Sienna’s Unchained however could get either dual-wielding flamesword/ceremonial daggers/flamesword and dagger, or Fireclaw gloves (imagine gloves with a blade on each finger a la Edward Scizzorhands style minus the thumb and proper hand support + flaming).

I like the idea of giving Kerillian’s Handmaiden a Sword and Shield, but she could also get a kind of dual edged spear (think of Darth Maul’s lightsaber, but with metal swords in terms of look. Not sure how else to describe it). Or maybe a Warglaive?

One of Saltzpyre’s Careers could potentially get a whip weapon. Or maybe that’s something for Sienna?

That is all I can think of right now. What do you think? At least one weapon per career. ^^

Edit: Corrected all carrier’s into career’s. I thought something looked strange.

Will throw this comment into it’s own separate topic too.

War Scythe - it feels fitting for him, though it could also be a Sienna weapon. Wide sweeping attacks, almost like the XSword. Might make his two-handed sword redundant or be just a worse version, though.

I would love to see this for Sienna. Imagine the Unchained swinging a burning Scyther through the masses.

Trollhammer Torpedo - Yep. The big boy. This thing would have heavily limited ammo and a huge reload

One of Saltzpyre’s Careers could potentially get a whip weapon.

It would fit so well for him.

If the Trollhammer was tied again to the Ironbreaker, it could get around the Ranger passive breaking it (though it’d suck to have yet another weapon be exclusive to that career imo).

Agreed. I think IB already has access to quite an amazing arsenal

Man the greatflail sounds absolutely bonkers. No idea how you’d make it work but it sounds awesome.

I also like the idea of a buckler for WHC, though it shouldn’t focus on stamina since Salty isn’t a tank. They should give it some sort of mechanic to do with blocking, like a parry where timing a block will stagger the attacker, or make it possible to attack while blocking. Since a buckler is dueling weapon primarily I think it would fit Salty’s single-target specialism well.

Similar to the rapier + pistol, they could have a rapier + buckler. The power attack would allow you to attack along with a single shield defense.

Even the Chaos Gods fear them.

actually, a grenade launcher would be a weapon for Kruber. Afaik Dwarfs don’t use such weapons, but Empire Engineers and some Outriders (the guys who also use Von Meinkopf’s whirling cavalcade of Death), in fact, do.

Pikes: there is a reason, why they are used in Pike Formations and not really by a single person…

Great Flails were pretty awesome and powerful weapons in history! They were iconic of the Hussites, a splinter group of Bohemians who used them to great effect, beating the snot out of two crusades - wouldn’t be out of place at all in the setting.

Hopefully it would still ignore shields!

Pretty cool man, I never knew about great flails. Looked them up and they do look like they offer a very righteous method of purging the heretic.

actually, a grenade launcher would be a weapon for Kruber. Afaik Dwarfs don’t use such weapons, but Empire Engineers and some Outriders (the guys who also use Von Meinkopf’s whirling cavalcade of Death), in fact, do.

Yes, I agree. Kruber with a grenade launcher would be amazing. (does it show that Kruber is my main?