Note that some of these weapon ideas may have already have been suggested in the past.

In any such case, I’ll give you 5 Robux, a trip to the local Burger King, my limited edition Nerf Strike Elite Blaster with sword and taser attachment that I use to mug people with (results may vary), a beyblade that some strange street vendor sold to me in exchange for an unreasonably large sum of money, the deed to my house, the ownership of a salt mine I had in Pakistan, my firstborn son, and practically any hopes I had for having a future, since he said this beyblade was going to turn my life around, make me lose a lot of the weight I gained from binge-eating to escape the reality of my life, get me the confidence and self-esteem I desperately need, cure my chronic diarrhea-herpes, and finally get me a girlfriend, but guess what, it didn’t frukking happen, and this beyblade has proven itself to be the epitome of useless as I now eke out the rest of my existence in a cardboard box in the middle of the street waiting for people to pity me enough to give me money just to pay off the crippling debt I have for this godforsaken piece of plastic, which only purpose is to spin day in and day out until the day I can’t take it anymore and I either end myself or someone else does, some seaweed I found on the beach the other day (note that beach is synonymous with junkyard and seaweed is synonymous with piece of plastic), and an unrestrained, unquantifiable, and mercilessly thorough consumption of your ample posterior if you’ll keep quiet and don’t tell anyone on me for plagiarizing their stuff.

As always I’ll be starting with suggestions for Kruber and then ending with Sienna since Kruber mains are oppressed and Sienna mains deserve to get euthanized by the mass. 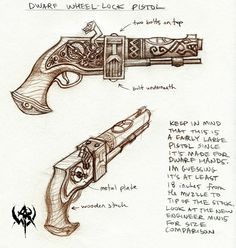 That’s all I could come up with, and even then, a quarter of the total ideas in this post were just blatantly stolen from someone else.

Feel free to come with your own suggestions that you haven’t already come up with in the dozen other posts concerning new weapons that’ve already been created ages before this one, or just tell me how garbage the ones I presented are.

That’s all the time I have. I gotta get back to playing Animal Crossing: New Leaf on my Nintendo 3DS as I pretend my life isn’t in the hellish conditions it actually is in.

How about FS adds the lore friendly kalashnikov

In all seriousness though, that’s a pretty nice list.

Hey, you know, I always love threads talking about weapon ideas. Just fun to think on. (And no, I don’t mind you referencing my past thoughts! :D)

Comments on your suggestions:

Spear and Shield would make total sense, but given how boring shield weapons are already, I’m not sure if it’d add that much to the game.

Crossbow does make total sense, though it’d be nice if it was somehow different from Saltz/Bardin’s. Maybe it could be a heavier one with a crannequin? Although he’s already got a weapon with high damage.
Grenade Launcher: YES, though I’d make them a bit weaker than how bombs are on Live.
Axe and Hammer seems fine, probably what we will get next . . .
Dwarf Pistol is a great idea. I imagine it as being the “big stronk pistol” of the game, like how .44 Magnum or Desert Eagles typically are in shooters.
Blasting Charges would be amazing to see. I wouldn’t make them as strong as Live version bombs, though.
At first, I was thinking; don’t Trollhammer Torpedoes explode? But besides the fact that they do in Total Warhammer, I don’t see any reference to it. It seems they just shoot a spiky torpedo. O_o
Make the Sword and Pistol use a saber - it literally does in the pic you had. The Saber could have at least some different qualities than his regular sword . . . even just a different attack pattern would be enough, IMO.

Some other ideas (and I’m following your example and putting pictures!)

An idea I’d like to see for Kruber is a Carbine; just a cut-down handgun that has good hipfire and damage, but can’t aim - instead it has a bayonet that he can use for single-target AP attacks. Low damage, but a higher-than-average crit chance, so you can use it with Scrounger to keep topped up on ammo - not as well as the Blunder, since it will only hit one enemy at a time.
Carbines did exist as early as the 16th century, as we can see from this example:

400_1-lg800×590 11.8 KB
And bayonets are definitely a thing in Warhammer, or at least are totally acceptable to add, as Zombie Gunnery Mobs w/ Handguns from Total Warhammer II have them.

Another great option for Kerillian that would shake things up for her would be an Asrai Javelin! It is mentioned in lore, as being magic so that it can go right through armor. I imagine it would be similar to the Throwing Axe, perhaps less damage, but can pierce enemies. I’m not sure how you could justify giving it something like Bardin’s Rune of Flight for re-summoning it, but I suppose it could just like . . . magically grow a new one in her hand, with the old ones disintegrating or something. This is exactly how Orion’s spear works in Total Warhammer, and though he’s a god, I could imagine something similar working for a Waystalker. They are kinda special, after all.
Linking art of Orion, because it shows his spear and at least gives some thought of what an Asrai Javelin might look like.

For Saltzpyre, the first that comes to my mind is the Comet Flail. Okay, so he’s got a regular flail, and Sienna now has a Fire Flail, but this could still be unique.
A picture:
https://vignette.wikia.nocookie.net/warhammerfb/images/9/9f/Comet_Flail.jpg/revision/latest?cb=20160927212244
Now what I imagine could be used to make it more unique from the existing flail would be to make it a Great Flail/Two-Handed staff flail.

Arte_De_Athletica_2b1086×742 530 KB
So imagine that, with two flaming heads. It could have unique attacks like spinning it in a full circle to hit enemies all around Saltz; which would also fit Zealot thematically quite well.
PLUS! Fire is a great purifier.

Honestly kinda surprised we haven’t seen some fire worked into his kit yet. If you could make a torch more believably weaponized, it could would seem really fitting . . .

Speaking of combo weapons!
Why doesn’t Saltz have a Stake and Mallet! They could literally start as a super-simple wooden stake and mallet like this (for a basic skin):

d2w6mpf-0aae3f95-a788-4b2c-b6ce-ecd88477bb32900×587 707 KB
In gameplay, he’d attack with both, and the mallet would be like a mace/1h hammer, in that it’s low-damage, but high-cleave, while the stake acts more like a stabbing dagger.
The charged attacks would be most unique, as the first would be a heavy stab with the stake, and the follow-up is the mallet hitting the stake to drive it in - this second hit would have crazy high damage and AP, I think. And how satisfying would that be?

Another one, one of my faves, is the so-called Holy Water Sprinkler, a reinforced club with spikes, a spearpoint, and a gun built into the head!
Here it compared to another mace (on the bottom):

Combination%20mace%20and%20gun%20-%20Holy%20Water%20Sprinkler%20(1501-1530)1920×1369 106 KB
My thought is that it would be like a mini-blunderbuss as a special attack. It wouldn’t clear waves or annihilate Maulers in one shot, but it could be used to stagger hyper-density very well. Its attack pattern would be like a baseball bat, roughly, and the occasional heavy stab with both hands using the spear tip.

Bardin still has some other cool options!
First is, of course, the Doomseeker Flail - literally an axe head on a long chain.

Doomseekers_Dwarfs_Storm_of_Chaos_6th_Edition_miniatures1108×1028 234 KB
Look, that’s just awesome. Maybe doing a chain that long would be trouble, though.

Next is the Cog Axe. It’s a giant cog, as an axe. These are totally loreful, though are mentioned specifically as being used by the youngest Dwarven Master Engineer ever, Grimm Burloksson. It does not say that his axe head rotates, but it does say it can catch other weapons using hydraulic power; if that does mean the head rotates, that can make it hella unique: charged attacks could involve charging it up to unleash a constant stream of weaker hits - just kind of grind through armor or hordes with it, like a melee Drakegun.

Finally, is a long-requested one that only seems sliiiightly lore-stretched, the Caestus. I can’t think of anyone it fits better than a Slayer, and while they typically just use axes, Slayers in the fluff have often used all kinds of various weapons if the fancy strikes them.

jpg%20large667×1024 246 KB
So imagine a Dwarven version of that, made of metal. It could utilize light attacks, charged attacks, and the special attack button to allow players a really unique way of doing combos, almost like a light fighting game. I’d imagine they’d have a very high skill ceiling as you learn to utilize certain combos for different scenarios.

On to Sienna; I honestly think you can give her the broadest selection of melee weapons in the game - she’s the one character who has travelled a lot outside the Empire and also has no cultural inclination to dislike foreign things. I could totally imagine her using Lustrian or Khemrian or Cathayan weapons if they were interesting to her, and/or more importantly: were magically imbued. Given that her options are so open on that, I’m just going to suggest a couple staves.
Most of Sienna’s current staves are inspired from spells from the Lore of Fire; Conflagration of Doom, Bolt of Aqshy, Fireball, Flame Storm . . . So I looked there for inspiration.

The first (I have no pictures for these), is the Sanguine Staff. The light attack is simple, shooting pointy arrowhead-shaped bolts relatively quickly. When you do a secondary attack, the weapon starts creating fiery Sanguine Blades around Sienna, the more you charge the more are made, up to, say, six. Pressing the secondary fire again begins launching these high-damaging, AP swords again. Good headshot multiplier. Pressing primary and secondary fire will launch all six at once, at a single target.
Until they’re fired, the swords will persist for a long time (say 30 seconds), which means that this has a unique playstyle of allowing you to go into a situation prepared. You hear the horde coming? Charge it up before they get there. See ambients milling about, charge it up on the approach, launch to soften them up, then go into melee.

The other idea is something that creates a fiery vortex; charge it up, and it moves in a straight line forward, damaging but mostly staggering and knocking down enemies. It’d be like a mini-blightstorm, and could use similar effects, just in fire instead of Nurgle filth.

The last idea is the oddest; Flame Cage. Charging it up will create exactly that, and trap enemies inside its area for a time. Hitting the bars will cause them minor burning damage and push them back, and deal a constant weak DoT while they’re in there. The size wouldn’t be that big, but could be big enough to trap a couple Elites, which means you can use this as a true CC, trapping some enemies so you can deal with the rest. Its primary fire would be a more direct attack, so you aren’t without any ranged attacks. Monsters and bosses would be immune, of course.

Hope your New Leaf is coming along well.

EDIT: Just wanted to add, too, that having bayonets on a gun, big metal fist weapon, cog-themed axes, and the name “sanguine sword” have a lot of significant reference in the OTHER Warhammer . . . seems very thematically “right” to me.