We haven’t even gotten the winter event let alone any patches in months. The game is pretty much dead on Xbox. Doubt it will ever recover…

There was a patch 5 weeks ago. We’re preparing to put the latest updates in to certification this coming week.

The “patch” that you refer above to consists of exactly this:

•The recent update corrects a crash that manifested when players used the Mixer game mode on Xbox One.

Previous to this, the last patch was from mid-December.

So admittedly there’s some hyperbole in the original poster’s statement, but Fatshark’s response is extremely poor, basically flipping the original poster off. Considering all the goodies that the PC crowd gets (event after event, update after update, patch after patch), to tell this person that one fix to Mixer compatibility is saying that we’re getting an acceptable amount of patches is just ridiculous.

I don’t think there is anyone out there who believes that Fatshark is engaging the console crowd appropriately. I understand patches and updates take time, especially on console, but the poor communication from Fatshark on this is painfully obvious. So we’re getting an update soon – but what’s the expected timetable for it? What’s the future plans for handling patches and updates? I have no idea. And here was an opportunity to fix that, and you just flippantly tossed this person aside.

Reading the above, its coming across more harsh than I had intended initially. For the record, I don’t mind the time patches and updates take – I completely understand the complications involved in games like this. What I cannot understand is how you’re handling communication with the console crowd. PC communication is perfectly fine, so its not an inability to communicate. Please be more forthcoming with the console crowd in the future, as we are customers who are just as valuable as the PC customer. Thank you.

Exactly what I thought when I saw the post from Edge… Even if I dont think that this games is dead, It still pretty frustrating to see all the updates on PC while we got almost nothing on Xbox. At least if we could know when or if those update will come on console…

It’s True , PC getting updates left and right, consoles are left behind , @Fatshark There still people playing your game on consoles too

So.... new lvl only for pc gamers? Ouch! Vermintide 2 - Feedback

The big thing we had planned for March 8th specifically was the original scheduled announcement of Winds of Magic, which was due for reveal on March the 8th, but when PC Gamer wanted to feature it in their March edition with the cover piece we couldn’t turn them down (of course!) so the March 8th plans were brought forward. The anniversary event itself was going to be a cheeky gift to the PC players for their 1 year anniversary with the console updates to follow a little time after. We’re still…

It still doesn’t change the fact that you guys haven’t done anything for xbox since December. Our Bogenhafen chests have been done long ago… And he’s right…that update was a hotfix for mixer which only a few use. It us officially spring in the U S. and we still don’t have the winter event. You cannot possibly even begin to say you guys have been putting forth an honest effort towards Xbox. It is immaterial that you have been doing things on other platforms. You don’t ignore one to work on the other platforms. This is very very disappointing.

You don’t ignore one to work on the other platforms. This is very very disappointing.

This is exactly how PC players felt when the Xbox and PS4 version were announced. We didn’t get any content for a while. I mean, the first DLC and Mods were supposed to drop around April. We didn’t get the Mods until summer, and the first DLC in September or was it the last week of August? Either way, it was not very well received. You guys are already kinda lucky that you got all the bug fixes and content that took half a year to show up on PC. None the less, things have improved a lot lately with the newest DLC and content. I guess you just have to wait it out. Hedge said the updates are coming…

We haven’t had any updates or bug fixes to this game in 4 months. One Mixer update doesn’t count, as it’s not a game fix. If PC did that, the game would die just like it has on Xbox. Xbox players are not in any way “lucky”.

It can take 5 minutes or more for a player to load into a match. You’re playing the game down a player for a long time until they can load in. You have to hunker in place fighting wave after wave so you don’t leave the new player in the dust. If multiple players load in at the same time, it’s basically an autoloss if a horde arrives with any specials.

I can play a full quickplay stage on champion on a saturday night, and play with bots the entire time because nobody joins. Fatshark need to get their act together because Xbox Verm 2 is circling the drain right now.

Xbox players are fairly lucky (as a whole, not speaking of one game in particular) considering their situation. It’s by no means their fault, it’s just the backdrop to what those platforms are and the development models that exist for them.

Games released on Xbox/PS4 don’t get updated almost ever. It’s usually a single, massive update to add a new “CoD Zombies Map” and tweak some client connections, but the game doesn’t really change. This is intended; updating a game on Xbox/PS4 is time consuming and difficult so they just release the base game and hope it’s enough for everyone to enjoy. That’s been a development model for consoles since consoles were made.

Most console games will receive 2-6 updates over their lifetime that aren’t simple bug fixes; but even then, the bug fixes are generally rolled into the major updates. Glitches in console games stick around for extremely long times for that reason.

I’m not saying that I don’t want them updated, I’m saying I believe it’s a complicated process (and has been made so by the massive gaming companies) to push an update to a console and the fact that FatShark is taking on the challenge is very impressive! All of this being said, I feel for you @TocFanKe4, but red-tape is hard to cross.

So the console community is dying or what ?

The point I was getting at is that you have got the 2 DLCs and orkries challanges etc pretty early in the games life. We had to wait ages for that content.

I don’t agree with you on the amount of updates for console games. This might have been the case 10 years ago, but it’s not that way now. Most games I own are updated at least monthly. In the last week or so, I’ve had to update FiFA, Sea of Thieves, and World of Tanks. All those games have had multiple updates since the last real update we had in December from Fat Shark. Heck, I think I’ve had a Left 4 Dead 2 update or two on Xbox since the last Verm 2 update. You separate content updates from bug fix updates, but we’ve had neither for 3 months.

The actual issue here is that console is not the focus for Fat Shark. PC is the focus. Add to that the release on PS4, and that’s why things are taking so long. Fat Shark doesn’t talk about an Xbox team or PS4 team, it’s the console team. So when PS4 dropped, that seemed to take the focus of an already small group within the company. They also seem to have had some turnover in the group.

I don’t doubt their intentions or that they have had problems. But I’m an end results guy. We need fixes for the long load in times for people to join, or we shouldn’t lose the bot until they’re fully loaded in. That’s a huge issue for me, and I’m not sure that they’re even looking at it. Giving us the Christmas event in April just adds to the frustration. At this point, save it for next year.

we shouldn’t lose the bot until they’re fully loaded in. That’s a huge issue for me,

Hopefully you’ll get that patch soon. It was recently just fixed on PC. The bot won’t disappear until the player is ready to load in and it will spawn near the party. Not where the bot was when the player started loading.

That would be huge for us. Xbox takes a long time for anyone to load. My friend who plays both Xbox and PC couldn’t believe how long it takes. I’ve lost so many matches because of it that it makes me want to run with just bots instead of actually playing with people. 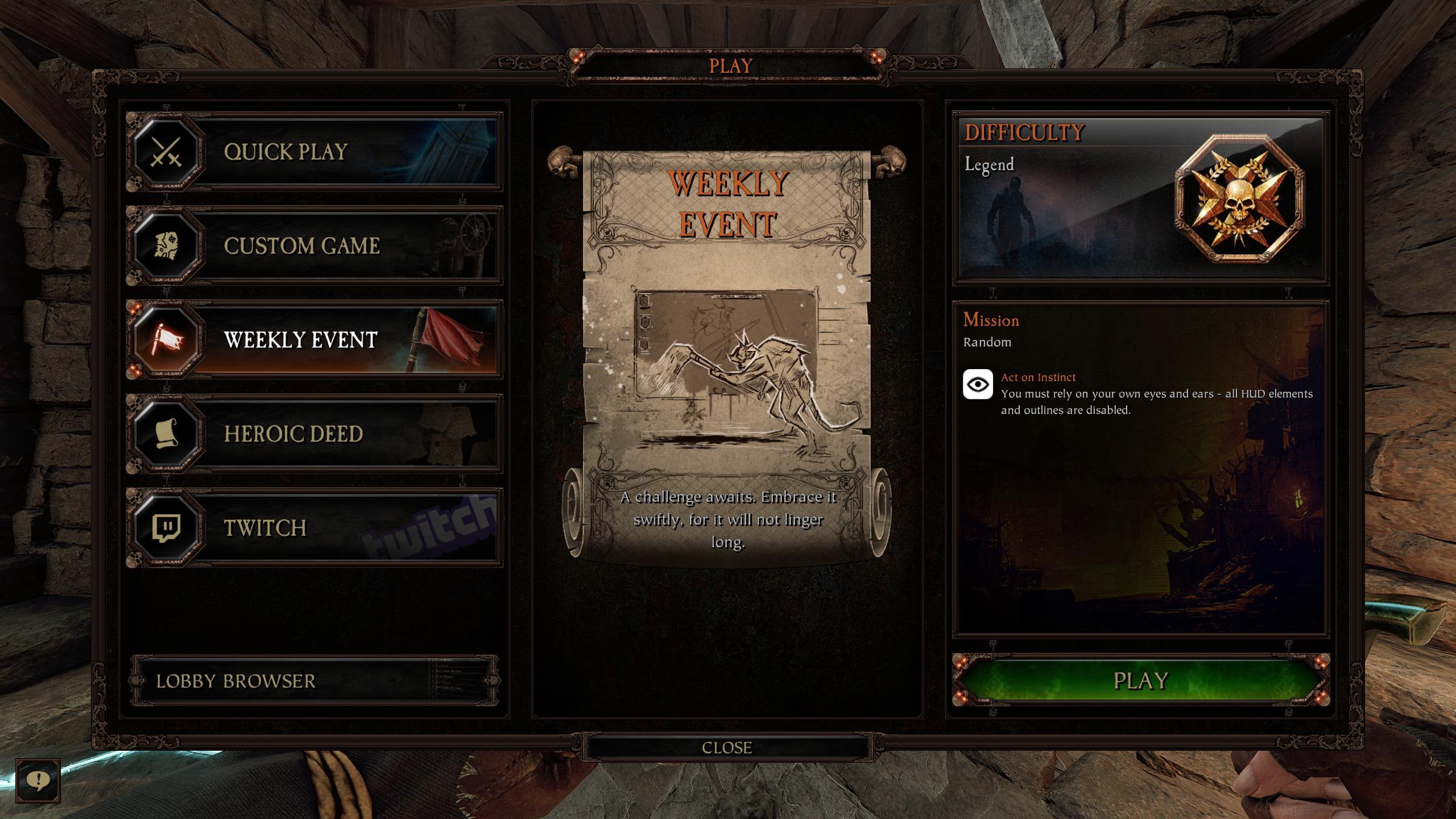 PC got a weekly event starting today, Consoles still nothing, How long has it been ?

Roughly one month; the weekly events only started occurring a month ago. Seeing a new one popup after the anniversary celebration is only normal for the PC users at this point. I have a feeling they are scheduled in advance.

I play on ps4 btw

I just looked up your public PSN profile: 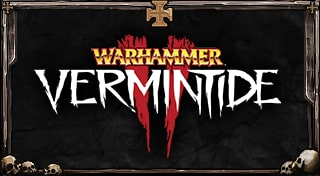 Only 37 of 71 trophies. No legendary achievements. None. Highest level you’ve played is Champion.

If you’re going to insult the community, have the chops to back it up.

Normally I don’t call out user stats, but considering what a troll you are, i find calling out your laughable profile acceptable.