The second light attack of the Bretonnian Longsword has a weird range. It is less than the first and third light attack.

First combo is just a regular combo, second combo (with the first attack missing) is to showcase that the staggered dummy is not the issue. 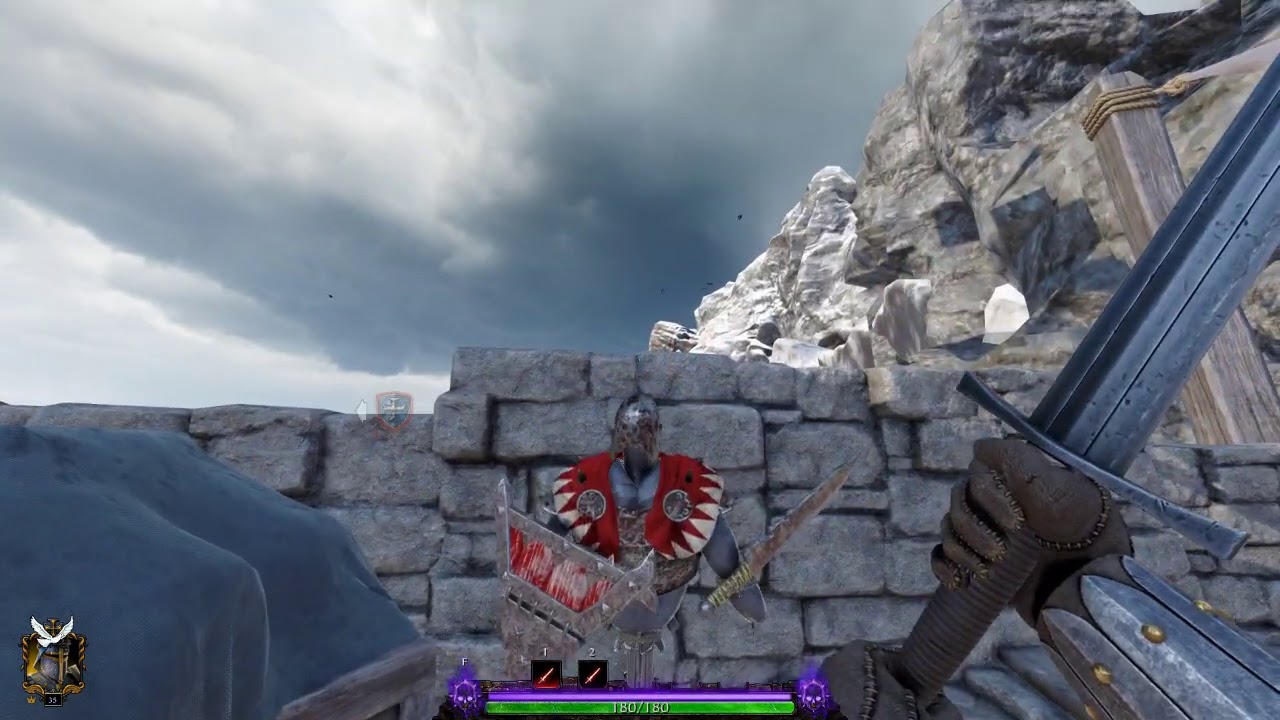 It also apparently hits in a “square” area, rather than a “radius” area, which can be seen here: 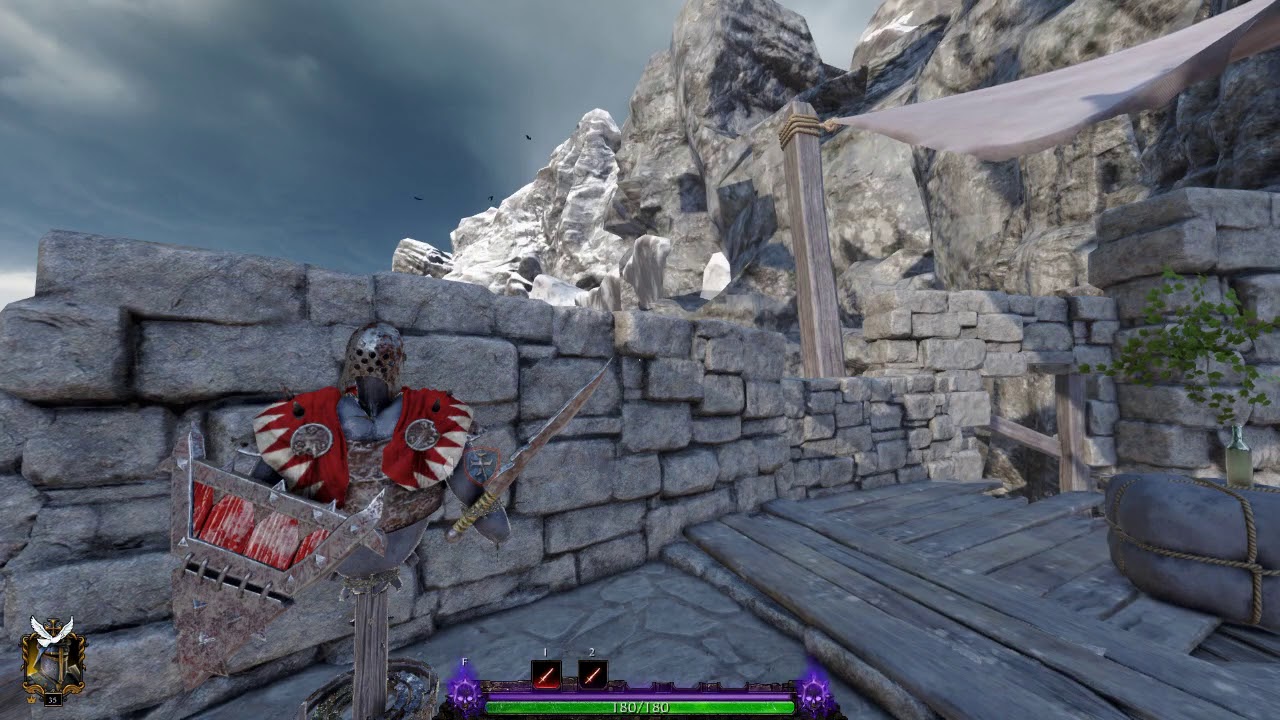 By turning to the side and thus the enemy into the “corner” of my attack range, I get an increased (or maybe the intended) range on the attack.

The Push Attack of the Bretonnian Sword and Shield has a shorter range than the Imperial counterpart: 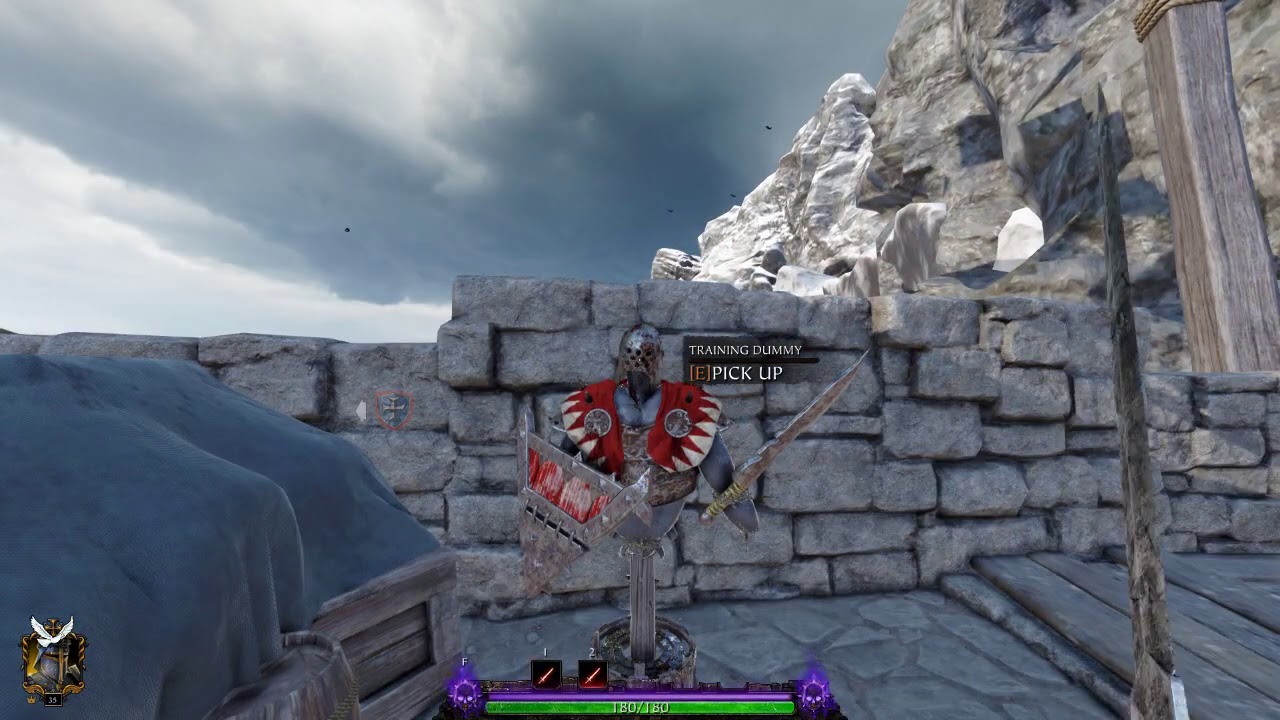 I do not know if this is the intended behaviour, but I wanted to mention this.

The talent Virtue of Confidence states the following:

Change Blessed Blade to a horizontal slash that cleaves through and staggers multiple enemies.

To me, the entire point of this talent is to change Blessed Blade into a “Kill everything in front of me” skill, at the cost of more single target damage or a good amount of movement speed.

However, it apparently has a target cap, as seen here:

Against 5 Stormvermin, it only hits 3: 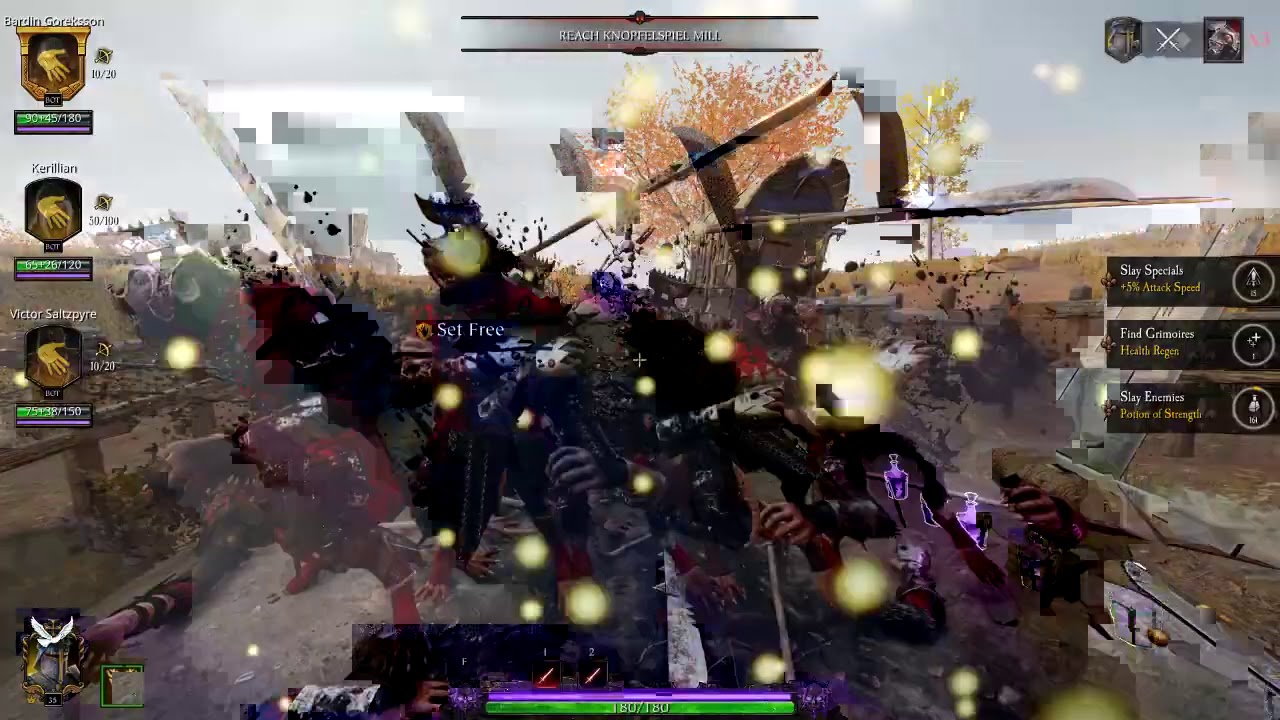 Against a horde of Skaven Clanrats, it only hits 8: 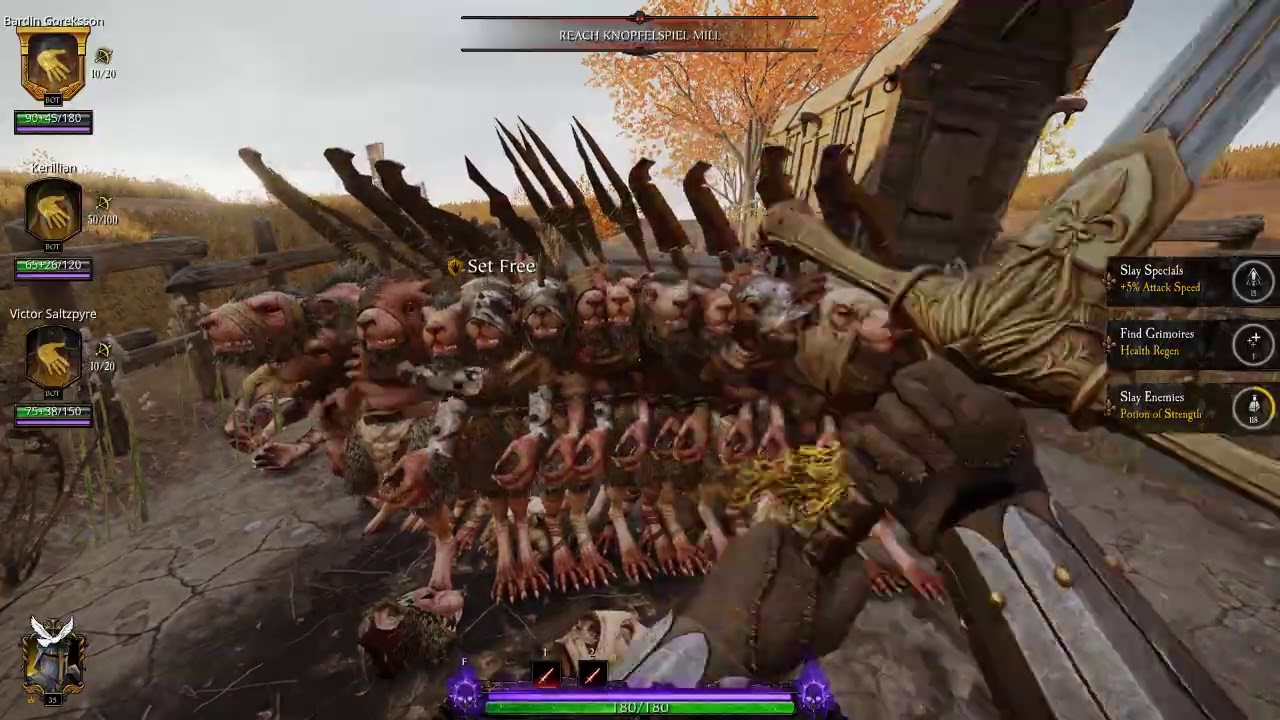 I feel like this is kind of a trap. Yes, the talent says “multiple” and not “all”, but facing 5 SVs or a mixed horde and then getting wrecked because Blessed Blade locks you into an animation and it failed to even stagger everything in front of me has happened on multiple occasions.

Blessed blade makes total sense, there’s a lot less mass in a slave horde than a bunch of stormvermin.

I feel like this is kind of a trap. Yes, the talent says “multiple” and not “all”, but facing 5 SVs or a mixed horde and then getting wrecked because Blessed Blade locks you into an animation and it failed to even stagger everything in front of me has happened on multiple occasions.

I think only elites should count for the limit, so let’s say you can smoke everything in front of you when it comes to regular horde enemies, but only 2 elites will be killed.

Personally I’m fine with Blessed Blade not damaging every enemy, but it should at least stagger them. Or give Grail Knight some sort of invulnerability after using it (just 1-3sec). I don’t think this should be discussed here in the Bug Reports forum though. I mainly wanted to bring attention to the Bretonnian weapons.

I found another bug with the Bretonnian Longsword. When doing either the Light > Light > Light combo or the Push Attack > Heavy > Light combo (you just have to end the combo with the “Top Light” attack) and blocking, it bugs the animation of the lower hand after releasing the block: 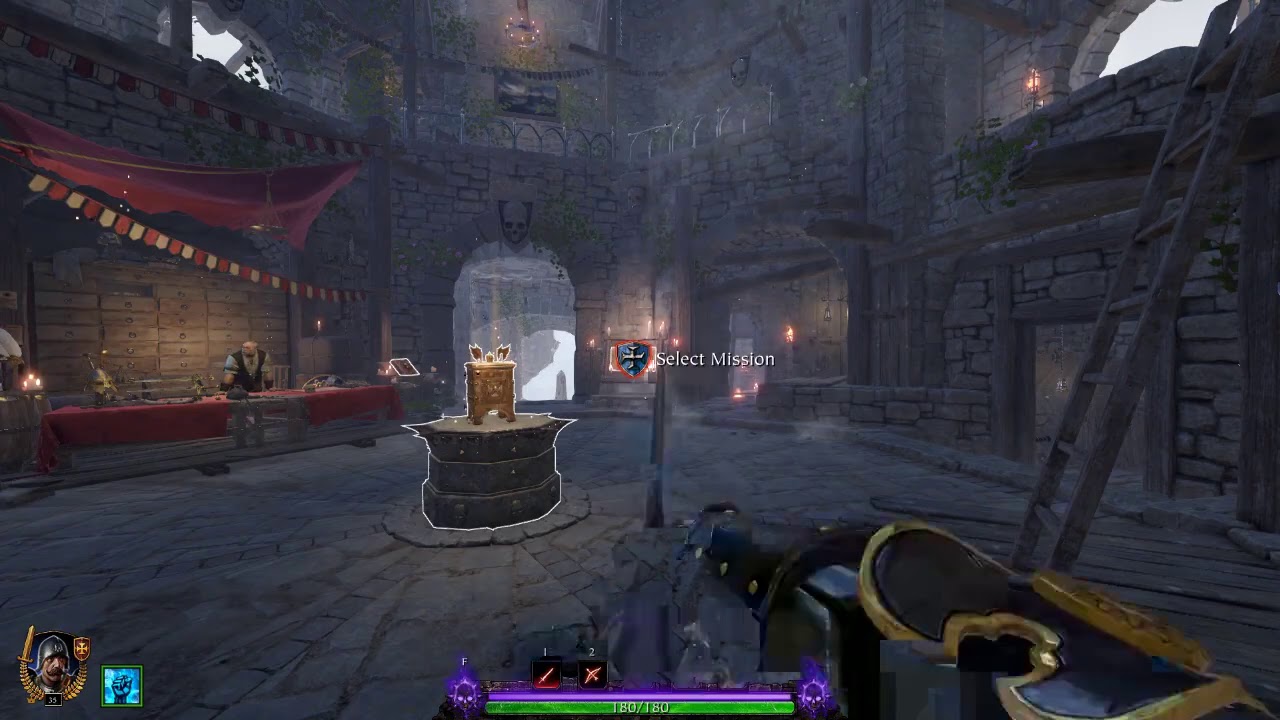 Something similar was already brought up here, though I don’t know whether it’s the same issue or something different: Bretonnian longsword 1st person animation - hands aren't properly synced

UPDATE:
I don’t know why I didn’t test this beforehand, but the animation bug happens after almost every (!) attack and immediately blocking, not just the third light attack. The only exception is the push attack.