Will we actually be getting a story?

Pretty much exactly what the title asks, the story is nonexistent as it consists of 6ish cutscenes of you being told to work harder, do better, prove yourself. Meanwhile you’ve killed thousands of heretics and completed dozens of missions and only, ONLY, when you reach level 30 the maximum level are you finally told “hey, youve proven yourself.” and then nothing.

I dont want to hear the “its a live service theyre building up to stuff” line because other live service games such as Destiny 2 had actual story driven content at the get-go so wtf happened here?

Don’t you worry, they hired Dan Abnett to create the setting!

… Because apparently such a high concept as “nurgle chaos cult runs rampant in a hive city” is immeasurably complex and requires a multitude of certified Loremasters™ to do correctly.

I think this is it, and this is far more than we had in V1 or V2. I honestly don’t understand people who buy the Tide games for the “story”.

Not sure really, but I suspect that is what they will do in “seasons”. Probably that is also where missing weapons are 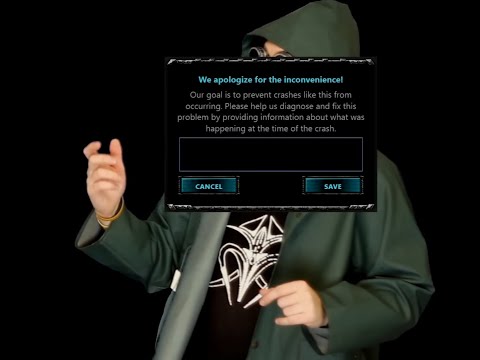 I see what we’ve got as the opening few pages. There’ll surely be intrigue and powerplays, various enemies (Skarrit, Bodvar, Nurgloth…esque) to wipe out and all kind of inquisitorial shenanigans. I don’t even think the current story of the traitor in the midst has even begun to play out.

There’s the whole LiVe SeRvIcE thing to consider. The story will keep going for a couple of years unless this hopeless launch kills the game dead before May. Dan Abnett writing a story for 3k concurrent players a week seems a bit of a waste of the guys talents tbh.

Well… Dan Abnett did also write the Space Marine/ Ultramarines movie… Do I need to remind anyone what kinda travesty that movie’s story was? And if you’ve had the fortune of not seeing it yet, it’s floating around YouTube.

I am hoping for more of a story in this game. And Dan Abnett is one of Black Library’s best authors hands down, and with a wealth of good Inquisition novels behind him… still baffles me how he wrote Ultramarines… so bad.

tbf, a lot more goes behind a movie behind just who wrote it

Not sure really, but I suspect that is what they will they do in “seasons”. Probably that is also where missing weapons are

In the grim darkness of the future there is no story, there is only war.

No but seriously I think the quote is right, the story will be in the seasons and I would not hold my breath for anything deep, but I just hope it’s enough RP for me to stay interested in the Tertium, and I hope it comes fast.

While the core gameplay is amazing, and I think they need to work seriously on the performance and load times of the game, the base game simply isn’t enough without basically constant events and a running season which needs to start now.

I think you could argue the world and story is built more in VT2 than in DT. Haven’t played VT1 so not sure about that, but there was a sequence to the levels that eventually led up to bosses that were introduced at the very beginning. This has none of that. The bosses are random dudes you’ve never seen before. Also, you were filled in a little of what you’re doing by the dialogue between characters during the level. The dialogue is trash in DT.

VT1 was kind of a hybrid of the two. There were still acts, but finishing acts opened up new missions on the map of the city which made replays seem more loose and less narrative.

I wouldn’t at all be surprised if they planned a lot more story wise but it got scrapped along with progression tuning, end game, more classes and balance to get the game out earlier. Maybe they had more problems with the engine than anticipated and simply not enough time to get more than the bare bones done. Maybe Tencent pushed them to release way earlier than they were comfortable with. Who knows.

Don’t you like the 20 second snippets of “you gotta do better” dialogue while your guy just kneels and look like an idiot?

I have a feeling it’s going to be seasonal to go along with a season pass that they’re going to try to spin as something good for the players, despite making it as greedy as they can get. I can guarantee if they have one, it’s not going to be like DRG’s season pass.

I also think it’s going to be as light as what we got so far for each season, because they don’t realize how people play these type of games despite releasing two of them. They expected people to play VT2 for 80 hours, not the over 100 that a lot of the community has done.