Why do people keep defending FS?

Sunk Cost Falacy - that’s one, people don’t like to be wrong especially when they were hyped. “it takes an adult to admit he was wrong”

Second is that many gamers have this mentality like there is some sort of bro-energy between devs/studios and players and “it’s ok mate, you will fix it later” forgetting they are paying money for products that are falsely advertised and scammed. None of them would pay for half of dinner in restaurant, half of a car with missing parts etc. but they are willing to get scammed by video games. At this point it’s some sort of stockholm syndrome, I can’t understand it.

Third is lack of sense of community and egoist approach. You mostly see it with “but I have fun” sentences or “can we stop criticising game and just have fun”, looking for Echo Chamber (that’s social media fault for algorythms to create Echo Chambers for you so you don’t have to face criticism or logic) just to live in their safety bubble. They don’t care about long term consequences for whole groups or communities or if X or Y things are issues/problems for many etc. “I have fun, I don’t care, I don’t want to care, doesn’t matter for me, 10/10 game”.

4th is being trained consumer, following code “don’t ask questions, consume product and wait for next one”. Bascially, get hyped, get dopamine shot, burn out fast, buy new one cause you are now on hunger casue your life is empty without consuming products.

Now add to that mob mentality on top. So called “McDonald crowd”.

Because I’m enjoying my playtime. I’ve easily gotten my money’s worth, and I’m still going.

Way to vindicate literally everything the post above yours stated about people with your mentality. Do you even think before you write?

Don’t bother answering. Anyone who attempts to defend any corporation is automatically mentally deficient.

Me, personally… because I fell in love with Vermintide 2 and sunk 1500+ hours into it. And I now desperately want Darktide to be the continuation of my enjoyment. Sadly, none of my grievances have been addressed since launch

So maybe… DON’T DEFEND THEM, if they’re not doing anything to earn/sustain your trust in them?

How HARD is this to understand?

Yeah, I don’t get why people are mad at criticism for a game, we just want it to get better, but for some reason, the quality of game releases has fallen to such a low level that people accept this kind of trash and defend it because for some reason they need to be part of the cult. If Darktide had been released in this state 10 years ago the game would have been killed off already. But now we live in a “they will fix it later” world (even when they don’t fix anything but patch it over with new bullsh*t making people forget and accept the trash that came before). Darktide for me is at most a beta release, it’s not even close to being a full release.

I’m having fun and have already gotten more than my money’s worth out of the game, and it just released a couple weeks ago

If you hate it so much, then just leave, go, stop haunting the forums and telling everyone how bad you think it is. If you don’t want to do that, then evidently some part of you is sad because you were hoping for better, or maybe you are even having fun but are frustrated by the supporting systems, in which case your hatred here is unwarranted and childish.
Yes, the game has massive problems, yes it needs tons of work, yes ideally it should have been delayed until it was done, but apparently they were in a financial crisis and were not afforded that option, so here we are.
The art, music, gameplay, and feel of the game is fantastic, there is NO OTHER wh40k shooter out there that even comes CLOSE to what they have achieved with this title, and you know that is a fact, so stop letting your frustration get the better of you and make you trash the parts that talented developers poured their heart into for several years.
The game is horribly mismanaged and had very poor design decisions, yes it needs a lot of work, but I respect what the developers have achieved and hope they can with time make the rest as enjoyable as the core gameplay.
THAT is why I choose to “defend fatshark”, and anyone with any amount of adult decency should do the same.

but apparently they were in a financial crisis

Necromunda Hired gun is lightyears better than Darktide is.

And I just love how you prove Benny89’s point perfectly, it’s almost impressive.

There will always be mindless fanboys of stuff.
The game itself is great, but the state of the game is terrible and not defendable.

Apparent in the sense of obvious, they delayed the game multiple times over a year long, that’s development time without any income that had to be taken out of whatever stores they had left from vermintide, the fact that it was released in such a hurried and unfinished state makes it very plausible that they ran out of cash to keep going and had to just release whatever they had.

This is also why it’s not feasible for “some other independent company to take the reins and continue on with the game after FS goes bankrupt” as I’ve heard some people fantasizing about on here, where would they get the money for that?
All of this costs cash, you can’t just make games out of thin air.

Alright, so its just conjecture.

Necromunda Hired gun is lightyears better than Darktide is.

And I just love how you prove Benny89’s point perfectly, it’s almost impressive.

That’s the first time I’ve ever heard anyone say that, but if that’s your feeling, cool, go play that instead. I like co-op games more and DT is a blast with my friends, and that’s ok.
There’s nothing adult about criticizing people who are having fun because you aren’t, that’s the epitome of childishness.

Source, trust me bro.
Also, that’s not what they reported according to their own overview. 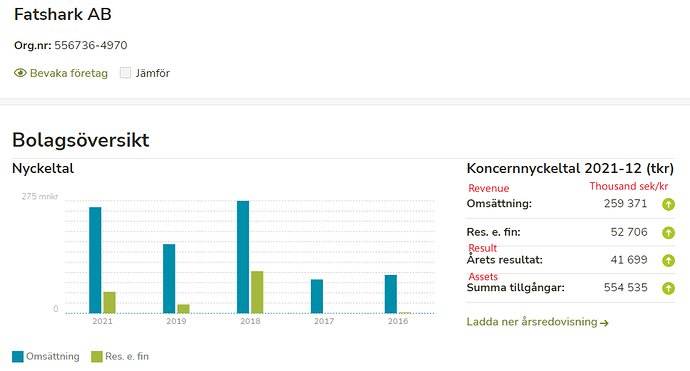 Says the person who defends a bad product for no reason. If you can’t handle that people bring up valid criticism then you should probably look in the mirror and rethink who is childish. “I have fun” good for you, if you think it’s ok to release a broken product and are “annoyed” that people criticize the product you are not a fan, you are a fanboy.

Don’t bother answering. Anyone who attempts to defend any corporation is automatically mentally deficient.

Many of us have different priorities. That doesnt invalidate our positions. I value fun gameplay over everything, and am not that interested in the internet lawyering that I see in this thread.

Says the person who defends a bad product for no reason. If you can’t handle that people bring up valid criticism then you should probably look in the mirror and rethink who is childish. “I have fun” good for you, if you think it’s ok to release a broken product and are “annoyed” that people criticize the product you are not a fan, you are a fanboy.

I’m really not sure why we’re having this discussion since it’s going in circles, I literally said I agree the game is horribly mismanaged and needs a ton of work, but that my friends and I are enjoying ourselves, yes, JOY, FUN, while playing, that’s the reason, I appreciate that work that was done to make that possible, and over time we’ll see if the game gets better or worse, depending on what other stupid decisions the management makes.
I am all for valid criticism, spewing poison at the people who worked on the art and gameplay is not valid, there is a lot of potential here, it’s just being wasted right now.
Read my posts and see how much I criticize the problems this game has, go ahead, do it.

my friends and I are enjoying ourselves

I enjoy throwing stones into river as long as it’s with my friends. Doesn’t prove anythnig.

I enjoy throwing stones into river as long as it’s with my friends. Doesn’t prove anythnig.

Would I be adult for calling you names for that joy?