What type of units would you like to see in the future?

Has to be lore friendly.

Cool pictures associated with the unit, will be awesome!

Always want to see a doomwheel as a mini-boss. 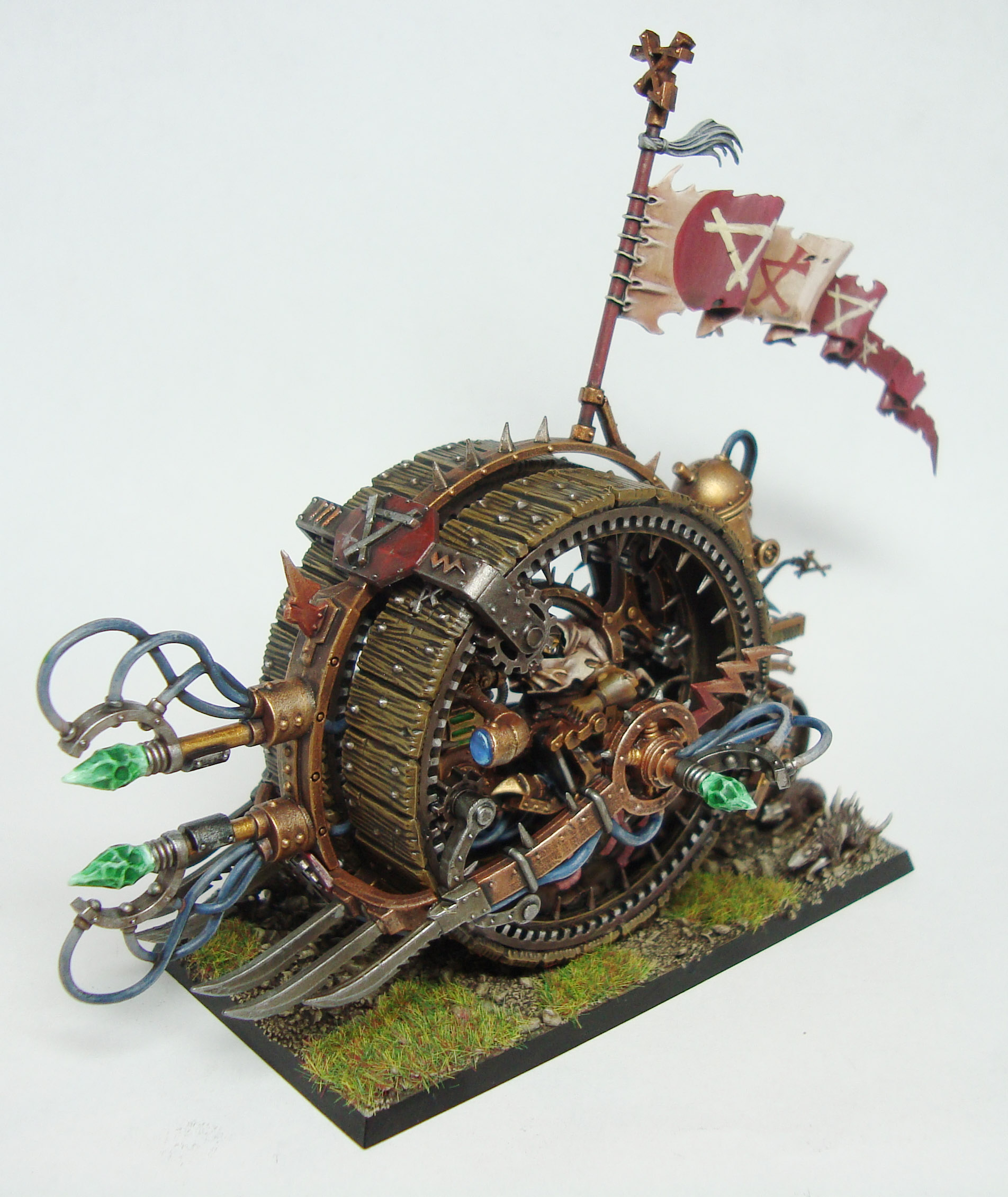 Plague monks with a plague censer.

A plague-bearer as a mini-boss?

All the Nurgle daemons.

I believe that adding new enemies is a significant effort, so anything that can reuse existing animations and has a gameplay role would be appreciated. Well, I also don’t care as much for the Warhammer universe, so a gameplay benefit is really the only reason I’d like new creatures.

For Skaven:
Warplock Jezzails - Yes, they are clan Skryre, but so are most other machinations brought forth by the skaven hordes, so they obviously sell them.
They would be slow and possibly despawn if the players get close enough slowly, or back off fast, and offer a long distance threat highly resistant to ranged return fire to encourage players to get a move on.

As suggested above, Censer-Bearers would be a great stronger version of monks, potentially with an interesting gameplay mechanic where their hits cause poisoning even if blocked, so dodging is helpful, and they’d have a lot of hp, but they suffer from their own diseases and would succumb to it if dodged or tanked for long enough.

Plague-Rats would be an interesting option as well, as the animations for rats exist already, and it’d just need an extra bite animation.
They could be slightly larger and faster than normal rats, with a resistance to AoE damage, and appear in small groups in skaven-inhabited areas to keep players on their toes.
I don’t know what they’d be good for, but maybe they could just inflict very light damage with a small debuff - say, a single tick of poison with a light slowdown. Obviously, them spawning in hordes would be just evil.

Gameplay-wise:
As In Champion and especially Legend, a lot of enemies wear armour, making non-AP weapons severely under-appreciated, I believe we also need a few enemies that are tough without being heavily armoured -
Maulers partially fill that role, but I believe we could also have a (fluff-wise somewhat more mutated) slightly larger chaos marauder as an SV-Like elite to offer an additional low level meat-tank.
For the same reason I also like the Plaguebearer-Idea above: Daemons, which should be used sparsely, are inherently tough enough to not all wear heavy armour.
In the same vein, Clawleaders could be used as uncommon, tougher clanrats - maybe with a shield that gets dropped after taking a little bit of damage, and more health and mass than regular clanrats.

Coming to Chaos:
For a Boss, maybe a Blightking?
I’d imagine it to be a Chaos warrior with tentacles for arms, let’s say with 4x the HP, and after a third of his hitpoints are down his front armour falls off - He could have reach attacks that deal more damage based on distance to encourage melee despite the danger that poses.

Plague Ogres could also be introduced, yet they would fill a very similar role to bile trolls.

I believe there was a thread on potential new enemies in the past. Unless that was in the beta forums, it might still be around and could be linked here.

I want a Dragon. Give me a dragon and I’m happy. Needz moar dragonz

I’d like a maggoth with a sorcerer riding it. Magic + boss = excellent new challenge.

Well, i would like to see clan Pestilence in action actualy! We did [SPOILER ALERT] Killed all chiefs of the clan fester, and with Rasknitt off clan Pestilence has a real interest in taking part in the war where THEIR plague monks are sent! So more Plague monks with big flail corrupted etc.

For the norscan… Well theorically, they can’t get here anymore so XD (they have boat … but it take time… lot of time)

No matter what they add, it should definitely have unavoidable damage. Like, heaps of it! Because we don’t have enough of that in the game already, and unavoidable damage sure as heck promotes skillful play and is not at all just an RNG mechanic to arbitrarily make the game harder!

Also, I’d like some premium DLC where every now and then, one of FS’s employees bursts through the door, takes the mouse away from me and then kicks me in the pills! Fun times!

I belive it too be awefully Lore ignorant.

yet again. for a dwindeling clan they still got the funds too hire an awefull lot of Beasts and Ashen guterruners with warpstone blades. i mean it looks awesome. but must be expensive

Or something like an unique boss/lord or something.
Maybe an skaven war Lord or someone that wants too become one.
Like a miniboss trying too assasinate you unanounced during a wave and if hurt enough
Tries too flee. If sucsessfull he would constantly return every few minutes.

I like the cowardly nature of the skaven. And am delighted when i See a lone clan Rat Turn around. Surprised and scared , pressing against the Wall. So i was quite dissapointet when they finish their Animation they Go 1v4 you and die. Like the mindless chaff they are ment too be.

I mean. there are points in brachsenbrücke and other maps where skaven will flee in droves. some biring your ankle. besides the few dozent specials and windmills spawning at the bridge waiting for you.

At this point im just happy there are not flying rats in this game.