Getting some sort of visual distinction between attacks that enemies use that tells you it cannot be blocked (perhaps this would be hidden in champ/legend) would be a very helpful feature. Especially for players learning the game,I find that sometimes certain bosses have attacks that look quite a bit like other ones but there is a blockable and un-blockable attack.
I dont think its too much to ask that theres some vfx associated with these attacks maybet like how player crits already look. This kind of thing has worked very well in For Honor already.
Thanks.

You kinda need to get used to the attacks… honestly in practice the timing between those attacks is such a small window you either need to dodge in time or take the hit. All troll attacks do damage that is unblockable. You need space to ideally manage chaos spawn aggro but if you don’t create enough space you die. Similar to rat ogre. You can sort of get the idea of the attack patterns. The main difficultly around boss fights is area. Play the game enough and you don’t need this feature dude seriously.

Dodging and creating space should be second nature to being a good player… have to rely on instinct more. Like if your buddy is dealing with chaos spawn aggro which is very difficult probably the hardest in the game, you either better be blazing at the spawn or clearing a horde. Even the best of players dealing with spawn if they are cornered into an incoming horde, you better be racing in to fight the horde. Even masters at the game cant always successfully dodge a horde while dealing with chaos aggro. Again if thats not what you are doing, youre not a good player.

Typically a good player will need the team to back him/her up, if you arent wailing on a miniboss while a teammate is dealing with relentless aggro you arent a very good player.

Im a legend player and I run deeds quite often mostly, just providing some more real advice beyond just dealing with minibosses yourself. How you manage your own survival is as important as what you are doing when someone else is dealing with aggro. The best teams literally share the aggro so they dont lose someone getting overwhelmed.

Any ground pound attack from the rat ogre, or chaos spawn will hit you through your block and any attack that uses the trolls axe will as well, not sure if the storm fiend can tho.

You will trigger those attacks on the rat ogre and chaos spawn if you get to close to them. It was the same in v1. I’m not sure what triggers the trolls axe attacks tho, might just be random.

With a bit of practice you will know right away if an attack will hit you through your block. I don’t feel it’s a problem in need of a solution. 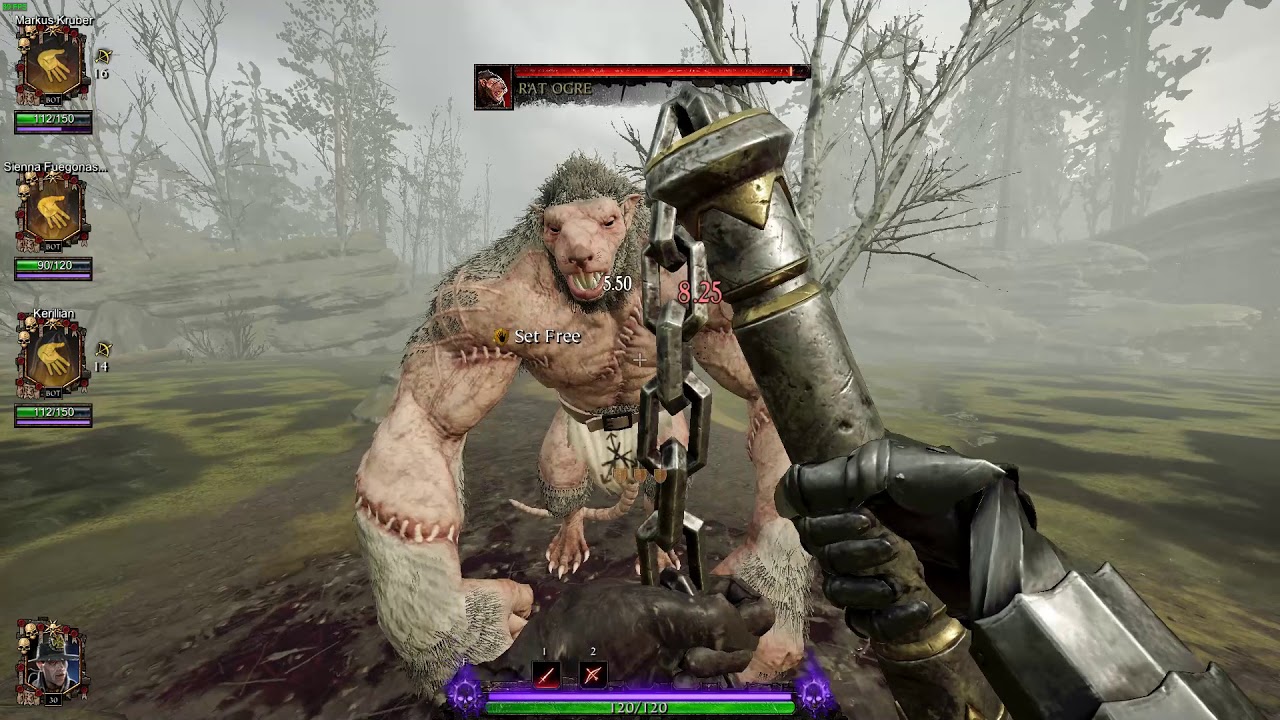 The attacks are similar but different enough that I don’t feel this is a big issue. If the ogre does a ground pound when he is not moving forward the attack will hit you through your block, it only triggers when you get to close to him.

Any attack the rat ogre does when he is moving forward or even the big swipe he does that knocks you back can be blocked.

With a bit of practice you can spot unblockable attacks a mile away and even intentionally trigger them to keep the ogre in one spot(ogre dancing).

Basically this that @TheLiquor posted … In an ideal situation, you would want the two top DPS on the ogre and the tanks/sennia clearing the horde/specials/elites from around them. The two dps can just keep trading agro back and forth. Ofc, a HM with a hagbane can just melt the boss, 17 seconds solo if I remember correctly. So they’re really not a threat…