I recorded some of my games of the last few weeks and made short clips of some of the few things that still are annoying when playing the game. All of the videos are either made in the last two days of the balance beta or after.

Clip 17:https://www.youtube.com/watch?v=YcXeGyXuDRo
Cleave of one handed sword gets stopped by one Clanrat?
And why is this rat spamming running attacks?

Enemys doing running attacks in situations where you don’t expect them is one of the main reasons why i get hit by standard enemys.

There’s one more super annoying issue. Troll overhead axe swing takes some time. Now if you dodge AFTER the axe starts going down, he’ll hit you now matter how far to the side you dodge, since the axe magically homes at you and the axe turnes mid-swing - and yes, I was clearly out of its way way before it got anywhere near my head - but it turned and landed the hit anyway.
I’ve tested it as a host and as a guest. So it’s not caused by ping. You have to dodge the overhead quite early to not get hit. This is actually counter-intuitive.

The 180 strike of rat ogre is super annoying. So I just spam drakefire pistols at the bastard, even though clobbering him with axe or hammer would be way more climatic - but I know I won’t manage to block/dodge in time when I’m not the host, and even when I am, I have to be super-cautious.

I always dodge forward/diagonally under the arm and the troll virtually never hits me.

180 slam of Spawn is complete BS too.

It’s not about dodging per se - dodging troll is easy once you learn when to do it. It’s all about the counter intuitive timing of the dodge. At one point the overhead strike becomes a homing missile and you simply will get hit. IRL the later you move put of tbe way, the better, cause the enemy needs a split second to adjust. In Vermintide when I move out pf the way of an already falling axe, I get hit anyway. This is absurd. If I dodge jjst before the swing I’m never getting hit, but once I wait past certain point - game over. 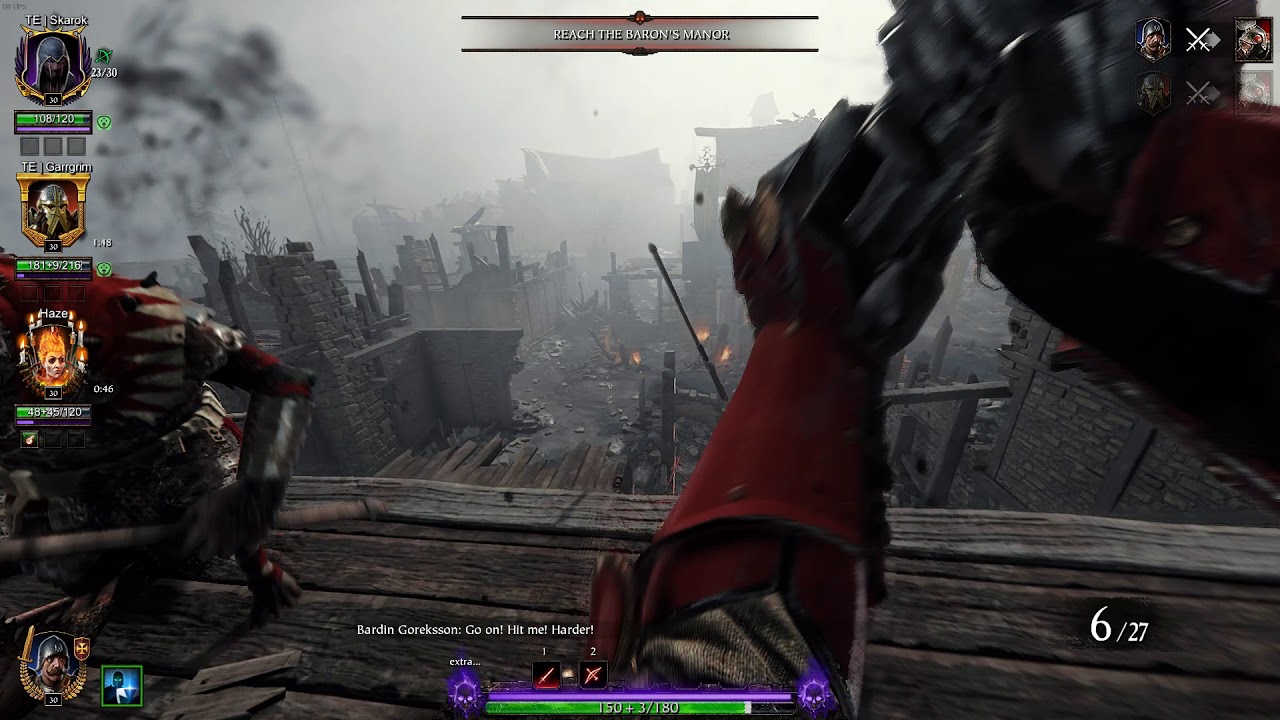 Here a screenshot of the ping of the last video