This is on legendary Chaos Wastes while hosting/playing with friends. 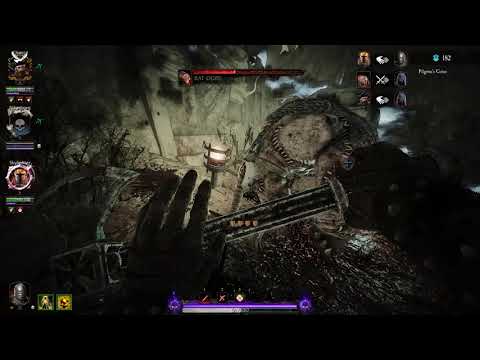 Title pretty much sums it up, I’m just trying to figure out what the hell happened here. Played a good amount of the game and have not had something like this happen before (Normally I find rat ogres easy/can dodge them fine)

Both times I’m confused as to why it did the damage early/as much as it did between dodging and blocking.

For example, on the first hit: Frame right before hit

It hadn’t even finished the attack not to mention I blocked it.

Then it just… straight up deletes me from existence after getting revived.

Next frame it just instantly goes back into default stance/never finishes the attack.

What the hell game? I’m both Salty and confused about this.

This is how client feels

Yeah, bosses’ big overhead slams have always been able to ignore shields (unlike e.g. rat ogre’s three mini-slams-while-moving combo which doesn’t ignore them) but there’s definitely an animation desync going on there with how his attack connected as he was winding up.

I wasn’t playing as much before CW so I can’t be sure but I did feel like this was happening a bit more often than before. Not every run, but some, and especially vs beastmen (especially the mino), even as host.