15 Tips from Beginner to Advanced

Sorry to post my own stuff here but I hope some of these are useful to some of you. I spent a good amount of time editing it too so hopefully it’s easy to watch

Thanks for your time! 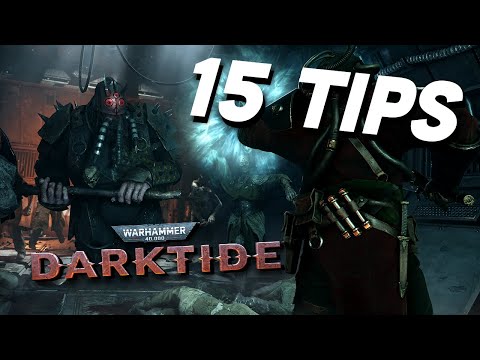 Why did you drop “push the poxburster” in the middle of the “incoming damage warning” segments though?

guess im not a beginner anymore.

Blocking is 360 degree for a melee attack, when you hear the woosh sound from backstabbing… You can just block it.

You should always be Dodging → Block → Push → Push Attack → 2-3 Attacks in a horde. Constantly. Dodging alone is not enough as there is a short window of attack opportunity at the end of it and enough mobs will end up hitting you…

Totally agree that the defense chain should be switched up but the dodge recommendation was specifically because I see a lot of newer players not really using it at all.
Thanks for the insight on the 360 though, I wasn’t really aware of that although I had noticed some unexpected parries.

Cheers dude, if you learned anything from it then that’s great news to me

I had to re-arrange and reformat the video a few times and by that point it was getting a bit complicated with the groups and layers and I delayed it a few days already, so I opted not to re-arrange it again.