We’ve tried the unsafe work environment multiple times on recruit but it doesn’t unlock. Not even when 3 guys hold block for the whole fight and a BH kills of the boss.

This means either the challenge is bugged… or the challenge does not allow minions to get killed from the eruptions, which would make it almost impossible to do.

Indeed it is. We’ve tried twice as well, to no avail.

Tried 3 times, so can confirm it doesnt work.

Ok, so I heard it works if the mobs don’t kill each other. But they can be killed by eruption.

I definitely hope that’s not intended since that would make the challenge very much based on luck.

Another source of damage to minions during the boss fights are the green balls of flies exploding. They might screw stuff up as well.

Ok I just did it. Here’s what allow you to get this challenge :

It looks like that being last to “interact” when something kills the enemies (eruption I’m not sure, but flies do damage around) means you get the kill you try to avoid even if you did not do it yourself. (like in the finale when it explodes if you push all enemies around you)

To Everyone Who Struggles With Enchanter's Lair Challenges :: Warhammer:...

For Unsafe Work Environment you are supposed to not kill anything during the end event. You also have to avoid pushing to get the challenge. For Thar She Blows! , avoid all eruptions on the ground and avoid any knockbacks (Nurgloth scythe during...

The usual FS “don’t bother to provide vital information” routine then.
Not like it’s worth to spend time with these anyway…

It’s not lack of information, it’s probably a bug caused by an existing mechanic.
Athel Yenloui, as Kruber for example, if you push enemies and it explodes at the finale end, you earn the kill : this is probably the same case there : 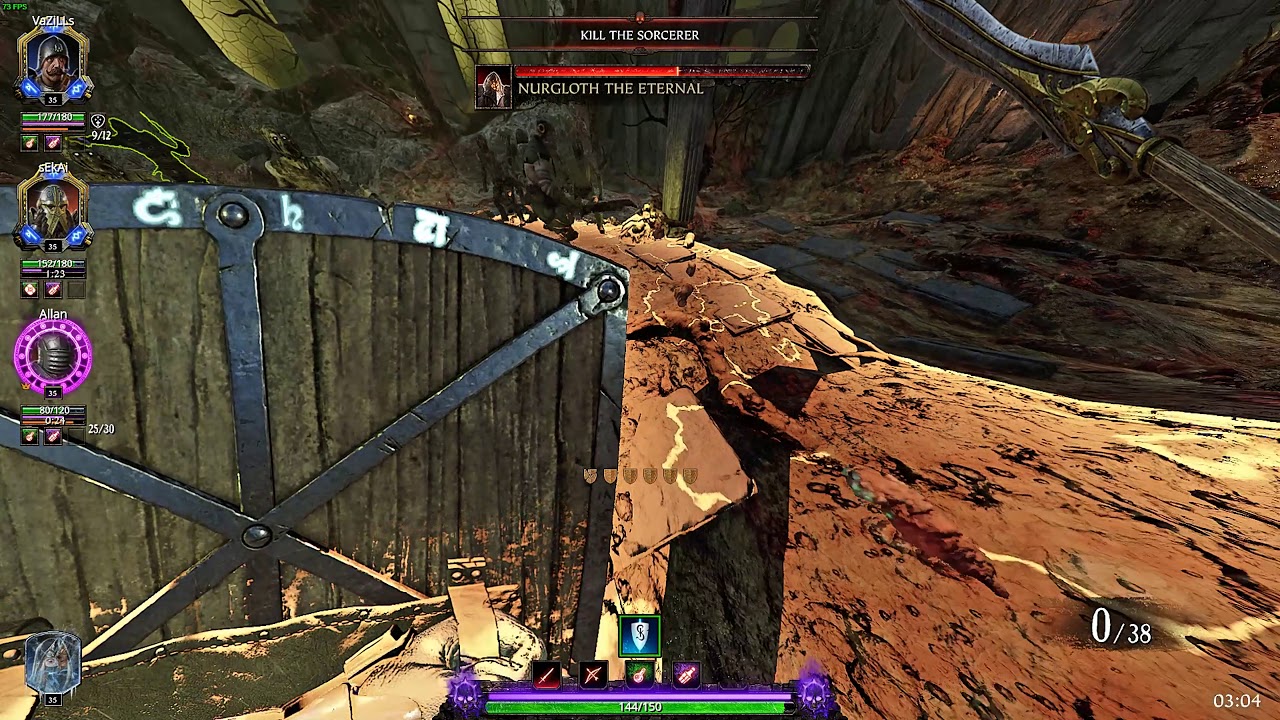 Someone does push during the attempt, but probably not at a time where the pushed thing dies because of “flies” (so probably eruption doesn’t cause the issue).

Ok, then we’re just back to the more common FS problem.

I don’t really understand why it was such a big issue that you could earn a few kills in completely marginalized cases, when they still haven’t figured out much bigger problems, so whatever…
We’ll just have to wait for the next season for it to be fixed.

silly question: does Merc and WHC shouts count as stagger?

I actually don’t know, but I think it can count.

I think you’re right. It probably wouldn’t have been an issue before they added enemy vs enemy kills or player damages assassin that does suicide jump in kill feed, or the good old push/ult the SV patrol to it’s death and look like a mean killer on Into the nest.

I really like those changes, but I’m pretty sure they’re the culprit.

I have tried this several times with Handmaiden yesterday and couldn’t get it to trigger. The first two times I think one of the arrows just killed an enemy since the arrow hitbox is larger than it should be.

And yes, the kill being accounted to the last person staggering/pushing it has been introduced with 2.0. Before you could shove enemies into a pit and they would just disappear. Now the kill is accounted for the one who shoved. It was an intentional change and a good one as it also let’s you track the whereabouts of specials who got touched once.