I am disgusted by how the red weapon illusion can be acquired!!
I have 1700 hours in this game all the red weapons, lots of duplicates but i still can’t get the Von Mecklenburg’s revenge illusion for the exe sword. I have gotten at least 8 red of them, all with the F*** same illusion.
I’m not going to support this game buyng DLC’s and cosmetics until how to get normal red illusion gets fixed.
To give better context of my frustration: if my math is not mistaken, and please correct me if i’m wrong, there is only 0,4% chance of this happening. This needs a fix ASAP!!!

It’s annoying for sure. It took me 2.4K hours to get all red weapon illusions. The last one i needed was a 1H hammer. I started opening every loot box as Bardin and got 128 red duplicates before the hammer finally dropped. Best thing to do is not obsess about particular illusions. Ranald will smile on you eventually.

Let’s hope Fatshark finally learns that RNG grind is de-motivating, and they do a better job designing Darktide.

so you’re telling me you played 1700 hours in a game
but refuse to support the devs because you don’t get a skin?

the priorities of some people confuse me to no end

Took me over 600 boxes of varying rarities to hit the sword/dagger red illusion. The system definitely needs some work but its been over 4 years of complaining about the system at this point so not expecting any miracles

Your comment and judgment is really unwelcome and inopportune.
I gave plenty of support for my time played during this years in V2, just because i used their product a lot doesn’t mean i have the moral obligation to keep giving them support if I feel that some core mechanics of the game aren’t up to my standards of quality.

droprates of skins are in no way shape or form a “core mechanic”,
nor is it mandatory for fatshark to “fix” it because you want them to.
as they stated many times before, droprates of reds have the desired rate
the fact that you have a different standard, does not make fatshark beholdend to change anything.

and just a friendly tipp: if you’re asking instead of demanding, and be kind about it, your much more likely to get heard.

and just a friendly tipp: if you’re asking instead of demanding, and be kind about it, your much more likely to get heard.

lmao do you spend much time here? we’re all just screaming into the void, barely anything here ever gets a response, let alone implemented.

still good to voice complaints, but FS took most of a year to nerf gamebreaking stuff despite huge community responses asking for it, it really doesn’t matter how you word it.

it really doesn’t matter how you word it

they give plenty of response, but some topics which arent “core mechanics” or gamebreaking bugs are more side topics, and developers and community mangers have only limited ressources of time and manpower. So if i would be a developer i would also concentrate on more important topics

hmm i would say you are wrong about the definition of a core mechanic, and this isnt about opinion, there are definitions what a core mechanic is. But serious, chill its only a skin, if you keep playing you will get it some day. And with your rude behaviour you only will be banned. So keep a polite way to express yourself

I have the same experience as OP. When I was at 2000+ hours I was still getting new red illusions.

but refuse to support the devs because you don’t get a skin?

the priorities of some people confuse me to no end

To be fair to OP, OP is not under any obligation to support the devs by buying the devs’ products. Especially if OP feels that the prior product is not up to snuff.

If my behaviour is warranted to be banned is not up to you to decide. Also i have not offended anyone.

but some topics which arent “core mechanic

How you get rewards for successful completion of a level is something at the heart of the game development. I understand that there are other issues in this game but fixing this illusion situation should require almost to no effort. Just one line of code to check if you are already in possession of one and give you the other.

Would have been nice if red skins were craftable with extra 5 red dust as I’ve seen many people complaining about the same issue. Although the more I play the less I’ve become to care about red skins tbh. Simple is the best is what I think nowdays.

I just want to say I agree with OP. Having to roll and reroll for eons for the chance of an item is… not a mechanic that needs to be involved with a casual co-op game

On another note, I didnt know there were illusions that didnt show in the shop. So there are a ton of illusions that I have no clue about without looking them up outside of the game?

Is there somewhere a list which illusions are in the game? I mean it would be interesting for everyone here?

I only found this one, but it seems not up to date, isnt it? 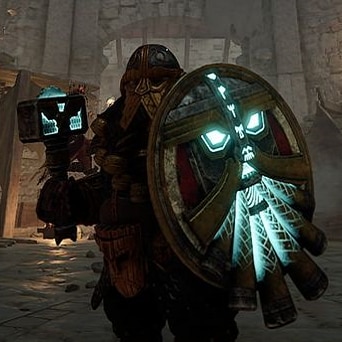 A listing of every weapon's illusions in the game for you to choose the best !...

With the new QOL patch if you equip one weapon and press on the little gear on the left of it you can see all the illusions and if you own them or not of that specific weapon.

well i never stated that he has any obligation to support them, i just pointed out that seemingly the only factor nessesary for him to continue supporting them is the optainablitly of red skins.
wich i find absolutely rediculous to be frank

I’m not going to support this game buyng DLC’s and cosmetics until how to get normal red illusion gets fixed.

In-game Armory mod has every skins available for every weapons in the game. If you haven’t got it already, now is your chance! 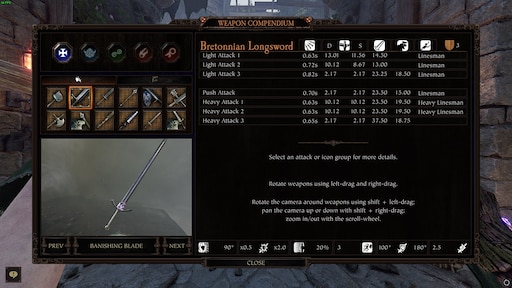 Some of the skins like Weave-forged ones are not obtainable in conventional way though.

Why use the Armory Mod if the game UI has the skins listed per weapon?

It is a bit annoying, that you have to switch weapon outside first and not on the screen itself.

Or have I misunderstood the concern?

i think the idea is that you just own the skins?