I would be curious to hear how people feel about it, since I think it’s just very irritating and distracting (same nasty sound being repeated over and over during fight) and doesn’t really help in any way. At least I did not notice single situation where I would get saved, because of this, but found it irritating every time it started during beastmen horde fights.

2 meters in front of me today.

The new sound is awful. Beastmen hordes already had an issue where they were silent until you saw them, and then their ambient noise was overly loud, and this only exacerbates this issue.

The new sound is a bit loud could lose 10-15% of the volume. Whenever they are on screen, the hoof noises repress other sounds.

In general, beastmen are overly loud (except when they’re not). Between the roaring, snorting, braying, snarling, hoofbeats, etc., it’s just far, far too much. They need notification noises at appropriate times, not things that make them louder that then drowns out the rest of the game.

Literally that. Spawning 2m behind you and silently smacking you before you can turn around and see them is the problem, because you also don’t hear them before it’s too late.

Now the hoof sounds totally drown packmaster’s chain clanking at times. I’d say the galloping volume could be toned down by at least 30% and changed a little to not sound like horses

The problem with beasties and specials has not been the sound volume when you can hear them, but the fact that often you can’t hear them at all until you get hit from behind. If anything, their sounds during hordes have been too loud and drowning many special cues even before the galloping.

This is all I hear when the Beastmen sound starts: 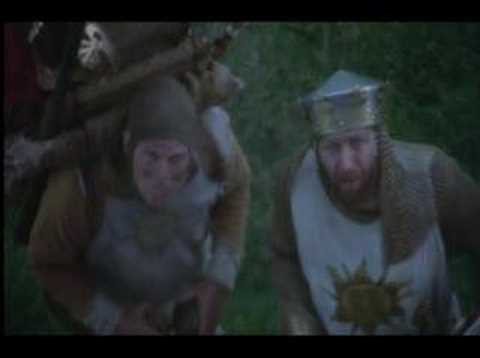 And… they don’t have footstep sound while climbing and dropping right ? since they kinda cut the animation by attacking before the warning sound even start it should be the priority i believe.

Beastmen spawns are still out of whack and I would say audio is still a problem when they simply spawn so close to you that any amount of sound doesn’t really matter at that point.

As I said before the devs need to add bushes to all beastmen spawn points to fall more in line with Kruber’s warning.

Stay out of the tall grass and all that from The Lost World.

I must be the only one who doesn’t mind it. It kind of makes sense for them to be loud when they’re huge and walking on hooves, though I wouldn’t say it should stay unchanged if everyone else hates it.

I usually play at decent volume and also have kinda high end audio setup and this sound is again … embarrassing and should never reach official realm.

1st, it sounds ridiculous
2nd, it is way louder than other sounds (except for the new ratling and flamer pointless and also obnoxious sounds) making it irritating.
3rd, it doesn’t solve anything and is pointless addition in general, no other horde has this kind of sound
4th, as @DeMasked and others pointed out, no matter how loud or obnoxious they make beastmen sound… it’s not solving the issue of them spawning meter behind you and just slapping you in the back

5th, the font is horrible and doesn’t fit the game at all

Without doubt the worst problem is that Beastmen still spawn too near… But the new stomping sound isn’t so bad. It helped me sometimes.

That’s how the ambushes work they need to be close.
But i must agree on the fact they kinda spawning behind a rock you passed few second ago and pop like a cartoon joke which is annoying.
Just gotta wait for them to be fixed, like the whole mess verminbugs 2 hopefully next year ( i had some venom to spit sorry )