Suppression Not Working Correctly In Some (All?) Cases, Such as Dregs w/ Video Evidence

Issue Description:
As per the title. I will admit, I don’t fully understand the issue here and the complexities therein. But this issue has 2 general aspects:

Pretty straightforward. Suppression sometimes makes enemies run, sometimes they freeze and cower there for a while. There seems to be no rhyme or reason for it.

Dregs seem to be the cause of a lot of issues, I’ve found, when it comes to enemies. The Scabs function overall quite well, but Dregs not so much.

I’m not sure if Dregs are meant to take cover, but it’s extremely rare that they do.

However, suppression working on them is extremely inconsistent. Sometimes it works, sometimes it doesn’t; but it’s always the case that they recover instantly. 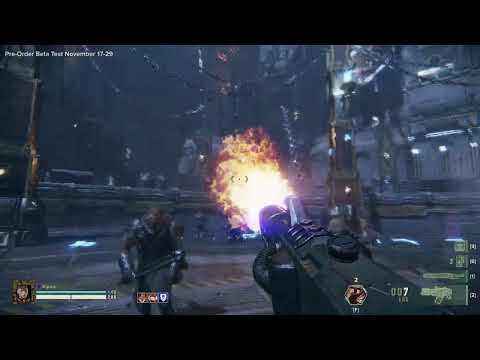 3 Likes
Zealot Feels Quite Anaemic Compared to CBT, in Part Due to Engaging AI in Melee, and In Part Due to Career Skill Changes
Cornarias November 28, 2022, 5:12am #2

Of note, and I’ll make another post on this later, but Dregs are also still being weird with entering melee. It’s really hard to get footage of it, but it’s very clear in gameplay when compared to the Scabs. It feels like they’re prioritising ranged heavily, I can’t figure out how or why.

Scab shotgunners will enter melee at close range. Scab Gunners are the same. Dreg gunners and shotgunners, however, will not.

It could be tied to this issue? Considering if they’re prioritizing ranged over any other state, it may explain both of these behaviours.

Got confirmation from devs that this all seems to be working correctly. Thank you for your report either way, the behaviour of these enemies can still be tweaked based on performance data and feedback if there seems to be a need for it.

How is it literally intentional to have an enemy barely flinch when 15 bolter shells fly past their face? What is the purpose of having a mechanic called “suppression” if it does not apply to an entire class of ranged enemy?

could you get an explanation as to why its like this? Suppression is most important against ranged units yet they are the ones just ignoring it.

are the ones in brown clothes maniacs?

@FatsharkQuickpaw Huh, I will be honest, that’s extremely surprising. The way they act is so… Janky and off-seeming.

If I may, why is it that high suppression weapons such as the Bolter and Flamer aren’t suppressing them, but weapons like the Autopistol are?

Is it a case of it not being a bug, but instead values are tuned a bit strangely? Or is this behaviour fully intended?

I get you’re busy, so no huge pressure here, but it’d be nice to have some closure on the issue!

OK this is flat out not working ‘as intended’

I tested this in the meat grinder.

if you start and stop shooting the flamer (shooting a stream) you can get the shooter to be suppressed while the stream is on just like the rest of the units. However it does not happen all the time like the other units. Sometimes his animation resets

I’m just equally confused as to why they run away from the autopistol but not the Bolter or Flamer.

I noticed that in this post. YOu’ll notice they something just… Snap back to standing upright.

Hopefully your post can shed some extra light on what’s going on here.

If nothing else, there is a bug, but it’s the animations.

Ill make a new bug post, it seems they are just plain ignoring this thread now that its marked ‘not-a-bug’