I was observing chaos spawn model, and its really good looking, grotesquewise, the sound it makes is also very amazing, you guys should make more enemies like that, this lovecraftian body horror adds such another layer to the game tone, i love it (i love everything you done here, no exceptions)

My sugestion is something like a mini-boss, sort of like a chaos warrior type of enemy BUT hidden inside armored enemies that would only come out after you kill certain enemies and it would start forming outside their mutilated body, like a parasite from resident evil 4 (low res video related) 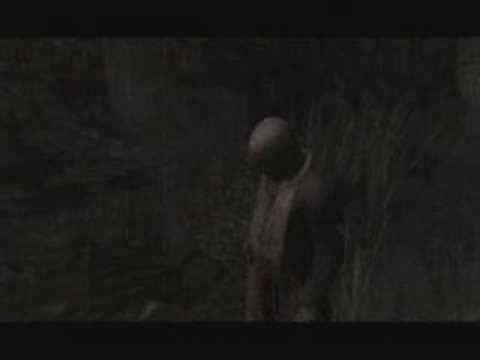 in res 4 enemies with the glowing eyes had virus inside them that would replace their heads and add another layer of tension to the game, i believe something similar is welcome in vermintide 2, specially since all enemies rush to the player, could have one that walks slowly and just look like a pille of pain.

Either way, love the work you done so far, keep it up!

I personally think it would fit with the Chaos nature of the Rotbloods, and also with Nurgle. I am however not sure how lore friendly it is.

It’s actually pretty lore friendly, that a mutation or dark blessing might happen right before your eyes. Something like it is actually already very much in the game, the Gatekeeper on Skittergate. Starts as a Chaos Champion like Bodvar, but when you kill him, transforms into a Chaos Spawn.

The modifier Twins of Tzeentch, which splits enemies into weaker ones upon death, might be reverse engineered to instead have multiple tiers of one type of enemy, and have it transform into the more difficult version progressively the longer it is alive. There is a Tentacle Sorcerer in the base game files that works like a lifeleech, but creates portals that tentacles come out of and grab players, requiring a rescue. Perhaps an end event where you have a higher spawn rate of blightstormers/lifeleeches, with a modifier that if not killed within a set amount of time, they turn into tentacle sorcerers, and if a tentacle downs someone, that tentacle sorcerer turns into a Chaos Spawn, using the same animation/effect as Gatekeeper Naglfar.

I think this actually could be a really awesome end to Convocation of Decay, which needs a rework right now as its a mess. If the end were a bunch of blightstormers/lifeleeches at once with this modifier, and remove all the special spawns/reduce the horde frequency. Could be a very cool and lore friendly mechanic. Might also be neat on the Blightreaper map, and on the Hysh wind in weaves, and any other future maps that involve chaos rituals.

There is a Tentacle Sorcerer in the base game files

is there video of this working?

have it transform into the more difficult version progressively the longer it is alive.

Yeah something like this would be awesome, a very easy to kill early stage, it would slug away and try to morph and everyone, or someone at least, would have to prevent it.