You made a beta stream specifically so people who wanted to deal with your Frankenstein’s laboratory patch bs could do so w/o the core game being affected. What was the point if you were just going to ignore the bulk of feedback and make the entire player base unwilling participants anyways by forcing the beta patch live before it was close to ready? 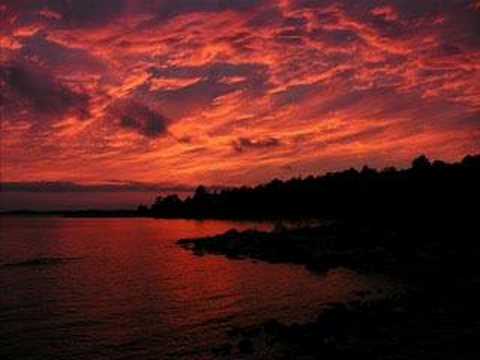 Meanwhile, everyone outside of the vocal minority who seem to spend more time complaining about every change than playing, are still enjoying the game.

A couple things got nerfed, there are inevitably some bugs, it’s a video game. Relax and play the game. Or take a break and wait for the (green) dust to settle a bit.

Somehow I feel like a hippie protesting against Korean war when listening to this. And also somehow I don’t feel bad.

Meanwhile, everyone outside of the vocal minority who seem to spend more time complaining about every change than playing, are still enjoying the game.

Oh, so thats why latest VT2 reviews are mixed for a long time on steam now, good to know.

That must be why the silent majority just outright quit the game then?

I’m just gonna lump this all into one post because it, like this thread, isn’t really productive.

Somehow I feel like a hippie protesting against Korean war when listening to this. And also somehow I don’t feel bad.

This is so illuminating. Get a grip. It’s a video game.

That must be why the silent majority just outright quit the game then?

Yea, FS working as hard as their small team can to get out both fixes and content and in the process nerfing the ex sword and not listening to 6 guys rant about Unchained is why the player count dropped. Or possibly the game isn’t for everyone?

Yeah its a pretty niche appeal First person Co-Op objective hack and slash. Tons of indie franchises in the genre like L4D, and Borderlands.

That doesn’t at all relate to what’s being discussed here. You’re not even picking a relevant strawman to base your fallacies on.

Yeah its a pretty niche appeal First person Co-Op objective hack and slash. Tons of indie franchises in the genre like L4D, and Borderlands.

Or possibly the game isn’t for everyone?

The game is good, the community is bad! And ignorant!

Oh brother, here come the strawmen and other fallacies. Spare me, please.

Look, the game is demonstrably better with 1.0.8, for new players and vets alike. It just is, there’s no arguing it. There are, and will be, some bumps along the way but this patch introduces huge improvements. Lots of fixed geometry (I personally haven’t had a gunner shoot me thru a wall once), added voice lines that add huge depth, improved performance, spawn tweaks, etc.

It’s a work in progress. FS is an indie dev. Even if they got all the money from VT2 in cash, you can’t just onboard 20 developers in 2 months and have them “fix it all.” Doesn’t working like that.

If you’re not down for seeing things get better as quickly as they can – and deal with a wart or two along the way – then relax and play something else that doesn’t burn you up.

But it sounds like there is an argument to be made about it making the game better. It added keep interactions between characters (Big plus), fixed some geometry but thats still a work in progress, added another four jumps to the keep jump puzzle, and that’s really all I can notice that’s a positive. Silent patrols are back for me, the balance adjustments are just bizarre, I’ve got new issues as Slayer with the fixed geometry where I’ve flown off into the sky on into the nest from clipping something with my jump and the game freaking out, all in all its just sloppy work and I don’t understand why they bothered to have a beta branch when they took none of the feedback into account and took the laziest approach at solving the damage cap abuse that two classes were capable of.

Why is literally everyone else, including people who are usually painfully optimistic, calling this patch out as bs?

You even play the game? The patch notes are, again, disingenuous at best and dishonest at worst. It’s a mess and beta testers were ignored. STFU acting like this is some poor starving solo indie developer. This is a reasonably-sized, multimillion dollar gaming company with multiple titles under its belt. Spoiler alert: one of those titles is virtually identical to this one and they should have learned most of these lessons already. Similarly, STFU about this being a WIP, because it was a full release with a gd collector’s edition, which I paid for. FS doesn’t wanna get called out on that they shouldn’t have lied in their advertising.

Also, wtf cares if you haven’t personally had a gunner shoot through a wall at you specifically yet? Patch hasn’t even been live a day, yet other people have. Play more maybe? My very first run had gunners and stormers through walls.

This patch made graphics worse, gameplay buggier, pwned multiple balances, and ignored the community entirely. There’s no forum badge for being an incoherent white knight fanboi so stop peddling bs. No one is buying it anymore.

It’s a work in progress. FS is an indie dev. Even if they got all the money from VT2 in cash, you can’t just onboard 20 developers in 2 months and have them “fix it all.” Doesn’t working like that.

I wonder if you don’t want to see the problem or if you cannot see it. People, yet again, are not concerned about slow fixes, people are concerned, that wrong things are being fixed, and that most necessary changes are not being made.

And since you started “strawmen” and “fallacies” topic, this is you, my friend, who’s doing such things. Making up an argument and then brilliantly arguing with it.

Didn’t know that was possible.

They should of left the game as is and just fixed loot, overhauls like this just cause more problem and make it an infinite loop

As usual I have a topic just about that.

The game is bad which breeds a bad community