Still too many Chaos Warriors in Legend?

Chaos warriors stand to act as the tier of enemy above shield stormvermin with a damningly large health bar. However in Legend, even with the recent update, I’ve still noticed excessive amounts of chaos warriors not spread out along the map, but rather waiting all in specific zones just to wipe everyone.

What doesn’t help is that the chaos warriors will clip over one another, creating a wall of never-ending overhead swings. That and the issue with patrols spawning out of thin air or bugging out.

You can cry ‘git gud’ but there is a difference between something being an enjoyable challenge and being a frustrating conflict of pure rng with the AI director.

Even with specific armor-piercing weapons, it becomes near impossible to take care of the wall of 6-10 chaos warriors clipping in and out of each other spamming never-ending attacks on top of whatever else, if anything, you have to deal with (specials, hordes, bosses, etc.)

Only way is to kite / ranged weapons / ultimates. If you get too close and stuck youre dead. Turn around, clear a path and run, allowing them to spread out a bit. Depending on maps and amount of CW they can be a wipe, but it feels way more “fair” than before the patch.

For me, fighting random chaos warriors here and there has been fun and not excessive.

Maybe its just some bad spawn for you in a few games? Sometimes yes, you an get alot of warriors standing around but I have been able to handle them pretty well.

IMO the issue is the chaos patrol, which is too strong for my group (we hardly ever do BH, IB, pyro, stalker or use the strongest weapons because we’d like mix things up all the time). Almost every single time when we lose is when we get some bullcrap patrol spawn/stuck. It just seem so unfair to have no problem throughout the map and suddenly chaos patrol decides to wipe you.

The patrols are the main problem. I feel like that’s all we end up wiping to each game, so much that I don’t even know if I’ve fought chaos warriors outside of chaos patrols spawning wherever and whenever.

They should have a logical way of spawning and moving, and they should be very challenging but not a guaranteed wipe at the same time.

My friend has suggested that patrols should have a banner or wear uniforms.

My problem with patrols is that they are silent and they spawn on top of you. Which is still okay if they don’t result in autowipe.

I don’t know if its related, but I have noticed that when there are alot of sounds, you can’t hear packmaster or patrols, I have never had that problem in V1

There are instances where patrols don’t make the marching sound AT ALL even though they should.

There are also unavoidable patrols. Like in the end of righteous stand when you make your way to the temple. If there is a patrol there, gg.

Sometimes they are so spread out, they cover the entire section of the map like in hunger in the dark just before the grim or in convocation of decay sewer right before falling into the hole.

My problem with patrols is that they are silent and they spawn on top of you. Which is still okay if they don’t result in autowipe.

They aren’t silent, but, atleast for me, the Sound of the Chaos Patrols is less striking, less recognizable than the Stormvermins 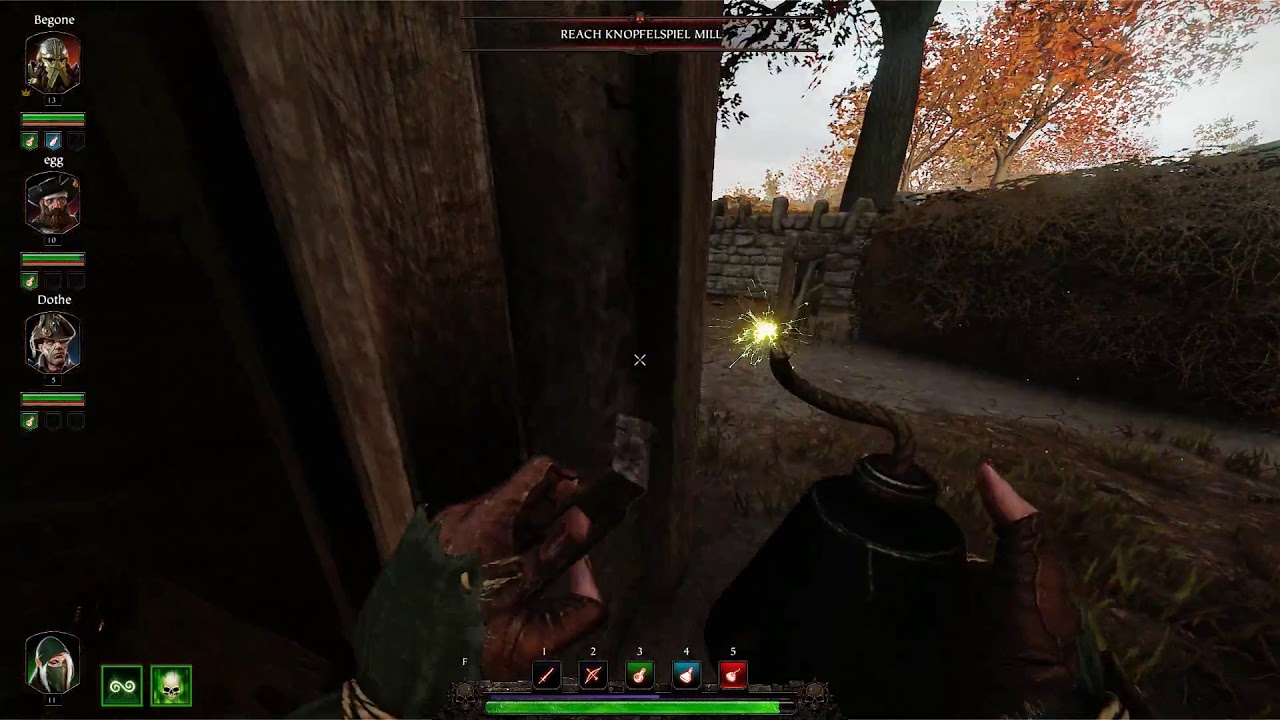 And maybe they are a bit too quiet.

But some of the patrol spawns can be really nasty

Stormvermin patrols were never a problem, their chant is okay.
Chaos patrols sometimes were silent, because a dead gasrat was louder than the mumbling of the pat so it didnt even get through.

it’s legend, this is what makes the difficulty fun.

you take that away, that’s basically taking away the difficulty of legend, along with ‘no hordes on boss fights’ types of threads.

you actually need teamwork to take these patrols down gasp

it’s legend, this is what makes the difficulty fun.

you take that away, that’s basically taking away the difficulty of legend, along with ‘no hordes on boss fights’ types of threads.

you actually need teamwork to take these patrols down gasp

OMG I had no clue this game was supposed to be played cooperatively!

If you had actually played Legend, you’d know the rng of it with patrols.

If you had actually played Legend, you’d know the rng of it with patrols.

i love how you insinuate that i have no experience with legend. i run it almost exclusively on any character in quickplay, and how to deal with patrols is just part of that experience. you’re probably just used to trying to damage them all down without spacing out abilities or elevation to run away, or someone in your party will try to facetank them etc.

i’m not saying it’s easy, i’m just saying that it’s a hurdle to take care of.

(unless you mean patrols spawning on top of the party, that’s not intended design)

what happened to all those people ranting about how powerful sienna (or X class) is and her ability to clear everything with her flaming skull without them doing anything? or there was another thread on how OP bounty hunter was and they literally don’t need to do anything the whole map. would love to see them on this thread. rofl.

Well to be fair mookanana, what you were implying

you’re probably just used to trying to damage them all down without spacing out abilities or elevation to run away, or someone in your party will try to facetank them etc.

They are basically a wipe unless you have a few miles of space to kite.

We all know how patrols “should” be fought. I assume we are talking about the spawns and locations in which they cause a 100% wipe. And I am sorry, but I have to insist that there are a few locations that make it nearly impossible if youre not able to kill them in a few seconds. +ofc the buggy spawns into a team, but I am regarding those as a bug which will be fixed eventually.

I’m not trying to say that chaos patrols should be easier or even that chaos warriors need less health. The spawns clearly need fixed as well as the audio, and some weapons are near-worthless in situations dealing with them (not that cc-oriented weapons should be super good at armor, but you should be able to fend at least one chaos warrior).

I’ve been in groups that have wiped both chaos patrols and stormvermin patrols fairly well, but that was because we had enough room to kite and everyone was using armor-piercing loadouts and were tanks/ranged classes. Basically if you aren’t playing ranged/tank or don’t have any room to kite it’s gg.

IMO amount of chaos warriors and chaos patrols arent as much of a issue as “they suddenly spawn ontop of team/spawn in line of sight out of nowhere” (instead of spawning out of LOS and walking into the likely player/map progression path) and the fact that a lot of enemies have ghost reach while a decent amount of melee weapons (which should be the main choice to deal with em) are bugged with phantom swings (exec sword most notably), bugged recovery timing from certain attacks (glaive push attack, krubers 2h sword charge attack and the charge swipe of the flame sword for example) and attack animation not ending instantly on cleave limit/environment hit.

I do agree that they shouldnt phase into eachother hip-into-stomach/do hyperdensity hordes do naturally (as in increase their collision box for eachother by at least 20%).

Personally the mentioned shieldstormvermin are a much bigger issue since they instantly recover stamina AND their shields dont break sometimes even if hit with a charge attack of shield breaking weapons (again a bug thing just like ghost reach).