AKA Fix these issues that have been around since the beginning please.

Playing Festering Ground as Slayer. Near the end of the map, just before the drop down to the swamp. My bots run off for no reason (chasing a Blightstormer or something); I don’t know that, and press forward. An assassin and two hookrats appear, I get pounced.
You can see me here, at near full health. Note in the background where the bots are.

Look at now. See how much health I’ve lost? Two bots have gone further away, one just stayed on the high ground and tried to shoot the assassin. Admirable, perhaps, but he missed.

Look who finally made it. He jumped down and charged just as I lost my last hit point.

Played a second game, this time I said “eh, I’ll be Ironbreaker for a change of pace.” Things go fine enough. Go into the first event in the arena with all four heroes having healing items, naturally.

Of course, by the time we’ve left, they’ve wasted them all.

Get to the top of the elevator, get a horde. A gas rat throws, and I pull back. Look at those champs, sucking up that poison like they got jobs as sponges.

You had seen in the elevator pic how they were all at max health, from wasting every healing item in the arena. Now look at them - this is 90% from standing in the gas.

Oh, then in the room at the end of the second floor of barracks a Minotaur spawns right in front of me, and then a surprise horde. Bots tunnel vision on boss, GG.

That was both games of the session.

Now, I’m sure some god-tier player could have kited that horde and boss for twenty minutes, whittled them all down, and won. I’m a good player, but I’m not a god.

In nearly every single loss - I can give you a dozen screencaps if you want - I lose because my AI allies are absolute garbage. I know it’s easy to say “well play with people”. Hey, that’d be nice, but sometimes I don’t want to, and half the time my net craps out for a few seconds and I get DC’d.

I know it’s a multiplayer game, but for the love of Sigmar - can you make bots basically competent? Can they actually prioritize reviving the player? Can they NOT chug every health item when they’re over half HP? Can they NOT STAND IN THE FIRE OR THE POISON GAS? 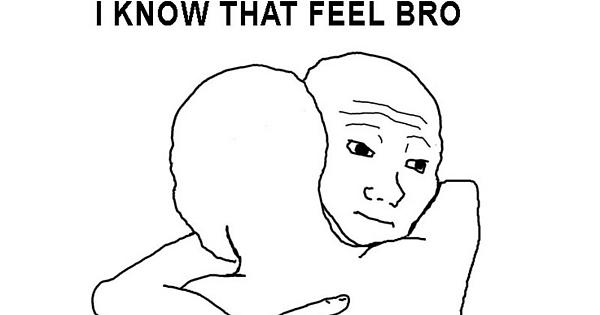 You know, I doubt they’ll ever be fixed.

Probably because they’ve no idea how, being proven wrong would be great.

I always thought the rational for bad bots was well meaning but not wise. they want the boys to auxk just enough that we can play with them but would rather a human. I get that. but the bots are way worse than they need to be.

Still better than a lot of QP players XD lol.

I can deal with the bots idiocy pretty well, but there are 2 things I wish would be changed. I wish bots wouldn’t chase specials miles away, and I wish bots would prioritize helping the player.

Those two, along with not standing in gas clouds and not jumping off ledges as soon as a Ratling Gunner opens fire somewhere. I am ragging on other things, but it’s all cumulative; if they even just let the mod be sanctioned that let you control how bots healed, that’d help a ton.

I’m not asking for them to do the run for me (and I know you aren’t, either), but just not to be actively detrimental.

Best solution would be to give the player more control over the bots. Then any problems or successes are the players, not the bots.

For example, having “Come Here” make them stop what they are doing and come towards you.

With a few commands for using healing, making them heel to you or roam freely, plus stay at a designated area, we would be able to work around the bad AI and any failures would be ours. Then FS could keep the bad AI (making humans superior) and still satisfy the need for offline play.

I’d be so down for that.

We had a lot better controls from mods in VT1 - and we have the better combat mod for them, but they did not sanction the mod that lets you control when they use healing items. Not sure why.

Right now . . . I just don’t know what’s going on. I have to show another example here.
You can see that Saltz is the only one up. I’m the closest downed one to him - Kruber is off to the left.

Saltz ignores me - the Blightstorm has died, and I am being attacked by a single mob, while none of the other AIs were. He prioritizes the Kruber who has the most health and is not in danger. And for some reason he does not even take the direct path, but goes around the log.
They actually did reach me in time, but I was one hit from full death.

Just . . . nothing about this behaviour makes sense. Why will bots utterly ignore the player when downed but race to help each other?

Yes, thank you. I’ve been saying since launch that bot AI is completely unacceptable, and other than that 1 mod that got sanctioned they’ve somehow only gotten worse.

It’s just really frustrating to see FS obviously ignore things that regularly ruin people’s experiences to repeatedly fix game crashes that pop up every major update. At this point I don’t care about season 2, I don’t care about Drachenfels, I don’t give a damn about weaves, I just want a game that functions properly (bot AI, spawn proximity, crafting system, sound cues, non functioning talents etc.) and every resource spent on anything else is a betrayal of the player base frankly.

I know the feeling.
But I guess FS would sooner fix the issues if you could provide them not with just complains but with constructive ideas of what needs improvement and how. Or at least I sure hope so

If fixing the bot AI is too hard, the devs could at least make the bots more “cheaty” on legend and higher difficulties, i.e slightly higher Max HP for bots (say +10% on legend and +20% on cata), passive 50% AoE damage resistance, useful for those times when bots like to steal the enemies gas with their lungs, the ability to automatically teleport to you if you’re down, an extra stamina shield (bots love pushing).

Although if the devs want to fix some things bot AI wise, they can start by making bots path better (less suicidal) and to prioritize shooting specials that are far away, instead of trying to melee them. Lastly bots with Natural Bond should heal themselves when wounded, no matter their health. I like running a merc bot with NB since he can keep his and everyone elses THP up comfortably with his ult.

A lot of suggestions have been made.

@RaNdOmKiLs666 also has a good suggestion, if there are coding reasons the above are buggy/difficult; just let the bots cheat some. Why not give them at least resistance to AoE attacks, since they can’t path properly around it*? Why not let them teleport to the player more easily since they’re so prone to getting stuck?

*Especially in the finale of Garden of Morr. And yes, with a proper route you can avoid them getting stuck, but they’ll still take a lot of unnecessary damage and you have to baby-step them around the whole arena.

There are 3 changes that bots desperately need. Use ranged weapons against specials if they are a certain distance away (especially if it’s a gunner or flamethrower rat) and don’t chase them a mile away. (This is the cause for like %95 of my solo wipes. Eg: I try to keep them off to the side as a patrol passes then a sorcerer appears in the middle of the patrol and all the bots are like “We better take care of that Life Leech immediately before it escapes!”) Stop being suicidal and attemp…

Even if they can’t fix the AI this command would do wonders.

For example, having “Come Here” make them stop what they are doing and come towards you.

Someone needs to make this a mod and FS needs to approve it right away :).

Heh, yeah, having bots in your party usually means you’ll have to fight at least one patrol you could easily have avoided. Sigmar help you if the Goat Boys decide they want to appear at the same time.

As someone with massive performance anxiety when playing multiplayer, I rely on bots to get me through any map above Veteran. Improving their AI and making them easier to deal with (with the command wheel for example) would be a godsent for people like me.

Even though I’m sure I’m in the massive minority.

Having the right teamcomp and some positioning does wonders.

As someone with massive performance anxiety when playing multiplayer, I rely on bots to get me through any map above Veteran. Improving their AI and making them easier to deal with (with the command wheel for example) would be a godsent for people like me.

Even though I’m sure I’m in the massive minority.

Easiest way to do this is to simply cheese by setting up a good teamcomp that you use.

The bots will deploy according to a priority order that you choose in settings somewhere, and they use the career+gear+talents you last used on that hero.
’
I´ve soloed a heap of maps like that, it does get hairy sometimes but as long as you stay in areas that packmasters wont get any advantages from it usually works well^^

Also, dont be shy about screwing up or playing poorly as you learn, start off in easier difficulties then work your way up, i certainly did that stuff a metric ton.

Heck i still do when i use a setup that i havent practiced well enough before.

The bots will deploy according to a priority order that you choose in settings somewhere, and they use the career+gear+talents you last used on that hero.

Loadout Manager mod let’s you set your bots to use a particular loadout (career+gear+talents) always. Then you don’t have to manually change them at all. I highly recommend using it if you ever regularly host and don’t play with full group.

Easiest way to do this is to simply cheese by setting up a good teamcomp that you use.

Oh yeah I’ve looked into the bot guide and set myself up with an Unchained Sienna, Mercenary Kruber and Zealot Saltzpyre bot for soloing purposes and set them up with the Loadout Manager.

I´d recommend witchhunter over zealot simply because of his specialty about tagging enemies+his AOE ability.

Its honestly quite amazing, just by having that bot around any boss or pesky special has a default 20% less health as long as they get tagged.

Works wonders on bosses for one.

But unchained is pretty good, although i am unsure if battle wizard with a heavy fire setup might not just be really OP now.