Ah, nvm then, now I get what he was talking about.

I wrote something relating to this, reposting it here in the hopes it might be seen by the relevant parties :
"
Receiving duplicate illusions/reds rather than the ones you’d be interested in, is rather frustrating.
To circumvent this, It’d be nice if it would be possible to :

Both of these would go a long way to mitigating bad RNG and to alleviate frustrations with being given loot (especially repeated loot) that wont get used. The exact exchange rates of which are up to the devs, assuming this idea would be considered. In such an event, I’d suggest 1 red weapon in exchange for another, perhaps even only within the same category/class, as well as 1 red utility item in exchange for another, as well as the option to exchange multiple red utility items in exchange for a red weapon of choice.
Similiarly the same could be done with Illusions, ranking them from most common/least decorative to most decorative, and thus setting the exchange rates that way.

Also I’d like to note I’m not suggesting this be done between players, I’d like to see this as a purely NPC function.

Yea, I constantly get red necklaces. Even on my 4th one, I was still trying to see the bright side. Hey, I can try different builds now, spec some out for tanks and so on. Have some with the same properties but different traits, etc. But after they keep dropping… well, I’m not so positive about the necklaces anymore lol.

Meanwhile, out of all my reds, only two have been primary weapons, melee… And they’re both for weapons I don’t use lol.

I’m becoming real tired of the duplicate situation (as if i wasn’t tired of it from the beginning already) but now am sitting at 5 + of basically every accessory , i just want to play the game with shiny weapons Fatshark i don’t care about stats

Yea, I constantly get red necklaces. Even on my 4th one, I was still trying to see the bright side. Hey, I can try different builds now, spec some out for tanks and so on. Have some with the same properties but different traits, etc. But after they keep dropping… well, I’m not so positive about the necklaces anymore lol.

It’s like the game notices you using different necklaces and goes “Oh, I see you like necklaces. Here, have another one”.

I was happy when I got my second red necklace since I don’t want every career to carry natural bond, but after the 4th I was… not so happy anymore.

There is already 2 “necklaces” post on 1st page, so I think this explanation is needed.

Also, considering jewelry droprates, it’s pretty real to get 6-8 of them in a row. Ask @Revy if you do not believe me.

I find no problem believing you, and the higher chances of getting jewellery compared to weapons is something I had always thought about (my post above was purely in jest).

I was not at all surprised that my first 3 reds were all jewellery including a dupe, for the reasons you quoted.

I can confirm 6 charms in a row as stated below. Completely dissapointing and missleading design. For myself I decided to make a break, since you cannot stick or maximize the career you like the most. And thats gamebreaking for me sorry Fatshark.

yea, it’s kinda to be expected. You have 3 slots for jewellery and only 2 slots for weapons. It’s just a bit annoying. Even for my secondary ranged weapons, I’ve got duplicates of the same bows lol. Again, I’m trying to see the bright side. Spec’ing some out for Chaos damage and crit, others with monster damage and crit.

Pm from Hedge to me on this exact issue:

“I don’t know what the future plans are, it’s likely reds will be altered in some way to avoid dupes or similar* or have some re-roll behaviour* (* neither are confirmed just me shooting from my gut feeling, but it may be some time away)”

Ah that’s cool. My response would be:

I don’t know what my future plans are when it comes to vermintide 2 paid DLC. It’s likely I’ll drop the game for a while until it respects the players time, just me shooting from my gut feeling, but I may pick up DLC in a future steam sale at rock bottom pricing.

I just got another charm today, so that makes it 9 red charms lol.

Could post something similar… got a Screenshot from a General´s Vault on my steam… a Red Sword and a Red Charm were in it… It is definately possible.^^

Ive got 515 hrs in this game and mostly play on legend and I have never once gotten 2 reds or 3 reds in 1 chest. How rare is it for this to happen getting 2 or 3 in 1 chest!?

Noone here will have those numbers for you. We have no idea how rare it is. especially since it also depends on what quality chest and from what difficulty.

Just did a little video about my lack of melee weapons and multitudes of ranged / accessory items. I main Slayer (the nose gives it away) and I’m at 374 hours. Lots of duplicates and it feels bad. Also have the ax and shield but forgot to mouse over it. Point being - Way too many charms and trinkets. Also in reference to the multiple reds in 1 box, I don’t have it on video but I’ve received 2 red charms out of a soldiers legend chest a few days ago. 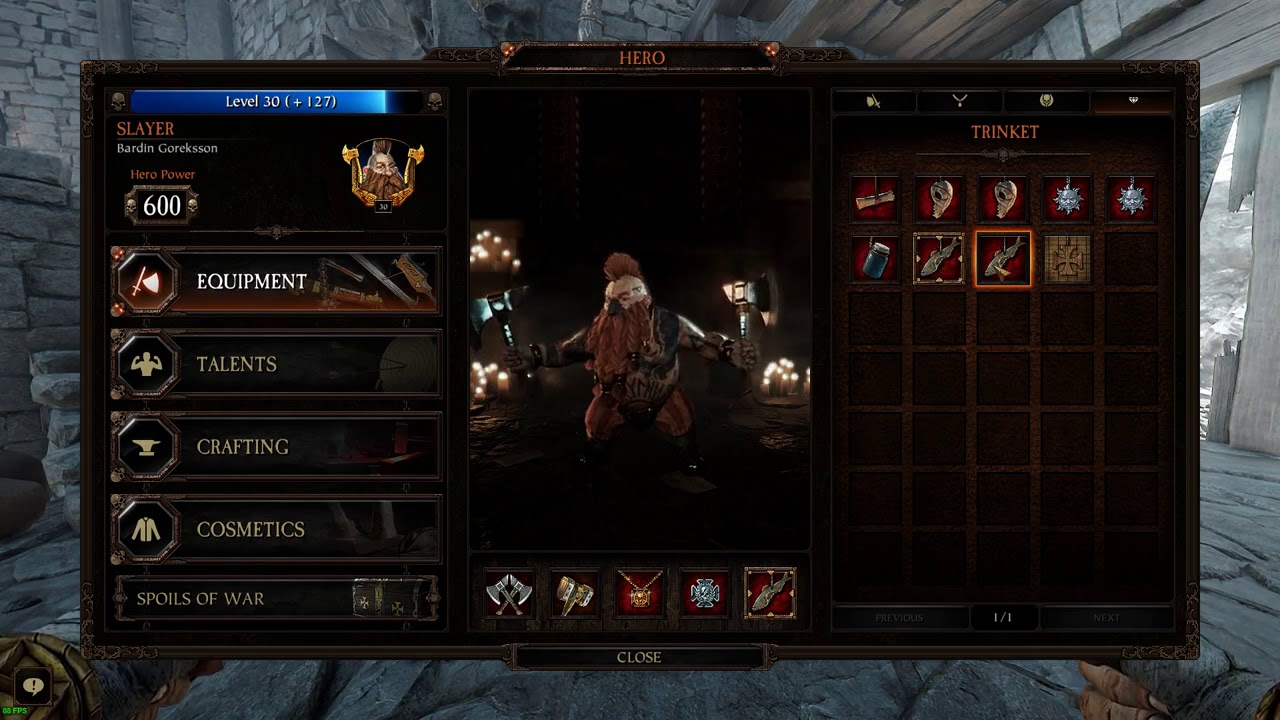 I’ve probably had a string of good luck, but since the patch I’ve gotten more red weapons than jewelry. Shrug

But I’ll agree, red dupes need to be addressed. I’m still sitting on 6+ of each jewelry type, if not more.

These are both duplicates as well

I guess chest hoarding season 2.0 has been officially opened.

Can I trade my duplicate for other reds? Please solve this as it is very disappointing. I have stopped playing for a while as I very disheartend. I want one red on my main character and keep on getting duplicate necklaces, trinkets, and charms. Have a place where I can trade it in for another, problem solved.