PREMIUM Grail Knight without REAL PREMIUM cosmetics - Challenges: "the 100%" LOCKED behind a Paywall - too expensive Price 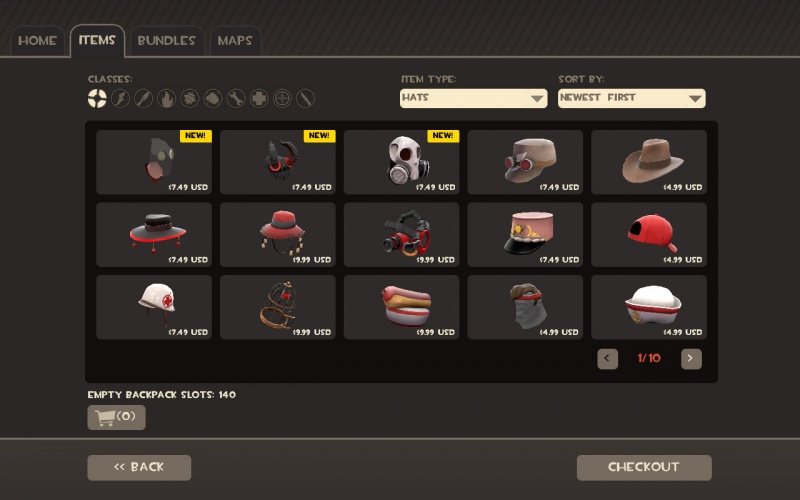 Interesting Grail knight is worth 1 or 2 hats

It was written and was on stream

It was written nowhere.

“It was on stream” isn’t an argument, not everyone watched the stream, and whether they said it on the stream or not is completely irrelevant when the information isn’t on the purchase site.

Perteks you can trade those items on the market and even have a chance to get more money, you cant trade V2 skins, so that comparison is not worth anything…

lol whos making the assumptions, you asume i cant afford this, i can promise you i have lots of money, im dont need a job, i work from home with trading… (and made tons of money)

Yes, that’s literally what I said; it says “either or”, basically, implying that you can either unlock them through challenges, or just buy them at Lohner’s. It never specifies that some are locked behind challenges.

I see your point and agree with you.

False advertisement has been their thing for over two years now. What a surprise. Who would have thought.

But maybe people like me think more about what value they get when they buy something (no matter if its 10$ or 100 000$), but idiots like you dont

What I don’t understand and agree with is this ^ behaviour. If you’re coming back to the forums just to spread toxicity, you may just as well stay away.

lol whos making the assumptions, you asume i cant afford this, i can promise you i have lots of money, im dont need a job, i work from home with trading… (and made tons of money)

So basically you asked your parents to buy you a $4 DLC, and now you’re angry because you realized that the actual DLC you wanted costs $10 and you don’t know how to explain this to your mom. Pretty relatable I guess.

you can get any of these hats for less that 10 cents on any trading website, the ingame shop is a cashgrab as is the one in warframe and they are purposefully made that way…

That was one of tons of examples

For an even more egregious and recent example, you could look at VALORANT’s pricing system.

Isn’t that from a free to play game though?

The fact that there are zero cosmetics unless you buy the bundle speaks for itself.

On a bs level with locking a difficulty behind a paywall and selling DLC with weapons that are so op that they went from three dodges to 99 just because $$$.

I like Vermintide, its a great game and the art and overall design are amazing but the decisions the management at Fs makes are really bad.

We have to consider too that GK’s cosmetics from Premium Version are, more or less, just those ones you get free with every other career… there aren’t so many really paid cosmetics.

Finally someone says it: it can’t really be considered premium content when it is just what’s available to the other careers: skin recolours and hats unlocked through challenges.

The indignation that someone has expressed for the fact that those premium cosmetics aren’t readily available, but have to be bought through the emporium or unlocked through challenges, stems from the same source in my opinion: the expectation that a premium purchase should reward you with something premium. I like unlocking stuff throught challenges, but that’s how the rest of the game works, and the fact you have to pay premium to get “normal” game content is pretty insulting.

Expecially because challenges give you something to do and to look forward to with a character. Removing that from a player who bought the career is such a weak move.

People keep pointing out other similar beavours and saying ‘well they do it’. Yeah thats why I think they suck, that is why I don’t support those games and practices. This is just more nickle and dime behaviour from fatshark. It’s like here is a gold colour upgrade DLC for your Horse Armour DLC… oh its not that bad… no its a Cosmetic and mechanics DLC to complete a lacklustre mechanics DLC that is years overdue and should have come with one of the previous lacklustre overpriced paid content DLC’s.

The only challenge that I saw and went wtf Fatshark is the helmet cosmetic locked behind 100 missions. The rest is open a private lobby and be happy you get it pretty easily, they have no difficulty requirements

The base class without cosmetics is pretty much a steal for what it gives, though. If you consider the work that goes into something like that, you can’t really complain. If FS just sold the full class as-is, including the cosmetics stuff, for the “premium” price, there would be a lot less people complaining about the price.

Just consider it like FS giving you the option to get at least the gameplay of the class for a dirt cheap discount, so all of us poor people who only make “tons of money trading from home” can still justify the purchase for ourselves and don’t miss out on the actual fun of this update, instead of only giving you access to it if you fork over the full price.

No matter which way you turn it, FS has to get an income. For all the work they have to spend on all the updates, the amount of money you’d spend if you only buy the things that affect gameplay is really little compared to what you get in return, and if everybody only did that probably not enough to pay FS’s wages. If you want more things of only secondary relevance, like dressing up your character all pretty, and a meaningless blue bar going up to 100%, you pay the full price.

FS isn’t extorting you for the cosmetics. They’re giving a discount for a merely functional version of the full product. And in the end: If you disagree with FS’s business practises here, vote with your wallet and just don’t buy it.

I mostly agree, though I think discussion of price points is good and healthy and “voting with your wallet” on its own doesn’t really give FS any feedback on why the product was or wasn’t bought, so is clearly insufficient without also putting into words one’s reasons.

My main issue is how large the price differential is, forcing us into either having no cosmetics at all, or getting all of them for a hefty price. I’d be happy with a single orange illusion for each of the new weapons but I ain’t paying that much just to get that and have no option to pay a little for what I actually want. In this case they lose money because there’s no middle ground, so instead many people like me will just grumpily put up with the absolutely no bells and whistles edition, rather than pay for a bunch for stuff they don’t really care about.

I don’t see why people are fussing about the DLC. It’s like $10 (to have the cosmetics too). What the heck lmao? I know there are people on this forum that have a ton more hours than I do–I’m looking at you Sleezy–and would probably agree that at some point you’ve enjoyed the game for so many hours that a few bucks is nothing (and should be nothing for any adult, duh) and the devs deserve the support for entertaining you for so many hours.

Maybe I’m alone in this. But if I am, that seems a bit sad.