After lowering some settings in the Config file that were not accessible ingame, like turning off volumetric fog and reducing shadow resolution and the LOD distance, i managed to get the game to run at 70 FPS without FSR 1.0 or 2.0.
I did however notice that playing without FSR, any sort of particle effects will have massive performance impacts. Anything from cleaving through a small horde, to throwing a grenade at one, or unloading a fast firing weapon into a armored enemy that causes sparks. Even just hitting a poxwalker in close range will cause significant drops. These drops go to anywhere between 40-50, all the way down to below 30.

Having FSR 1 on quality and FSR 2 on balanced removes these framedrops entirely, and the only drops i still notice are from large hordes in certain areas, like the Smelter room at the end of that one Raid mission.

We definitely need options to reduce quality of these effects, and generally more settings for the ingame menu. 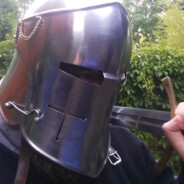 I think you’re onto something. I can run this game pretty flawlessly at 4k on hardware that exceeds recommended without Raytracing. But the main fps killer for me are the particle effects, particularly those that appear when fighting against hordes (cleaving through targets at melee range).

Same goes for fire, and even then its not necessarily the effects themselves, its really only an issue when they take up the entire screen. Its kind of like the type of slowdown I’d experience in other games when running AA and some particle effect is taking up the majority of my screenspace.

Kind of weird though, this doesn’t happen for me in the Meat Grinder. Or at least, I can’t tell? Hmm.