Not possible to dodge to the side

Is it intendet that you can’t dodge the running attacks of marauders to the side? 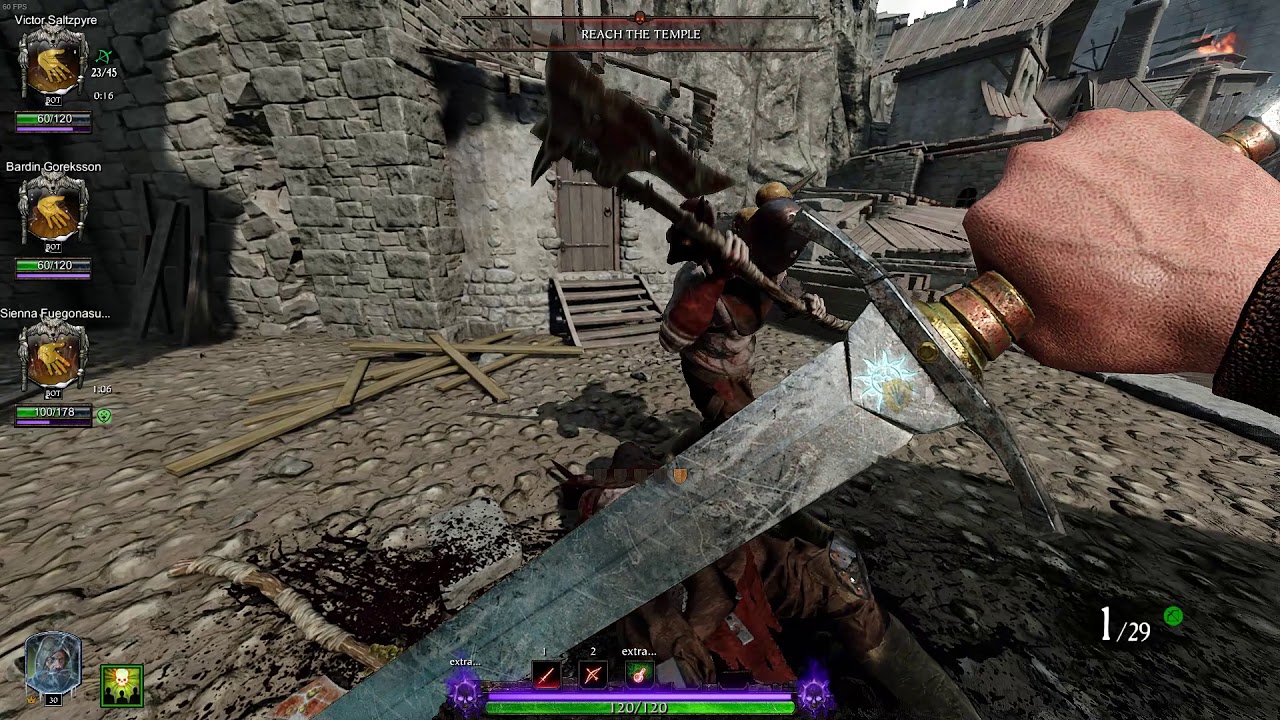 You are supposed to be able to but the sticky telegraphing is really bad, dodging mid animation normally makes them stick to you and even skate across the map when you backdodge half the time, its just really silly and I don’t think its intentional behavior.

Yeah they can follow you pretty well. But in this case this is not really my problem.
At 0:26 i dodge to his side and he doe not rotate towards me. He still hits me because of the big hitbox of this attack.
To be honest it kinda makes sense because he is swinging his weapon in a really big horizontal ark.
It is still weird thou that there is one single stadart enemy who has one attack that you suddenly can’t dodge to the side.
But i actually think it is kinda cool after i thougt about it. It raises the skill cap a little bit. Being able to identify this certain attack in all this chaos is quite difficult.
My problem is that the only certain way to avoid this attack is blocking because it is also really likely to get hit when dodging backwarts. But that will take a lot of your stanima.
There should be more than one way to avoid this attack. Maybe you should at least be able to dodge to one side depending on wether he swings from the left or right. Or you should be able to duck under his attack.

Right, but fighting multiple maulers all bugging out like this, or even the occasional other mob which gets sticky telegraphing can really reduce the ability to counter play, if you run a weapon like exe sword that makes you slow when multiple enemies start using this bugged out sticky targeting and you hardly have any dodge distance, 1 hit will kill you because the second they hit and you block you’re going to get hit like 10 times while you’re staggered. I don’t like that sometimes using exe sword on merc forces me to use my active just to break off telegraphs or that I have to sometimes take a hit just so I can swing and get a staggering paced strikes off.

Never noticed this… I’m curious though, does the increased dodge distance on classes like slayer, WHC, and shade allow you to dodge this attack? And surely the insane dodge distance of the HM can get out of the way.

with some characters who have more doge talent u can get behind him and he will still hit u.
is like vortex attack 360 hit.
kancer enemy when he is inside CW(overlapping)

You were dodging at bad times during that whole video. Sometimes it looked more like you were just trying to walk out of the way.
When you did dodge, all you did was jump closer to it instead of moving away.

When you dodge enemies you have to face them head on and then jump to the sides. So you’d be moving at a 90 degree angle from the attack.
What you were doing was turning away from his attacks and then dodging into it? For example, the attack at 0:22. You are still well within his hitbox because you were dodging at bad angles trying to orbit the Marauder instead of escaping him.

Besides all that. I found marauders usually have a blindspot in their attacks by dodging to your right (their left) when they do any kind of sweeping blow.

Yeah im trying to dodge into their attacks. This works for pretty much all standing attacks and most of the running attacks in the game. If you don’t dodge into the attacks you normally can dodge all attacks sideways. I made some more tests with CW’s, Marauders and slave rats. The video got a bit long. Sorry for that. 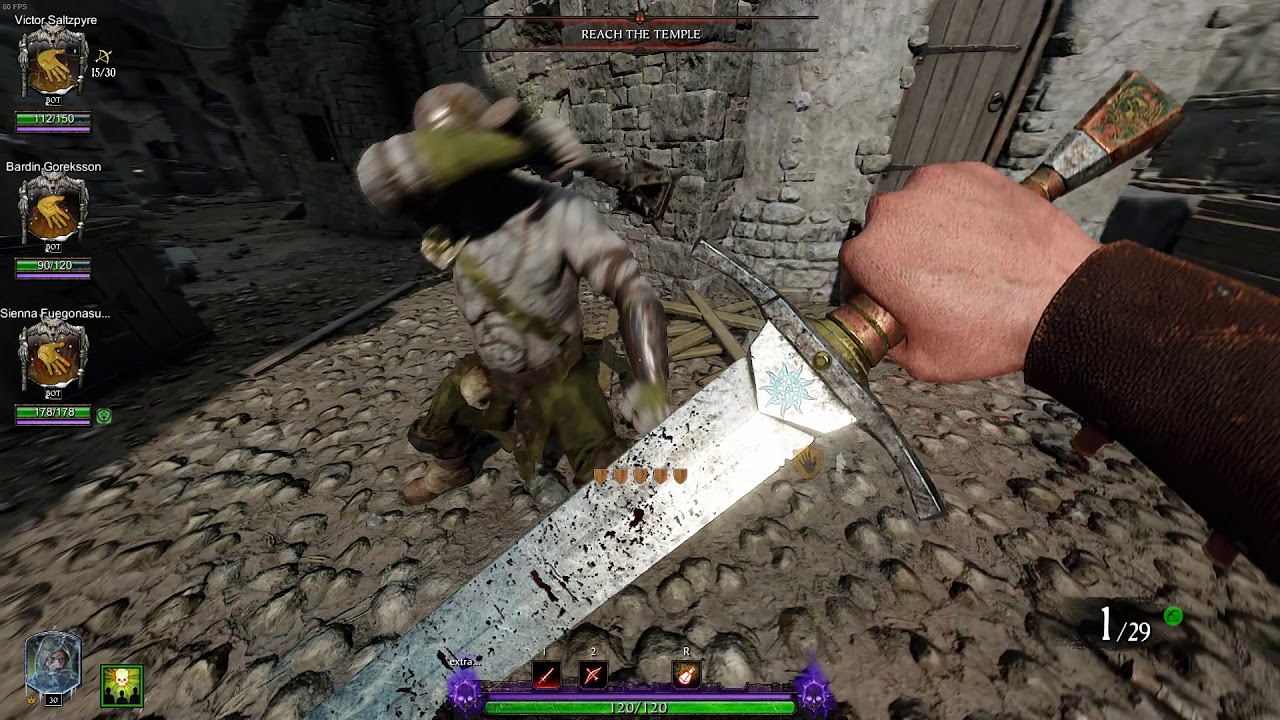 0:00 - 1:52 CW:
Dodging into his runnig horizontal attack works pretty well. Only if you get really close to him he will hit you.

Now everything you show are features in my opinion.
Not everything should be avoidable with your 1.2 dodge range. (but it is)
Skaven need to be a bit faster and cunning they are weak and deal low dmg.
If you ask me it’s very easy with them no longer tracking you. Before you needed to dodge late for maximum effect. Dodging elite slashes sideways was very hard even with 1.4 dodge distance but not everything needs to be dodgable to the side, you are able to dodge backwards or even backwards + left or right.

I’m curious though, does the increased dodge distance on classes like slayer, WHC, and shade allow you to dodge this attack?

Yes, but it will still sometimes bug out and cause them to skate after you, which not only increases their base movement, sometimes makes them teleport, but also is just silly when a mauler mid attack slides after you for miles while you spam backdodge.

Yeah i think the raider and CW’s are fine.
Marauders could attack faster in my opinion.
But i think the skaven running attack is to fast and unpredictable. It is not a proplem if you are the host or if you have a agile weapon that can attack cancel any time. But with the two handed hammer for example i often get screwed by the skaven running attack if im not the host.

Yeah a rat’s running attack is the most ridiculous one in the game right now. It’s hard to see it coming since the only part of the animation that changes is the arm holding the little spear.
It hits faster than any weapon you have too so it’s super easy for a couple of sprinting clanrats to interrupt you while trying to kill them.

I think that problem would be fixed if the rats started their charging attacks much earlier. It kind of feels like they have super high tracking on how it works. It’s hard to describe how it feels like. All they do is sprint and chase people until they’re only inches away and then attack. If you try to dodge before that, they just keep chasing uninterrupted. Even though any other enemy in the game would have already tried swinging at the hero and then be in kind of an attack cooldown. The whole thing is jarring to me.