So i noted that the halberd doesnt seem to cleave enemies as it is supposed to during a run today. I was playing merc with limb - splitter but i still could not cleave beyond a single mauler/raider with a heavy sweep.

Meanwhile the elven dual swords have inferior cleave numbers but they do hit 2 maulers per heavy attack even without any merc passives or talents.

I also noted that the pushes on it seem weaker than some other weapons i used, i had a stormvermin infront with 1 slaverat inside/behind him plus a few extra around. My push did stagger the big rat but little one was completely unaffected.

That´s not how i recall that being supposed to work and so i suspect something is not quite working as intended. I did not have these problems when using bretty sword on GK. 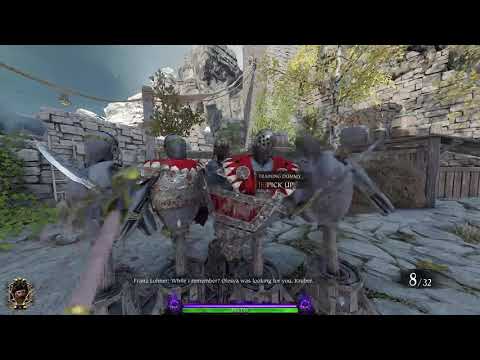 H1 has the Heavy Linesman.

Looking at it there is something weird. Why does H2 have more armour damage than H1 ? And H1 has all the cleave… It looks like they swapped the heavies.
@Fatshark, there is definitely a bug here. They should look like the reddit version, what they currently are makes little to no sense…

they should just swap heavy linesman out for tank

The stab is the one having Heavy Linesman at the moment, not the swipe. Changing it for tank wouldn’t change much.

they sitting on ass

they sitting on ass

Most likely they figured halberd was working as intended and left it at that while working on other stuff.

Well that definitely ain’t correct but considering how often we get balance changes, it might take a while

Probably so, I guess we will find out whenever a new patch/hotfix comes out.

I’m really confused on what the issue is here. Is it that the Halberd heavy swipe has Heavy linesman and doesn’t have Armour sliding?

As far as i can tell the heavy swipe doesnt have any kind of modifier active. Even on merc you cant cleave beyond a single raider/mauler.

No, Halberd’s Heavy 1 (the stab) has decent cleave and Heavy Linesman, and Heavy 2 (the swipe) has low cleave and no property.

The attack’s code has been switched around. 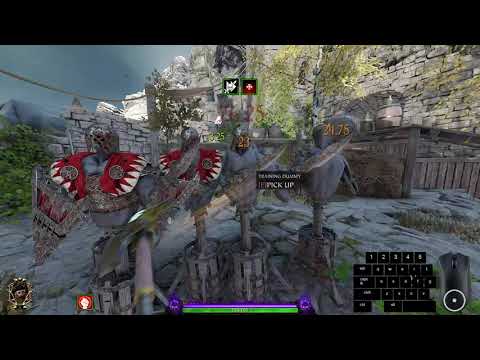 Unless the attack order is H2 then H1, which is literally not the way they are called by definition.

Then your problem is with the mod author on what they decided to name the attacks.

No, you can’t say H1 is the sweep when it clearly is a stab. My problem is with this :

Heavy 1 is the swipe, Heavy 2 is the Stab

I believe they changed it during the BBB, but despite what the mod or the breakpoints calculator say, H1 is factually and demonstrably a stab and H2 a swipe ; and the swipe has no heavy linesman property.

Then your problem is with the mod author on what they decided to name the attacks.

No he is not wrong.

Heavy 1 is the stab and for some reason it has a linesman modifier to help it pierce things. But the swipe for whatever reason has nothing.

I swear, got to the modded realm, spawn 2 cata maulers/raiders and use the swipe. Note that you´ll only hit 1 of them even if testing on merc with all the cleave buffs you can grab.

Then go use the elven dual blades heavy attack and hit both. Note the problem.

Raiders count as armoured, you can’t cleave them without armour sliding.

I just checked…you´re right but why? Why do their body resistances count as unarmored but have the mass of armor? O_O

Raiders count as armoured, you can’t cleave them without armour sliding.

What are you calling Armour Sliding ?