So actually this is the second time today i got kicked out of a lobby, just for playing elf. I dont have a huge problem with it, just joined another lobby after this and the problem is done. But this kind of behaviour damages the community, especially new players get a wrong picture of how this community really is. In most cases my groups are cool. But stuff like this makes me somehow angry. Judge the people by their playstyle, not by the character they play.

Anyway, be nice and slay some rats!

Getting kicked out of lobbies for playing Waystalker
NikKotovski April 27, 2018, 1:26pm #2

I don’t see a problem if you were kicked while in keep or as soon as you joined.

Maybe they noticed you and they just don’t really like you.

Kicking someone just because their career seems assholish. I’m still in noob territory hours wise, but skill seems to be the determinator rather than class.

That would reaffirm the “jerkwad” theory.

I’ve never been toxic to anyone in this game, and i’m not a bad player either… so i dont think thats the case. They just didnt want me in grp because i’m an elf player

but they dont need to insult people

“Elf … as predicted” This guy sounds like he has an Fedora collection and at least two Bodypillows :v

Maybe your name pissed him off and drove him to doing that. Also how is " I DONT LIKE ELVES AN INSULT " he just doesn’t like elves.

EDITE: i just found out what a " bougnole " is i take it back, he is toxic. I thought it was a fancy soup until i googled it.

Nah, it reads more like he got triggered because of the Character ^^

EDIT : Lets hope the Devs do something about it, this could really hurt a community in the long run 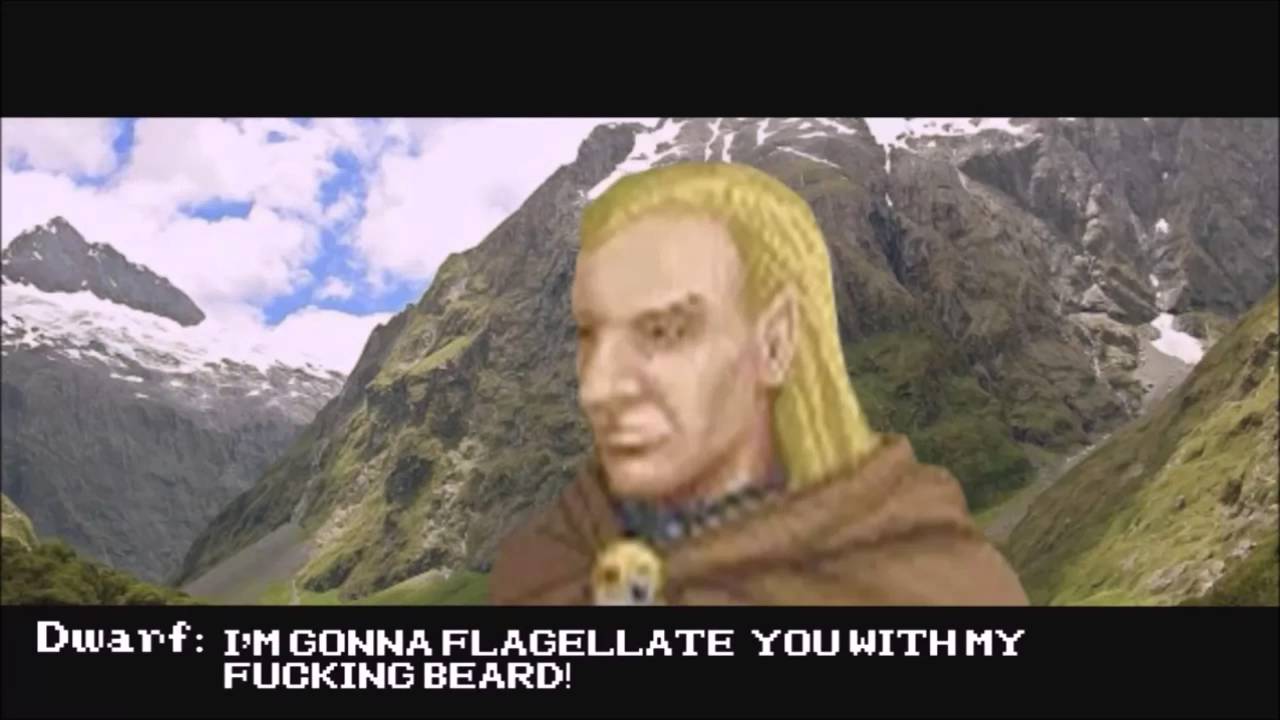 Yeah, I missed that part. But your name could also Trigger them, so they decided to troll you. I would not expect anything good from a ****weasel elf too tbf.

Can’t eve quote your post cause of your name.

EDIT : Lets hope the Devs do something about it, this could really hurt a community in the long run

I don’t think so. It hasn’t so far, and I see no reason why it would. There is always gonna be some inadequate people, and you can’t build a system around them. I mean you can, but you’re going to hurt all the innocent people.

Around elves, watch yourselves.
I started to hate sienna players more than kerrilian and i could not believe it would get to this point.

Yeah, i know that my name is a bit unlucky. But i use it since years and never had problems regarding it.
But why judge people by their name or their class? It’s just a name/avatar, it doesnt represent the person behind it. You should give a person atleast a chance to meet your expectations imo.

It’s just a name/avatar, it doesnt represent the person behind it.

It does. It’s not a name, it’s a nickname, a chosen nickname, thus you have something in common with it.

As for a chance… I personally do give people a chance, but 90% of the time I end up being right. Though when I see 2 ****weasels in my party, I either insta-leave or disband, because to hell with it.

I don’t think so. It hasn’t so far, and I see no reason why it would. There is always gonna be some inadequate people, and you can’t build a system around them. I mean you can, but you’re going to hurt all the innocent people.

Could be true, could be not true

We’ll see in the future

But tbh, i got kicked out from recruit runs, when is was leveling my Bardin (and he was my last level 1 character at the time, but i level them at least to lvl 10 in recruit before jumping into higher level with them) and was Level 1, because they dont want “to waste time” … on recruit and the others were 10-12 tops. When i would be Veteran + i would have understood when they kicked me, but cmon, kicking a level 1 on recruit is like kicking a kid from the playground

So lets hope something like this dont manifest even in the lower levels. As i said could hurt the playerbase in the long run when newcomers dont fell welcome and get kicked all of the time

Because judging people by their name is generally a good decision.

I dont agree with you on that, but i repect it.

I’ve only been kicked twice so far during missions. One time I lost a grim, since no one covered me when I went for it (Righteous Stand grim #2). Second time there was some ass, he said something rude, and I didn’t hold back (not that I ever hold back).

That’s it. So I don’t see a problem tbh. I think that’s a very cheap price to have a convenient system, that helps normal players so much.

Because judging people by their name is generally a good decision. I dont agree with you on that, but i repect it.

Not name, nickname. Thanks.

I started to hate sienna players more than kerrilian and i could not believe it would get to this point.

I don’t like BH tbf. Usually they can’t survive melee for 5 seconds. Best BHs I’ve seen had more melee kills than ranged. Even Siennas’ learned how to block in melee, but not these guys obviously.

You’ve definitely teamkilled for fun as elf in my games before, I remember your name. I can guarantee that you’ve teamkilled atleast one of these guys and they decided to kick you because of it. Why post this on the forums and cry about it when you’re at fault here, excluding the use of “bougnoule” on their end.

I recall someone with a name similar to yours blatantly game ruining so it’s no surprise they recognised you and kicked you the second they saw you were an elf. Sick of people like you on our community honestly.