From Malice to Heresy, too big a leap?

I have the feeling this may be divisive, but let’s discuss it.

From my personal standpoint, as a casual but steady player (3 characters at level 30 now), Malice difficulty had become a bit too easy. Realising several penances require playing on Heresy difficulty, I decided to make the jump.
I’ve been at it for several weeks now but I have to say the difference seems rather absurd, most games my team gets wiped, often even in the very first ambush.

Not going into each player’s own responsibilities, I feel like the major factor seems to be the huge amounts of specials and elites that spawn in, often even right behind you in areas you just cleared. Ragers, Gunners, Maulers etc are fine, but the amount of Bombers and Flamers that spawn and hose the place in fire so you never have Toughness and are always draining health is just… not fun? Not to mention the disco laser show the Snipers provide, being on the floor half the playtime because of Hounds and Trappers, and the amount of Mutants, Ogryns and Bursters making sure I get tossed around more than the new girl in the Playboy Mansion…
I don’t mind them being tougher, but the sheer number of them means it’s often multiple of each and every kind being there at the same time.
A solution could be just massively increasing the number grunts but instead of doing the same for Specials and Elites just make some a LOT harder, almost like minibosses? Just a quick thought.

What do you guys think? Do I just need to git gud or go back to Malice (already considering it tbh), or do you think there are some design flaws that need fixing?

You eventually get used to it, but the biggest thing to keep in mind is that you cannot really play heresy and damnation like you play malice, you need to adapt to the difficulty, work on positioning, work on how to deal with specials and elites now that they have bigger health pools and come in larger numbers, and in general step your game up a bit.

I suggest trying to play some low intensity heresy games to get used to the difficulty, that way you can learn and adjust a bit more gradually instead of having to deal with the rather high jump in difficulty that you get when you go straight from malice to heresy.

Damnation and heresy is good. Just u need to evolve u gameplay style, maybe get more meta weapon. And its normal to get wiped just because 3 hounds+boss and mutant.

Similar to how Veteran to Champion jump was…

What do you guys think? Do I just need to git gud

Gitting güd is not the end goal, but the journey itself

You must search within yourself, but also without, mainly around now that i think about it, for better positioning 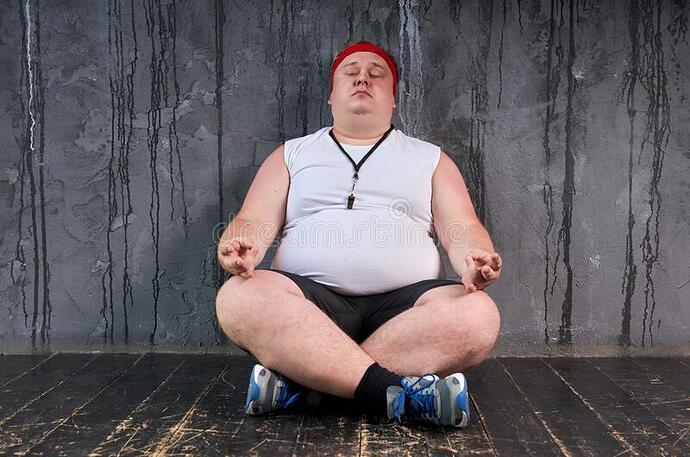 The team members should have different roles for better game. In vermintide there is only one from each class however you can see 3 or 4 sharpshooter in DT that has same role. Also there is no subclass for main classes like VT. So it is diffcult to choose one that is ok for your game style. This makes the game difficult to play in heresy+. I think DT has more chaotic gameplay than VT. Just slash and shoot. Unfortunately you can not depend on a strategy and this kills team gameplay for DT.

The biggest difference, is the time enemies take to react.
From Heresy onward, they react noticibly faster.
This added to higher damage and pin point tracking drasticly reduces the amounts of mistake a player is allowed to make.

As psyker on damnation i need to be very careful at positioning, weapon choise and damage dealt.

As zealot on damnation i have one strategy: Burn the hereric. Kill the mutant. Purge the unclean.

In both cases its just works.

Heresy is the natural conclusion of the medicae equation. Because the game feeds players 3 wounds on malice and bountiful medicae stations they can faceplant their way through the map without actually needing to learn how to deal with enemies. Heresy is simply the difficulty where that style of play no longer works.

Go back to malice and focus on efficient killing without taking hits to health. If you can manage a malice map needing 0 medicae while not playing like a total chicken you’ll be able to hold your own on heresy.

as I said before, I think that we need an intermediate level between the 2

The main reason you can’t adapt to heresy is because you need to unlearn a lot of the bad habits you picked up during malice.

Malice is a difficulty that punishes you for nothing. You can f up a thousand times and be fine. This warps the perception of a lot pf players as to how certain situations are to be engaged.

I’d recommend simply sticking to heresy, not low intensity, as that one is mostly filled with bad malice players trying to make a ‘softer’ leap upwards, and slowly adjusting your playstyle.

It’ll come with time but you learn by failing. No easy way.

From Malice to Heresy, too big a leap?

Yah I somewhat agree, Malice is a bit too easy. Probably could bump up the hp / damage by 10%.

Heresy isn’t too hard imo, Malice is too easy.

If we get a Malice with +10% HP and damages, it will make the gap between uprising and malice… and yet, it won’t make heresy more easy to reach.

There should be an intermediate difficulty between malice and heresy.

Perso, I have followed the advices. I changed my guns (clearly a difference), I pay 25 times more attention to follow the group, and I practiced by jumping in heresy. I, yet, be part of lost games. Lot of times, I met people that were kind enough to revive me when I did mistakes. But I, also, met people that rage cause you are not as efficient as they would want.
So, yes people say jump in the difficulty level and you will learn. That’s true. But:
1.) It can lead an entire team to the death… and can make people part of the team not really happy (and I understand them)
2.) it can be a real disappointement to get killed over and over again

That’s why an intermediate level would be needed…

Its strange, but damnation players much more kind. When i play heresy i hear TONS od complainings. On damnation is only advices and ggwp in the end.

it will make the gap between uprising and malice… and yet, it won’t make heresy more easy to reach.

That’s sort of the point. In comparison to VT2 (which has a similar difficulty system for the uninformed and is the base game this is a branch from), “Uprising” is easier than “Veteran” (Tier 2), and “Malice” is easier than “Champion” (Tier 3) in my eyes. In fairness, Heresy & Damnation are both easier than their T4-5 VT2 counterparts as well. Part of the reason DT feels easier than VT2, in fairness, is that in VT2 it wasn’t nearly as common or as easy to mow down enemies at range (much more melee-centric game).

If you’re already forming bad habits in Malice and not getting punished for them, why do you think Heresy should be easier? Malice should be harder imo.

In VT2, the jump from Vet to Champ was significant. Vet (T2) let you get away with tons and tons of bad habits, which got punished hard in Champ… like in T3 an overhead doing 60% of your health bar as a squishy from a Stormvermin instead of T2-30% or so (T4-T5 difficulties? You die if you get hit by that overhead, similar to a Mauler in Damnation). Malice doesn’t punish you, so you go the first three difficulty levels unaware of how careful you are supposed to be, and learn bad habits as a result.

That’s why an intermediate level would be needed…

That’s my point. Malice isn’t enough of an intermediate level, it’s too easy… as another poster said higher in the thread:

Malice is a difficulty that punishes you for nothing. You can f up a thousand times and be fine. This warps the perception of a lot pf players as to how certain situations are to be engaged.

Malice in general is just too easy and teaches lots of bad habits. For instance if you cannot do hordes with melee only in malice (not really a requirement) then you are simply going to struggle the moment you hit heresy where enemies start to force you more into melee combat and you are suddenly dealing with a more aggressive AI and other distractions, like increased elite/special density and ranged enemies suddenly doing more than just tickling you.
Dying to horde enemies at this point means you will simply not be able to deal with those “oh crap” spikes, like having a horde and a boss at the sametime. And even this is relatively minor inconvinience for those who have played tide games for a very long time.

I also see no need for any intermediary difficulty. The jump is quite simliar to what vermintide 2 had with champion - legend shift. People will eventually learn the bare basics to tackle this jump just like in the earlier game.

While I get where you are coming from, one doesn’t learn a difficulty by playing a different one.

So, yes people say jump in the difficulty level and you will learn. That’s true. But:
1.) It can lead an entire team to the death… and can make people part of the team not really happy (and I understand them)
2.) it can be a real disappointement to get killed over and over again

Jumping up in difficulty does not automatically net you getting better. There has to be some deliberateness involved. Always ask yourself why something went south? It is almost never the case that there was just too much stuff up. Usually if you trace your actions back, you’ll find an instance where you overextended or picked a bad place to fight from. Getting a feel for when to push is important as well as knowing where to fight. The other part is learning to prioritize threats correctly and this comes with knowledge and experience pertaining to both your loadouts capabilities viewed through the lense of the current gameplay situation.
Most of this is trial and error and it is true, that you will underperform in the meantime, but if you are always deliberate about the process, you will incrementally get better and those improvements add up fast.

Going to the meatgrinder to try out some mobility is also viable, since it is important to know how much you can move in what way with what weapon equipped. This enables you to better evaluate your ability to get to important spots.

In fairness, Heresy & Damnation are both easier than their T4-5 VT2 counterparts as well.

I honestly find damnation still harder than cata at the moment, but I guess that stems from the difference in time played between games.
One thing I would note though, is that there are a lot more wipes on damnation that feel like bs compared to cata (eg. Snipers tracking through walls).

Yes, there is a leap in difficulty. No, I don’t think its too large. Anything below Heresy is for Tide game tourists really. You aren’t expected to learn the game mechanics, work together or pick your gear right. On Heresy and Damnation all those things should come together if you want to have a smooth run and that is the way it should stay. Except the nuisance, the ranged enemies are, the game is easier than V2 as it is.