For the love of the God-Emperor - No funny neon cosmetics

There is a time in a game where the developer decides to add cosmetics to a game. Like skins for weapons, cosmetics for characters etc. And every dang time it degenerates into some kind of neon-monster-energy-drink-lets-satisfy-12-year-olds-who-likes-dubstep cosmetics.

This is not a game/setting where it fits. I am fine with various colors and maybe even some glow (ok I lied) that runs with the setting/lore. But for the love of teh God-Emperor do not cater to the kiddos who like glowsticks.

what do you mean?

I second this. Artistic integrity is important to a game’s aesthetic and there’s nothing that ruins that more than stupid cosmetics. Tera’s a very good example of the extreme bad end of the spectrum. It had a great overall high fantasy look to everything, but then someone in the main city drives by me in a wind up clown car and ruins it. As le epic funny haha as it would be to have clown costumes juxtaposed against the grim darkness of the far future, I would greatly appreciate it if that money grubbing, whale-chasing garbage could be kept out in favor of artistic cohesion. Many pieces of 40k media have had great success extracting humor from the setting from within its own confines without compromising the overall tone.

what are we actually talking about whats the problem? i haven’t seen any major design breaks.
or are we talking about the checkered design?

It is my understanding that this is a plea for future cosmetics to not have aesthetics that go against or clash with the tone of the setting.

but to be honest there’s more than enough “edgy” things they could add that wouldn’t break any lore
things that come to mind:

all things a 40k soldier could have.
im not concerned about any neon or extreme color-shemes, fatshark is good with that.

Yeah I agree. As long as they keep it to that and follow the tone of the setting I am all for whatever they throw on us.

There were some leaked screen grabs at one point and the cosmetics ranged from trench chic to body horror grimdark.

I dont think there is a point in this trend, judging from Vermintide they never did that, they did some silly skins, but they were lore friendly and never breaking the immersion. So yeah i think your concerns are without grounding.

I hope Ogryn gets Pigmar

Yea, I’m really hoping we don’t get the neon sort of skins they added to VT2, I despise them, we don’t need glow sticks, I still can’t believe they even made it into VT2

Yeah the glowing weapons in VT2 were just silly. And tbh a bit lazy.

Ah yes, because a pig hat is definitely not immersion breaking.

Are approved by GW. There will never be any obtuse clashing for this reason; Fatshark simply don’t have free reign of what gets added to the game.

its silly, but its not immersion breaking… 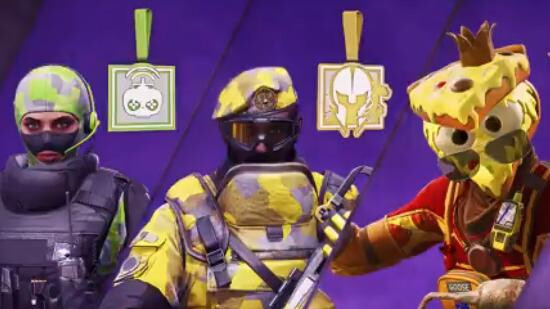 PS: its not even the worst ones

Yeah I don’t get why devs invest so much into a games art style and cohesive aesthetic then turn around and ruin it with ridiculous clown getups and garish effects that ruin the immersion they built.

There is plenty of silly stuff within 40ks setting to use anyway.

+1 to no silly outfits. Do not need a ogryn in a banana hammock wacking pox walkers with a pink and purple polkadot slab shield.

Post started by someone who never played VT2 lol.