Yea, basically this above me.

He’s fine now, and very strong. I actually really like playing him now.

Maybe there has been a misunderstanding, maybe I have just written wrong… but I’m not saying that FK is weak. More that a buff, imho he needs a rework.

He has some talents really useless; and he misses some precious talents (present in 1.6 version and eliminated or present in the beta and nerfed without a reason).

Just to do some examples:

Crowd Clearer (attack speed after a push): nerfed from 5 seconds to 3

This was actually supposed to be 2 seconds, but there was a lot of discussion around it and it went to 3 seconds. I honestly am not sure how even 5 seconds was considered OP or needed changing. I mean, HM can keep up 15% attack speed just by dodging. I can still find use with it though, I mean, you should be throwing out pushes all the time.

Numb to Pain (invulnerability after ult): nerfed from 5 seconds to 3.

I think this is fine. 5 seconds would be a bit too much considering how fast you get your ULT. It’s currently just long enough to pick up a team mate. I really miss my 100% BCR after ULT. I’d rather see that than the 3 seconds of invincibility though…

Disagree again, 20% BCR aura is great. As most people run 30% on necklace now, you have at least 50% on the party if they’re fighting along side you. Very useful. Not to mention, a HM and FK with their backs to the wall, the HM can build for 100% BCR with the FK Aura. Very nice, but situational.

I think FK is currently in a much better place than before the update, but yes, he could use some minor tweaks.

“Have at thee” is fine, and I think it’s a solid choice alongside attack speed. At least on higher difficulties when you have elites coming at you constantly. Although, it should probably also include specials.

“Taal’s Champion” is pretty good as well if you going for a pure DPS build. 15% extra power? Why not. Losing the Damage reduction is a small price to pay, just “learn 2 dodge” lol

“It’s Hero Time” I do not like… It’s extremely situational and in Cata, if a team mate goes down far enough away that you would need 30% movement speed, they’re dead already. I’d much rather see this changed to something like, team mates take 30-50% less damage when downed. Situation again, but it’d be far more useful and a solid choice to compete with “Counter Punch”.

As for “That’s Bloodly Teamwork”, I dunno. 15% damage reduction is ok? But why would you take that over free pushes? Maybe if it was increased a bit more? This could actually sync really well with “Taals Champion” where you lose you Damage Reduction Aura. If you have you team mates close by that is…

Please guys SHUT UP they’ll nerf shield into the floor.

And I should remind you, while shield bullying is fun, but trust me, sometimes you want to kill things too.

ult cooldown reduction: IB can taunt, very useful if you aggro a patrol or for some very bad situation. Before FK could (almost) spam his ult to do a “different but similar” job. With pro and cons. Now you can’t anymore.

I find it funny you thought I was exaggerating

Then I guess you scrolled down, saw the videos and edited your comment. I know it’s insane and doesn’t seem believable, but FK really is unkillable unless you mess up really badly.

Also, the thing about no reduction bonus from behind, if you put push/block angle on your properties. You get 360 degree block and push. Meaning even when you’re shoving things in front of you, you’re knocking back and staggering the stuff behind you.

None the less, is it OP? Sort of? Not Really? Maybe? I mean, he can’t be killed, but his damage is also really low. I mean, you could take a BW with 60% BCR with Lingering Flames, Famished flames and Kaboom, she can do the same thing almost and put out the highest damage in the game currently. You can wipe an entire SV patrol on Legend in 6 seconds I think it is, 9 seconds on Cata? On high level Cata weaves, you can tag all 3 bosses with Kaboom and kite them until they’re dead xD So, I dunno…

HM can keep up 15% attack speed just by dodging.

True, but the real problem is this:

you should be throwing out pushes all the time.

You push a lot with shields, but shields don’t stack very well with attack speed.

In fact I would like to see -30% cooldown instead of invulnerability. Invulnerability will be always too situational or too strong.

Well, here we have simply a different opinion.

“Have at thee” is fine, and I think it’s a solid choice alongside attack speed

“Taal’s Champion” is pretty good as well if you going for a pure DPS build.

IMHO if you want use an aggressive build, it’s enough the boost from CROWD CLEARER and BULL OF OSTLAND!, and a weapon like Mace and Sword or Halberd… if we lose too much toughness, FK becomes a weaker Merch.

As for “That’s Bloodly Teamwork”, I dunno.

Me too. Honestly I don’t know how rework it… maybe it could be shared like an aura? I should think more about it.

if you put push/block angle on your properties. You get 360 degree block and push

You push a lot with shields, but shields don’t stack very well with attack speed.

The thing is, that talent would be great with the spear which he can’t use… The push attack on the spear is amazing and can open up other combos. It’d sync really well…

In fact I would like to see -30% cooldown instead of invulnerability. Invulnerability will be always too situational or too strong.

Yea, I can see getting 5 seconds of invincibility, but increasing the cool down a bit. That might work out?

IMHO if you want use an aggressive build, it’s enough the boost from CROWD CLEARER and BULL OF OSTLAND!, and a weapon like Mace and Sword or Halberd… if we lose too much toughness, FK becomes a weaker Merch.

yea, all this talk about FK has me playing him today. Trying out different builds. I got a new one I call the “Lawn Mower” build. Ex Sword and stack Attack speed with his attack speed talents

You can get 30% attack speed with his ULT charge, “Bull of Ostland”. I’m kinda switch back and forth between “Crowd Clearer” and “Have at Thee”. “Have at Thee” actually syncs pretty well with Ex sword cleave, as hitting SV or other elites in the horde will stagger them and give you that bonus power.

how can you get 360 degrees

Oh, I already told you how. Roll “Push/Block Angle” onto your properties. Shields already have a 180 degree block angle.

I think you can only get 60% plus with properties. So I asked you how you get 100%, becouse I don’t know how to do it

Eh? Am I misunderstanding something here? You already block 50% of the area around you, a full 180 degrees. You can roll 60% more onto your gear… You’re over 100%. Or does it not work this way? I’ve used this build and watched the stream later from another players point of view. I’m for sure knocking back and staggering things behind me when I push things in front of me.

What? Just to be clear, any character, with any weapon can block an attack from behind, it just cost more stamina. Are you saying that you are unable to do this? You are really confusing me lol

Here, I went and record a video for you really quickly. Does this answer your questions? At the end after the loading back to keep I show you the weapon properties. 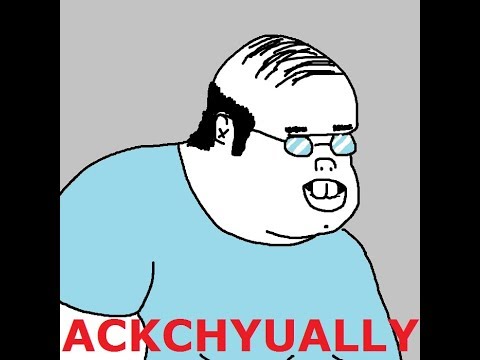 Yes. I allways think that percentage was over your actual block angle (60% over 180). But with your video, looks its over the whole 360 circle. When I don’t known something, asking, so I ask for your settings. Thanks.

Problem with fk is that his only viable build is shield, 60 bcr and free pushes. And he didnt eve got a firethrower. So unfun to play

There’s tons of viable builds… SoloBunny just did a run with the halberd, even with it’s messed up push attack currently.

I mean, you can really stack Power and attack speed to put out massive DPS. Ex Sword on him is basically a lawn mower.

Just why if u can do better with merc all the same?
Is this legend btw?