I switched from mercenary to foot knight as a grim carrier after playing the class for awhile and thinking it had more survivability, especially because the ult is only 30sec recharge.

I’ve done 20+ maps now and I’ve never seen the foot knight bot use his ult. I have the improved combat mod, I’ve tried with it checked and unchecked, still no ult. Not once.

Is this a bug or whats going on? With a 30s recharge he should be using it quite often.

This post got me intrigued and I decided to check it myself.
And for some reason my Foot Knight bot ults. Rarely, but he ults.
Here are some videos of Legendary War Camp and Foot Knight bot in action.
Also, I have Bot improvements - Combat mod turned on, if that matters. 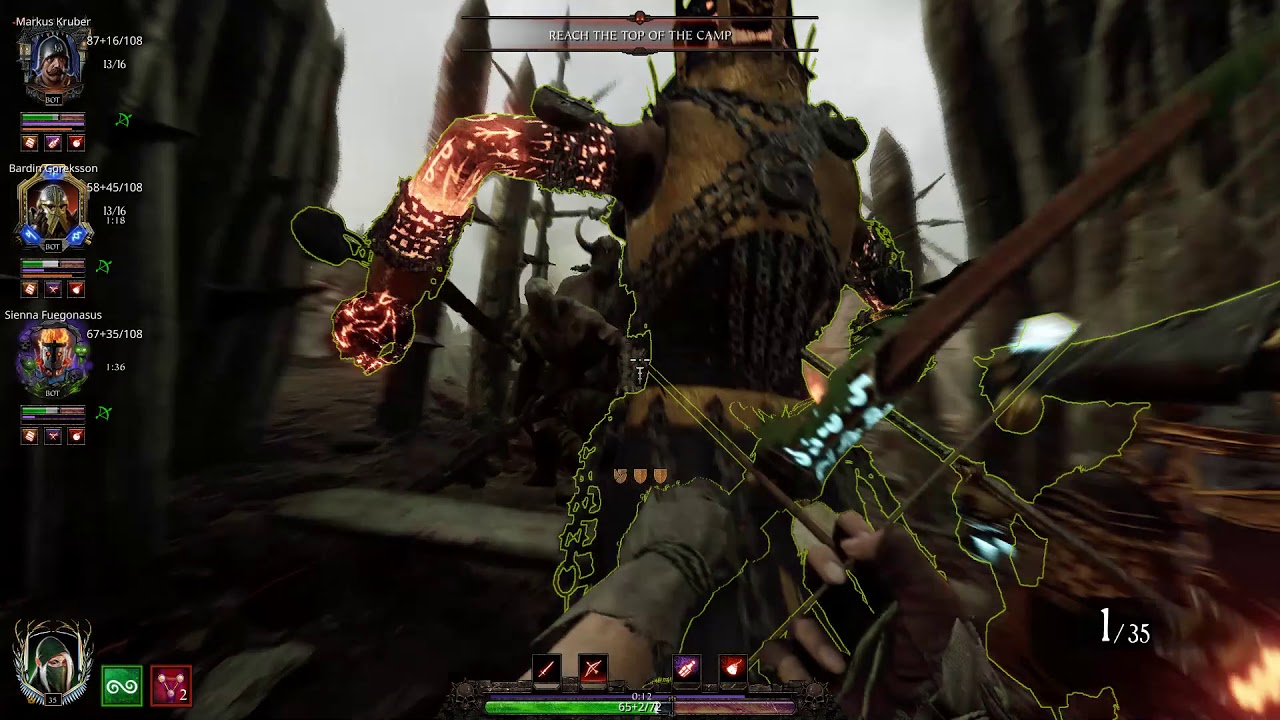 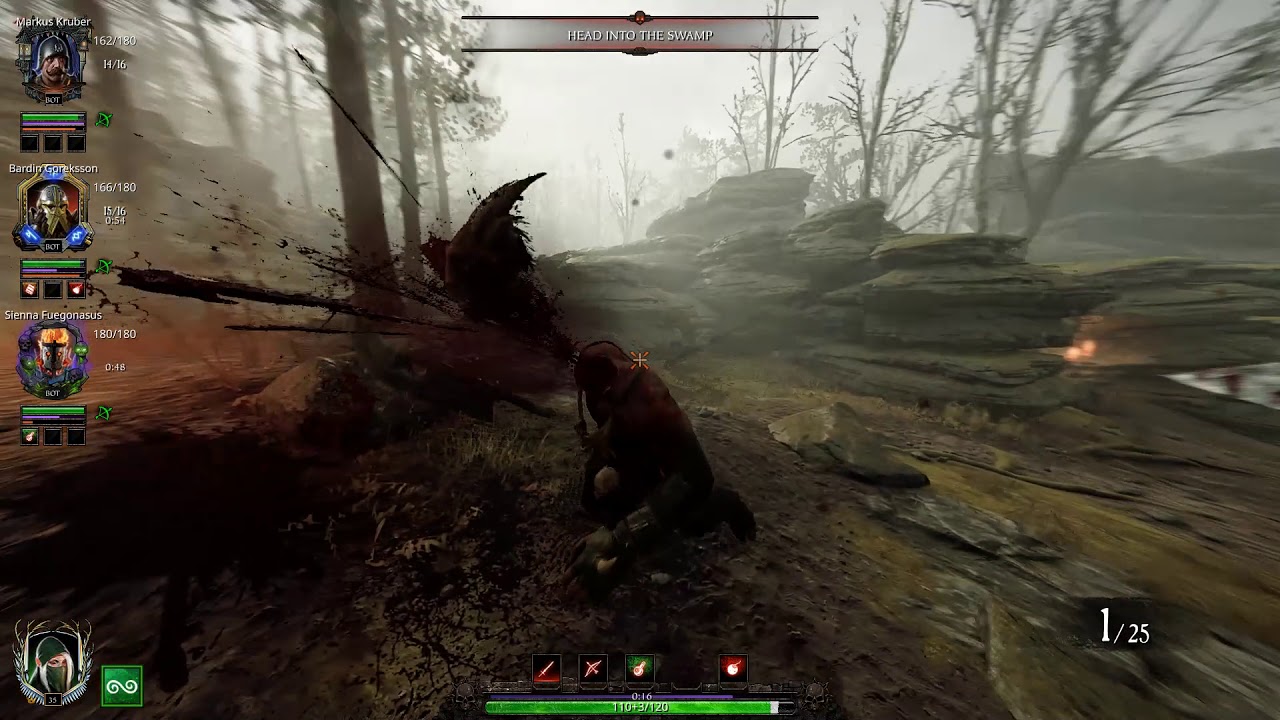 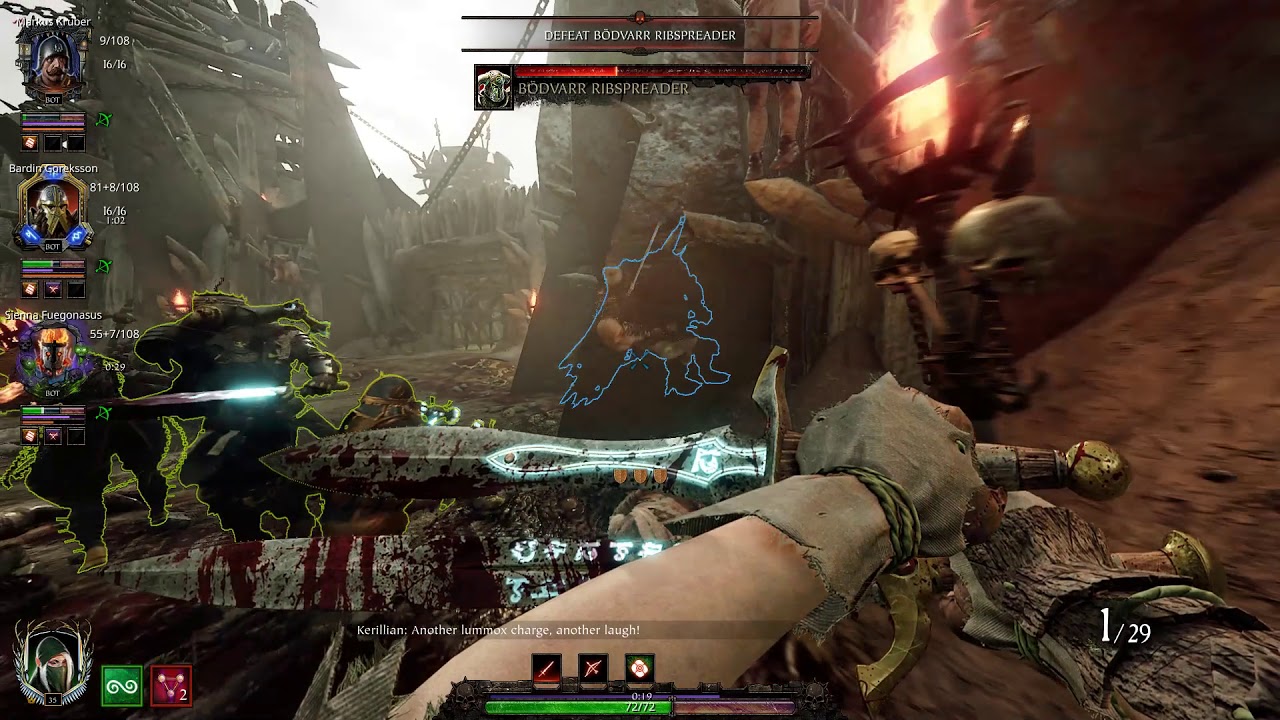 In addition, here are console logs of that session, if it helps:
console-2021-02-23-17.03.39-ddfc9ffa-1a43-4adc-aed0-645b0f6857f1.log (3.4 MB)
P.S. To be honest, when I found out about that bug, I hoped that it was real thing and that I could replace Mercenary with Foot Knight as my bot. He has survivability and good support talents, but uses his charge in a very stupid way (all bots with dash ults do that as well), like charging to a special standing near cliff and falling off. But no, Mercenary is still best Kruber bot.

I’ve seen FK bot ult prior to Patch 4.2. (Haven’t tried him in Patch 4.2+ yet.) My FK bot used inspiring blow as a level 25 talent and battering ram as a level 30 talent. Try using those same talents and check if he ults.

In my case, FK bot ults but does not ult as frequently as the Grail Knight bot (will ult almost any time he encounters an elite or a special). FK bot seems to be hesitant to use his ult. With his low ult cooldown time, he should pretty much be ulting almost all the time - be it on hordes or elites.