Please, this is one of major problems, that happens all the time. Btw, all the links are recorded as host.

To be specific, following timed link shows what looks good, what attack hitting player should look like. 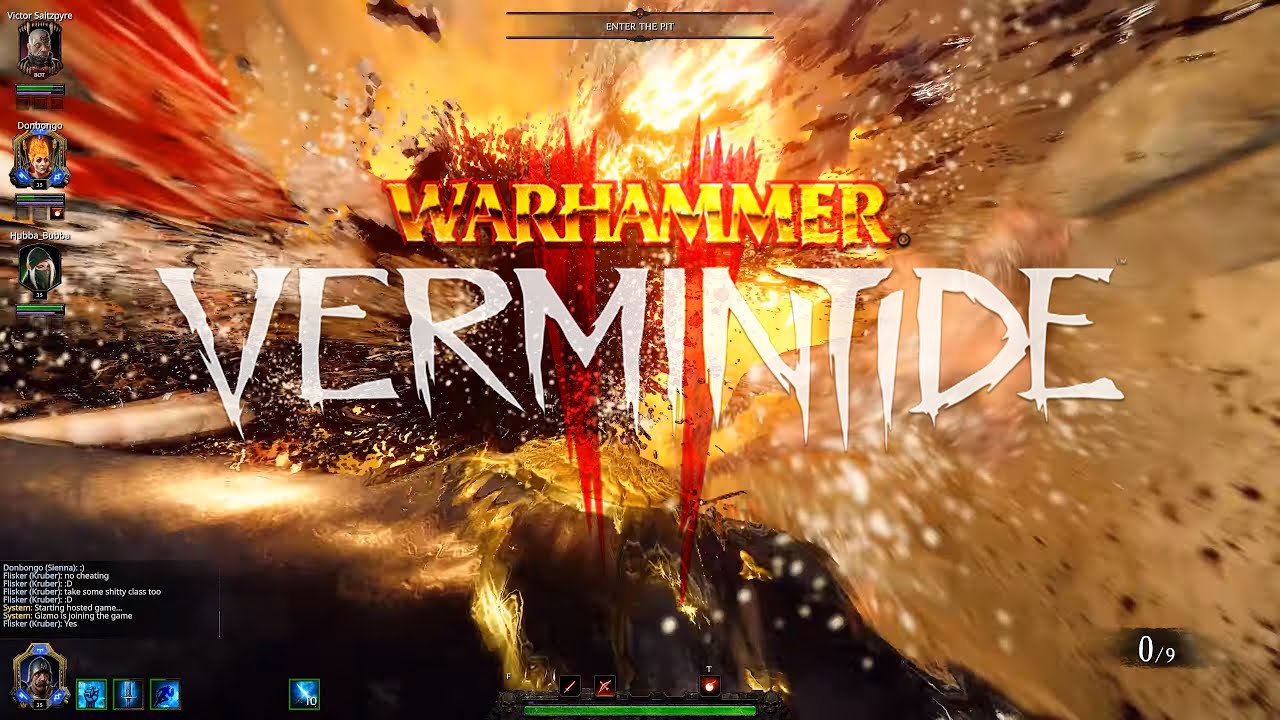 @ 2:58 the rat is very close to me at nearly hitting me, that is great, if I get hit like that, then I fu*ked up, I didn’t notice it running at me fast enough, that’s good.

But then I keep getting crap like this next link.

Just stop the video right before I die, the damn CW is so frickin far from me, it’s absurd.

Or … when it comes to hits that are next to player, something like this is pretty sketchy, he is not really turned on me, hits the ground kinda next to me… and then when I am dead the axe is right on me… like what is going on here ? 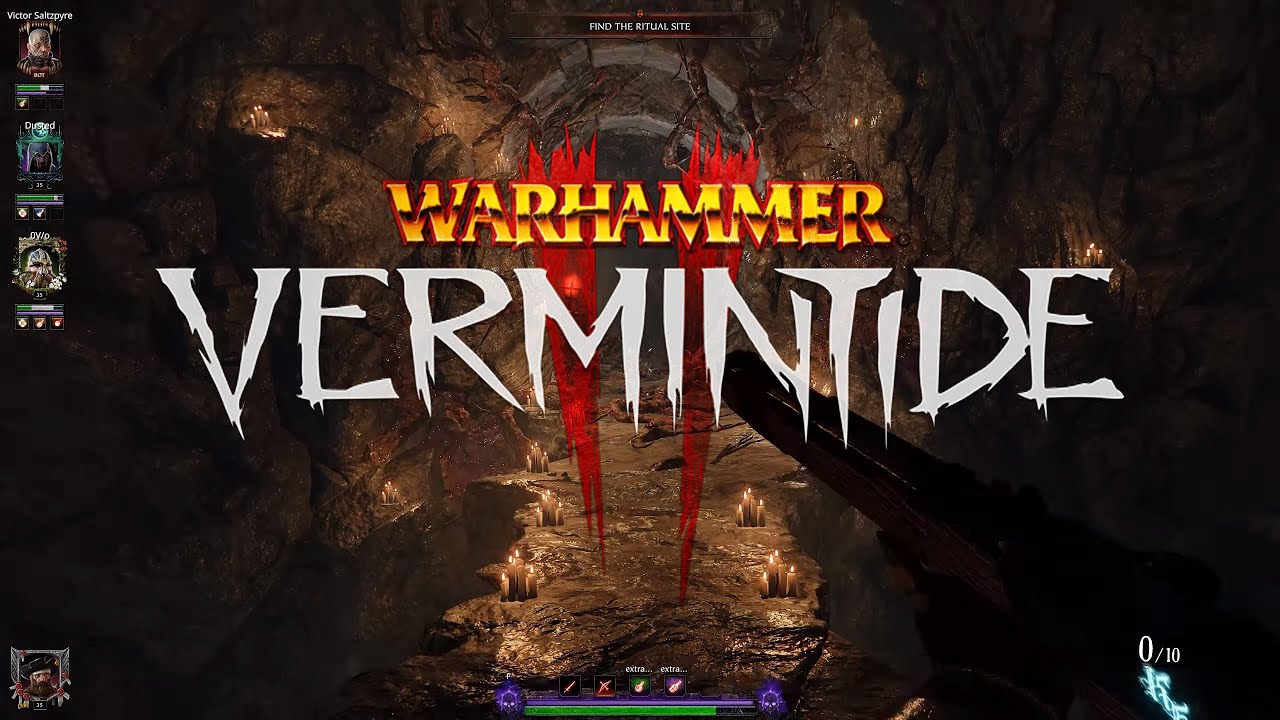 Or… this is just completely dumb, the spearmen, he is hitting like air next to me… and suddenly I’m dead and he pulls the spear from my position, that like somehow magically got there, wtf ?

ps: The massive water slow is so frickin abnoxious, that serves no enjoyable purpose whatsoever, would be amazing if it could get removed.

I’d wager this is an issue in the live game also?

Yes, this not new to the beta, but in live, this was kinda relatively small issue.

If one is getting showered by running attacks, getting hit thru bodies of other enemies, enemies just insta turning ignoring dodge etc, then this kind of problem is insignificant

But since positive tweaks have been done in current beta, this issue now stands out as a big problem, because lot of other problems got under control.

Sure, I get that

We wont be able to fix all the foibles in 2.0.15, but I do hope this shows that, whilst not always the quickest off the bat, we do take the issues reported seriously, and I’m sure with enough documented evidence of these behaviours (such as your OP here) we will be able to get fixes or adjustments in to future updates.

The 2.0.15 is really nice step in terms of general combat, that’s great.

But since we’re talking about fixes, I’m still confused, for example what’s the deal with terror events. Why is it so “hard” to balance ? Why does it keep swinging from hardcore mode to nothing for example like the Fort Brauchenhilfe or Righteous Stand ?

It must be obvious to every semi-experienced verminator that this is super out of whack. Terror events keep changing and it often keeps swinging from one end to the other.

Wouldn’t it be good idea to do some fast iterations on those with some test group of experienced players ? (Not suggesting me… in case someone reading this gets that feel) There would surely be many experienced players with a lot of time happy to help with that.

Also as for feedback, I would be happy to provide truckload of detailed feedback but this is like first time I got some response to it. So I wasn’t really too motivated to spend more time on feedbacking. There is pretty long list I posted few weeks ago and that was still like 50% of what I had written down by that time.

I thought I would keep updating it, but it got locked after a week.

The last one looks like the attack should hit you, if you look at the time the ungor started his attack (he only started it when he came into slot range) and the last time you dodged (i hope you understand this is in no way a depreciation of you skill), but the spear got pointed at the place you were standing that few milliseconds before instead of the position it moved itself in to down you. This seems like an animation issue, a very much gameplay affecting one at that. When you can’t read those attacks, you can’t react to them.
I would have thought too that the spear thrust shouldn’t have connected.
Maybe this is of some help @Fatshark_Hedge.

Just stop the video right before I die, the damn CW is so frickin far from me, it’s absurd.

This is a perfect example, he starts his swing at 13.24 BLOODY MILES away, and hits the ground at 13.26 a good six feet away and downs you. So frustrating when it happens.

wasn’t this issue because of how the enemies track you. why I still want the dodge pre WOM back
this would probably fix a lot of hits that should of been misses.

I would have thought too that the spear thrust shouldn’t have connected.

Yea it’s just aiming next to me. And as a thrusting weapon, can’t slide sideways, once you push forward that’s it.

This is screen, moment before he lands the hit :

He is aiming like 2 guys away from me and this is not exception, this happens all the time unfortunately.

Then you get few frames later, he just does his sliding-magic-trick on old Krub… and suddenly he is aiming here :

This is a perfect example, he starts his swing at 13.24 BLOODY MILES away, and hits the ground at 13.26 a good six feet away and downs you. So frustrating when it happens.

Exactly, I was like “Man… I’m not fu*king blocking now… just look how far he is” … rekt!

It’s hard to find a quick fix for it methinks, most likely the animation will have to change.
That trust animation can’t really go around corners (which it, regardless of that fact, does). It just looks wrong.
I remember a video from this forum where one particular agile ungor thrusted a spear in an 180° move up and around a staircase (Righteous Stand, leading up to the ramparts). That one really stuck with me… and is likely resuting out of the same issue.

I remember a video from this forum where one particular agile ungor thrusted a spear in an 180° move up and around a staircase (Righteous Stand, leading up to the ramparts). That one really stuck with me… and is likely resuting out of the same issue.

Yea, they just can’t be tracking targets after thrusting, either they hit the player or not, that’s how spear should work, not this last 50 ms cheat sliding

I’ve asked this before and will again, why can’t the viewmodel have it’s FOV adjusted or just use the 3rd person models if the user so wants.

I find that some of the hitbox range issues are visual due to increasing main FOV and leaving viewmodel FOV the same making it look like you are standing further away than you are. Otherwise the viewmodel would extend further into the center of FOV and be more clear.

After the knock down the 3rd person view shows that where the axe landed is at least very close if not touching where I assume the standing body was. 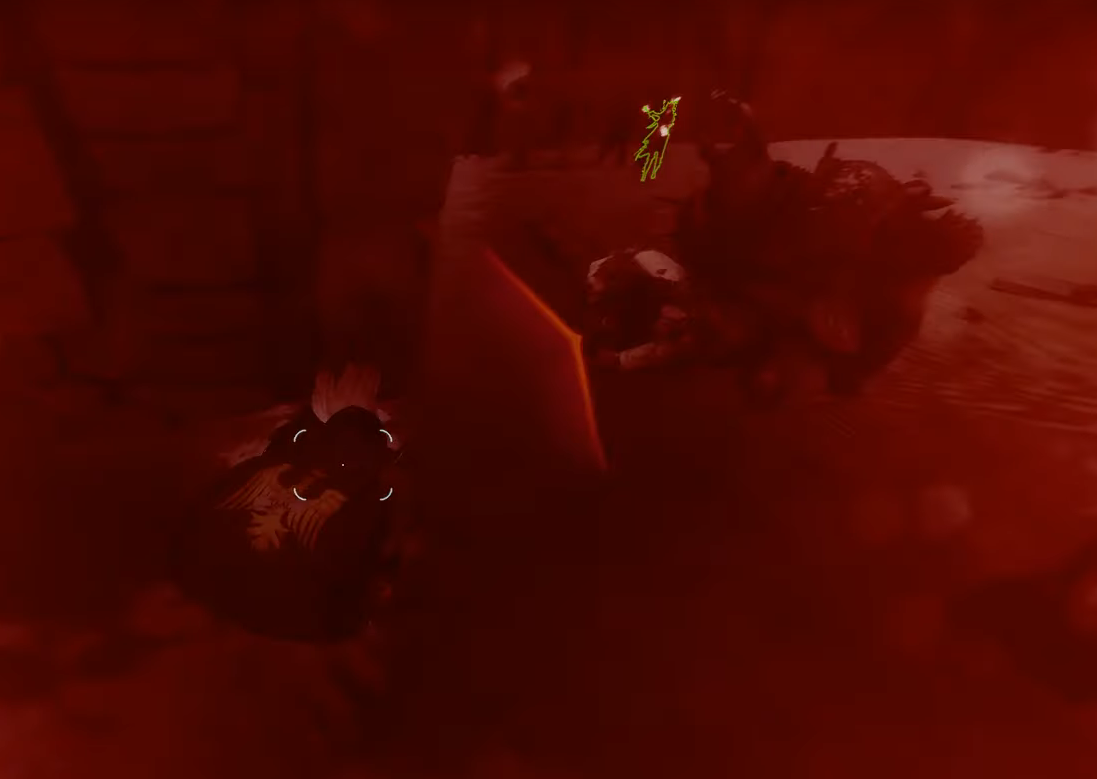 I find that some of the hitbox range issues are visual due to increasing main FOV and leaving viewmodel FOV the same making it look like you are standing further away than you are.

I actually expected someone to raise this argument, but if you do lower FOV it will look even more ridiculous in many cases, maybe not this one, but this one will still look ret&rded from view of other players, but for example that spearmen, with lower FOV … it will look like he is aiming even more on the side.

And lastly the 60 FOV or whatever is default, is so horrible, that’s first thing they should change, like make 80 default, at least.

I’ve never in my life played game with such a terrible FOV, the default is like looking thru binoculars, it’s comical

And nobody plays it, except for newbs who don’t know they can change it and that 80-90 is way more natural and you actually see enemies.

Also the “after kill” locations of weapons is just out of whack so you can’t believe this picture you linked. It’s like look at the spearmen kill, he just slides the spear perfectly on me 50 or something miliseconds before I die, so if you look just at the point where I get hit, looks like it’s perfectly fine, while if you look 200ms before… he is attacking spot 2 meters away on mi right side.

Very much agree on the sliding part, that is really not acceptable. Or last millisecond surprise tracking.

I tried to judge the body location & hit location from comparing the first frames where the transition to 3rd person occurs (as the camera position is in the head) and took note of where the axe landed in comparison to the pillar to your left.

Maybe it’s time to actually get into modding and try this 3rd person model for arms & weapons. I would really like to see how it looks. Fortunately there is good starting points from 3rd person mod stuff made already.