Drachenfels and the timeline

I have asked this before and so far not yet received an answer. I am unsure if the reason for this is there being some kind of yet to come content or otherwise as the question is rather simple in my opinion. Today I noticed that the Drachenfels maps are placed second in the chose campaign menu: 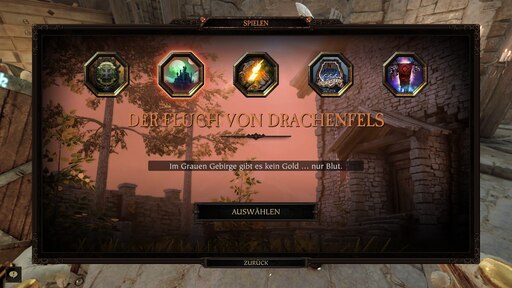 Steam Community :: Screenshot :: Sorted by timeline or by availability (DLC /...

Is this for timeline reasons or because of availability (as so far being the sole non-DLC campaign and as such placed behind the main campaign)? It is not overly important but some lore text we got recently implied that Halescourge is still alive during the Drachenfels campaign. And it begs the question if they just happen in parallel or if there is indeed some darker magic at work. Does Chaos have some kind of “Prevent/Fake Death” spells?

What does the rest of the forum community assume? Parallel or potential Halescourge comeback? I mean SOMEONE still has to pull the string as at least Bögenhafen and Back to Ubersreik are playing after the main campaign (or are ALL of the in parallel?).

Since the skittergate is kind of the end of the pactsworn alliance you can safely assume that anything else happens before that except the beastmen part.

Since the rats and northlanders are working together in everything else.

I’m not sure that’s the right answer, as you can hear dialogues referring to previous missions while playing the dlcs. I’d like an official answer too.

Agreed, it’d be neat to know where in the timeline Dark Omens, Bögenhafen & Curse of Drachenfels happen, so we can know if the plot is being advanced or if these are just interludes between the main story and its end.
Some of the blurb referring to Nurgloth almost seems to imply that Halescourge is still alive during the whole Castle Drachenfels thing, but it’s not completely clear.

Well, it seems there is some potential for discussion. In my opinion, the timeline is not clear. While I agree that with Rasknitt’s death the pactsworn should theoretically end, we have seen in the past how the mob is willing to follow just another Lord.
Look at Nurgloth. For me it seemed that he did not act in the interest of the pactsworn but only himself, yet he had Chaos AND Skaven following him. Without that lore bit we got in an update could you determine if Drachenfels happened during or after Helmgart?

The lore background FS released is an explanation how and why Nurgloth set out to castle Drachenfels, and it makes most sense he did that before the Ü5 borked up the Packsworn alliance. And while the Ü5 killed Butterbale, and Rasknitt, and destroyed the Skittergate, Nurgloth did his demon stuff. Then, after the Ü5 were done in Helmgart, they went to Drachenfels to deal with Nurgloth.

I guess it’s possible Nurgloth went into the castle before the Ü5 messed up the rest of the Packsworn, where he spent time taking over the place and studying its secrets to prepare for his ritual. That must have taken quite some time, in which the Ü5 did their thing in Helmgart, Bogenhaven, Oleysha’s illusions, Übersreik square, the weaves, etc… Then, when Nurgloth was ready, he went into Bloodberg to capture everybody and brought them into Drachenfels for his ritual. About at that moment Lohner got word something was off, and he sent the Ü5. The Ü5 arrived too late to stop the ritual, but they killed Nurgloth anyways.