The February update to the Steam client has been monumental in improving the connectivity issues introduced with the 3.4 (Outcast Engineer) patch, however we understand some of our players are still having problems, and connectivity has worsened for some with the release of 4.3 and 4.4 (Sister of the Thorn).

Similar to the last post, please include in the comments below:

*Your console logs can be located using the instructions below:

Thank you in advance, and apologies once more for the inconvenience.

[PC] Experiencing Matchmaking Issues or Being Connected to Players in Other Regions?

For issues that are not connection-related (such as crashes), please avoid commenting here and instead create a new post in the Technical Support category.

Totally optional, but if anybody would like to be really helpful, a Wireshark log would be super: [PC] How to Run Wireshark – Fatshark

(Please PM me the log as opposed to uploading it here!)

Hello there, since I’ve been asked to post here I’m going to try to resume all the informations I’ve been able to gather.

The problem I’ve been encountering (aswell as a friend of mine) is disconnections at each and every random hordes when we’re hosting. It only concerns non-hosts players, obviously, and only affects hordes. That means the rest of the map is perfectly fine even when lots of rats are present.

I have no idea when the issue started, we both came back for the Chaos Wastes update after a long break and never had any issue before that.

I’m located in France, and use the Paris Server in Steam. Tried the Berlin one, nothing changed sadly.
My upload speed is 0.90 Mbps (not great, but shouldn’t be the issue) while the download one is 13.75 Mbps.
I’m using mods, but even with them disabled the issue is still here. Friend of mine has no mods and encounters the same problems (and “fixes”)

I have no console log to post for the moment since we stopped playing because of this, I’ll try to provide one later.

So far when I host, from what I can tell:

-Sometimes, no problems are encountered. But most of the time, when a horde spawns, everyone but the host has massive lag spikes and end up disconnected. Sometimes people manage to stay in the game, but are unable to play during the horde.

-Scripted hordes, such as end events, are not concerned by this. As usual, not 100% sure about it, but it feels like it.

-I can host and have no problem but only if the game isn’t full. That means up to two people can join me, but a third one and the issue appears for all of them. I’m certain 2 people and 2 bots work fine, the 3 people 1 bot not 100% sure.

-When I’m the one joining my friend, when the issue starts I can see rats walk in place, or move through walls. No hit registers anymore, but I can still see people playing normally (move around, attack, etc.). I can still take damage from ennemies.
Usually I end up being disconnected, but sometimes I manage to stay in game until the horde finishes and then start playing normally again.

That should be all of it, I’ll try to update if I find anything. Thank you for looking into it, much appreciated.

-whenever I am not the host I have falls in the game (lost conection with host).

solved my problem by contacting my internet provider. The strange thing about this problem was that only vermintide 2 lost the connection

what did you tell them/ what did they change?

what file type should we save the wireshark logs in? .txt?

It should automatically attempt to save it as a .pcapng, does it not?

well it does, but I can’t send those files on the forum (not authorized file format)

In that case, please email it to community@fatshark.se if you can.

thanks, I sent one!

Hello again!
I’d like to share an issue that I ecnoutered a while ago. Since it’s connection related one, I’m gonna post it here. Guess, I’ll folow the instructions. 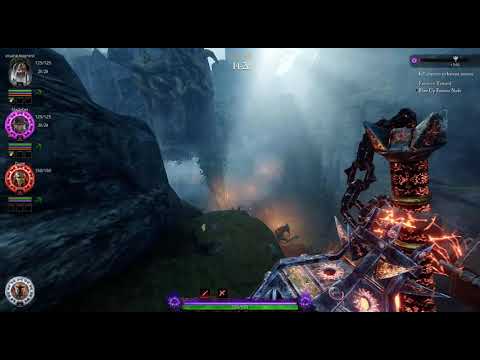 P.S. I know it can’t exactly be helped. I’m a Wi-Fi warrior separated from router by sofa, laptop, entire living room, electric meter and cheap Wi-Fi adapter. I’m gonna try some things to improve the current situation, but I doubt technical support can provide any help in this case. I share this mostly for amusement purposes only.
But, if someone in dev team thinks otherwise, here’s all information I can provide.
Thank you for your attention.

I launch a game in Legendary with a friend.
My friend and other party members are disconnected everytime we face a horde of creatures (we hear the horn in game a few seconds later she reports everything is freezing, then she lost contact, also other party members). The issue is less frequent (to none) in Champion mode, but happens all the time playing Legendary.

Router is set with uPnP.
I called my provider and activated “fastpath” mode on my hardware, doesn’t fix the issue.
I had the same issue with another game I hosted (Police Stories).
Other player I know dont have this issue.

In certain case it seems players are not set on an IPv4 Full Stack, wich means (if I understand well), you share you public IP with other subscribers (cause we are lacking of IPv4) but set on different ports. I don’t know if this is related. The option to ask for an IPV4 Full Stack is disabled by my provider, so I can’t try this one. I’ll try to harass them about that (they dont explain clearly what you can do) and if I can, I’ll share more infos about that.

I guess there are some issues with the provider : I had the same problem with another game recently I hosted (Police Stories), my friend lost connection in the middle of the game, It happens once so I don’t know if it’s related.

Other player I know dont have this issue, but I don’t have any info about their provider.

I’ll try to email my last capture with WireShark (50 mp zipped, its a little heavy

Sorry for my awful english.

The last 3 days I’ve been having issues with huge micro stutters making the game unplayable.

I’m used to playing 300 pings games cause I play all around the world but with the micro stutters they are unpredictable like lag so make playing impossible.

It doesn’t matter the pings or connection of the host but I just sort of freeze or the game skips. An example is a SV came up to me and overhead me, I blocked but it killed me through my block and I went down red. Next thing I’ve pulled a Jesus Christ and I’m back up like it never happened.

I’m running a fairly good pc and nothing has changed in the last few days with everything else running fine. I’m on 100/20 internet which I’ve tested as good and validated game files.

afaik, this isn’t a connectivity issue. It’s related to horde pathfinding and the host’s CPU being unable to properly handle it.

Sadly that doesn’t explain why it is always me when playing with 3 friends of mine. The others do not have these problems.