Congratulations, your player retention tactics did the opposite 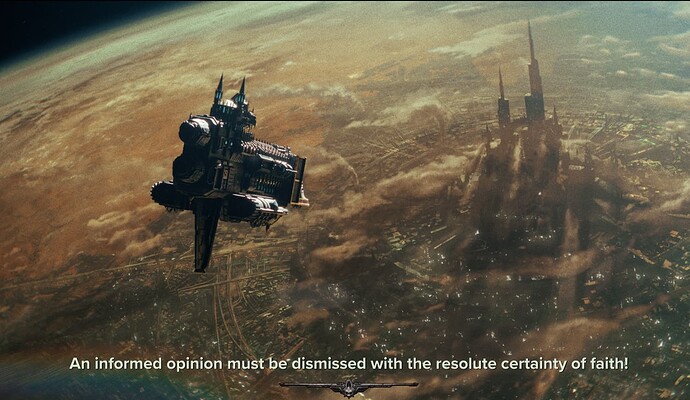 I really don´t get what you want to tell me.

Dunno… i wouldn´t call a minus of ~20fps not being stable when a lot is happening on the screen. In other first person games you just have to look in the sky or something to have such fps gains, because there is obviously nothing, no shadows or other effects, etc…

And tbh… the “probably average PC rig” is clearly outdated for nearly 2023. (I mean… my gtx1080ti + the 8700k is probably somewhat average or even above that.)
That a RTX3080 or something similar doesn´t run well for whatever reasons, ok… but everything beyond? Of course not every game engine is super polished and optimization is needed to get the most players into your game. But at some point we should also go forward and poeple should invest into something new, while devs should show what´s possible instead of downgrading everything. (Like Cryengine did in the past, or a game like A Plague Tale Requiem does these days.)

Coming late to the party here, but rng for weapons and equipment is never good.
You can have RNG for loot materials, that’s fine. But don’t make players scroll through hours of rolling to get that one good item they wanted.

Monster Hunter has perfected the way you attain new and better equipment. Whenever you’re out in the field, carve monsters or finish quests, you get materials. You take these materials to the blacksmith and make the stuff you want. Sometimes you don’t get the materials you need, and have to try again. There’s RNG in there, but it’s only for the materials needed and talismans.
You make the things yourself, and all the best stuff is locked behind needing the right material or story/quest progression, and you can only get the best stuff by upgrading from worst to best.
This is the perfect system that lets people work towards a goal, that doesn’t make the gear you want seemingly unattainable, and this is the system Fatshark should adopt.

What I hate about the weapon system is that not only do you have rng rolls on weapons you also have 3 unnecessary “variants” per weapon. For example the Kentrael, with a bit of difference in Damage and fire rate between them. So now you have unlimited rng variants of those 3 base variants. They couldn’t make a simple customization menu for the Kentrael where I chose my preferred tuning and weapon appearance? Or having a base Devils Claw and allow me to try out and chose the attack pattern?

my guess is that the weapon patterns are the result of the scrapped atachment system.

they game was designed to take your money and then keep you around for the beta past refund time… that is it.

Don’t forget RNG for playing a map, dificulty and deeds…

Right, this game for some Sigmar-forsaken reason has RNG on everything:
Maps, weapon store, upgrades, items, sidequests, difficulty…
And when you upgrade equipment you can’t even reroll them because the game locks you in!
All to make you play more so that you can hope to get the same gun in the store again so you can try to get a better upgrade next time! It’s RNG all the way down!

Yeah, it’s like someone said, “How could we make an entire game around RNG?”

seems i was wrong since i play heresy more often even the rng in missions is stupid.
this is deliberate neglect, which i hate from the bottom of my heart out of principle.
so i quit now and will probably not be able to return because this wont change.
i really wish fatshark becomes actually capable of coherent game design in 2023.
this agile compartmentalised development nonsense is not doing it for me and just playing the game i can see with my minds eye how this is put together to a degree that just is not comfortable anymore.

For once, someone took action. Good on you.

Not sure why i even have this still installed since i haven’t touched it in a while. It’s wasting precious SSD space at this point.

Fatshark’s clearly not in a rush to address any of this game’s giant mountain heap of issues. They’re struggling to release hot fixes. Never mind actual, content patches that offer significant changes and improvements to the game.

It’s safe to say that this project has been mismanaged from the get go and continues to be despite the negative (rightfully so) responses that their game is receiving.

I wish i had that kind of job security.

Why the dakka does the every MG and Bulpup lasgun have a lumen-pak but every lucian has a bayonete? They both have bayonette lugs theres 3 of both, what even is this rediculous rubbish?

the imperials never played CoD, so they didnt know some weapon parts were interchangable

just hold overs from the scrapped attachment system that we were promised, but now we’ll likely never see.