Congratulations, your player retention tactics did the opposite

I’m at 200 hours, I love everything about the game inside the missions but everything else that happens in the Mourning Star just feels like I’m actively making the game unfun.

-Logging into the game: a chore.
-Running to the shop with all characters every hour: a chore.
-Not having any shared currencies: a chore.
-Crafting that was promised to be less rng and less repetitive: blatant lie, still a chore.
-Selecting the mission you want to play: a chore.
-Getting the new weapons from a patch: a chore.

I could go for hours but you get the idea. I want to have fun with the game but due to the lack of endgame, the closest thing is experimenting with new weapons and crafting right? Well too bad it’s basically impossible unless you are a robot that can log in every single hour, play 100 hours a week to complete all the weeklies, and gather enough plasteel that is just not present in high enough quantities. It’s hard to ignore the current RNG shop and crafting when you made it such a central part of the game.

You know, maybe the players would stay if the game actually rewarded you for playing! What a new concept right? Crafting newly unlocked weapons, giving guaranteed emperor’s gift with rarity scaling with difficulty, adding more penance or long term grind free cosmetics… Instead, no amount of grind is gonna give you anything guaranteed, EVER. It’s just layer upon layer of RNG GARBAGE. Whoever thought having all the ways to adquire WEAPONS be to pray to the rng gods, in a game which shines when KILLING stuff, is a goddamn genius.

Nah, let’s add premium cosmetics each patch that work flawlessly without bugs while the rest of the update is mediocre at best, just to rub more salt on the wound… This is not how you keep a “live service” game alive, you know, especially such a niche one like this and Vermintide. Tell the money whales that run the company that this product is going to fail if it keeps going in this direction.

I’m sure you’ll be seeing much more of this in the upcoming weeks. Congratulations for hating your faithful and passionate Vermintide community and enjoying to see us suffer. We just wanted a good game…

Edit: There’s some good ideas in this thread and in the forums but to start fixing this time gated RNG fest the devs should start doing this ASAP:

Edit 2: GG Fatshark, well played. We can now check the shop without starting the game with a browser extension made by modders.

Well said, so many basic things are missing. 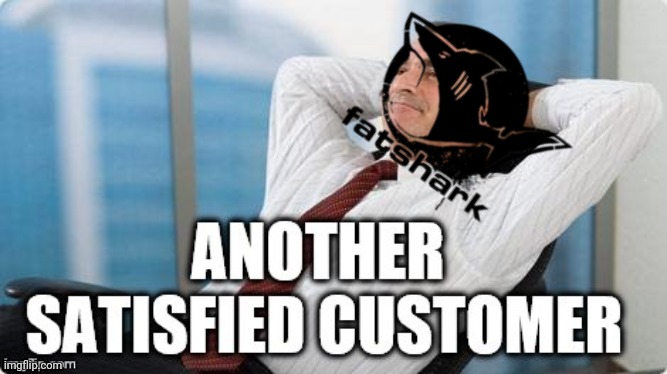 So, you’ve played about 200 hours in what… 32 days? Or about 6 hours a day? Do you think that maybe has something to do with you being frustrated at the game? What other game has given you that level of play and you’ve not been bored/frustrated/etc.

Are there things that can be improved? Absolutely. Did FatShark do these things to make you have to play longer? Absolutely. But it’s also apparent that you’ve put yourself in this situation by not actually controlling your play and setting reasonable goals for yourself based on what you know about the system.

Maybe a break would be good for you. Take a month or two off, when you come back, because we both know you will based on your time played, you can maybe have a fresh look at the game and consider what you want to do with it.

The fact you can sink 200 hours in a game like DarkTide and not having good gear due to the whole system being a pile of RNG on top of RNG “a la” game mobile is ridiculous.

Its fake re-playability. The concerns are valid.

Now I do agree that touching grass may be needed.

I think part of it is people “needing” to have the top 1% of gear and not being satisfied with a top 5% piece of gear.

For example, on my Sharpshooter I got a 358 K-12 Lasgun. Had decent damage and stability rolls (80%), but rest was ok. I leveled it up and it’s doing absolutely fine even with some medium perks/blessings.

If you’re looking for the perfect weapon, yeah, you’ll be frustrated. I think that people should get a weapon, like it, upgrade it and when a better item comes along, enjoy the find, upgrade it. By going for the best, they’re ultimately bypassing just enjoying the game and turning into a dice roller.

Remember, the goal of any game is to have fun, not to get loot.

At least that’s my opinion.

You very much enjoy basic RNG looter shooters. For you simply logging in with a “decent” weapon and playing the game is fun. There is noting wrong with that.

For a lot of us we enjoy working for better and better gear. That work and then the pay off by using that gear at a high skill level is fun for us. There is nothing wrong with that.

You are trying to tell everyone how to have fun. You are saying "The way I have fun is the best way so you all need to do that and love this game because it has no problems and everything is fun.

oh, I play with subpar gear and im ok with it.

Its the idea behind it that im against.

The game has beautiful gameplay / music / art but its wrapped in a pile of sh!t.

Let me put it this way.

You run a mission based on RNG (cant select your own).

You may or may not get something at the end.

Then every hour you can check the shop for a random RNG item.

You can then take the item and upgrade it with RNG.

Then you can change a perk on it (A SINGLE ONE) with more RNG.

You can also buy an item once every 24 hours from another RNG shop.

There is no singular way to remove RNG in this game. Its pure RNG all the time. The AI director (im being polite here), is literally in charge of everything.

The levels of RNG piled up on top of another makes the odds of a good weapon already super low. Odd wise, id say getting a very good to godly item would be lower than being hit by lightning twice at this point.

I agree with most of what you said but…

-Crafting that was promised to be less rng and less repetitive: blatant lie, still a chore.

Do you have a source on this?

I don’t think any new cosmetics were even added, were they? I know we like bringing up the cash shop despite having enough legitimate concerns but… 2 of the paid cosmetic helms and 2 of the imperium edition gear pieces are having really bad clipping issues on psyker so this comment falls a little flat.

edit: whoops, new cosmetics are out

To name a few co-op games, their previous game Vermintide 2 and Deep Rock Galactic.
To name some other multiplayer names that are LESS grindy than Darktide, a co-op pve game, World of Warcraft and Warframe. Yes, those 2 games have less grind. You know why? Cause if you farm to get something you eventually get it.

Good luck logging on your 4 Darktide characters every single hour, eating 5 minute loading screens an hour and running to the shop while seeing the premium one on the rigth every single time. It’s impossible not to end up hating it. Oh, you playing difficulty 4 or 5? How about we give you more useless money and xp at level 30 in return?

From the crafting Dev Blog:

-How is locking a perk, and having to reroll 100 times to get the one you get (even if the price eventually goes to free), not time consuming and rng? Honestly hilarious.

I dont understand why there isnt a script to remove items in the shop that has xp bonus perks once you are 30.

Like, the coding behind that is so freaking easy. it blows my mind that something like that wasnt implemented.

Thanks for posting this! You’re right, that is incredibly misleading at best and lying at worst.

Noone in their right mind can think this is less rng than vermintide 2.

200 hours?! You kids are ridiculous, go touch some grass!

albeit a lot, if he has played since the game released in beta a month ago, that is about 40 hours a week and id say most people that stay home and play video games can easily achieve that number in a game they like.

“Good luck logging on your 4 Darktide characters every single hour, eating 5 minute loading screens an hour and running to the shop while seeing the premium one on the right every single time.”

Why would I do that. That sounds like a complete nightmare and if I did that, I’d definitely hate the game. Maybe that’s the problem. How you’re choosing to engage the game. That’s my whole point. You’re literally doing chores over and over and then hating the game.

Here’s an idea, maybe play a mission and just work on your dodging, you aim, etc. That will carry you further into damnation then going from a top 5% weapon to a top 1% weapon. Again, I think you’re focusing on the wrong aspects of the game and making your time on the game more difficult and frustrating then it needs to be.

If you’re uninstalling the game, maybe just consider trying the following…
A) Log in when you feel like you want to do a mission.
B) Check the store before you choose a mission.
C) Have fun.
D) Check the store if you’re still playing past an hourly break point.
E) Quit the game when you’re no longer having fun on missions.

I can’t say it’s to screw over players with more RNG rather then an additional system that needs to be added. They should just remove the EXP buffs because honestly, they don’t give enough to reasonably focus on.

I think what DRG did well (I have like 270ish hours) is that it basically is only about the missions. Sure, you can get new cosmetics, you can get upgrades to your weapons, but all perform fairly well.

But then again, they also have cosmetics locked for EACH CLASS to eat up time. Also make you do tons of missions to get cosmetics. It’s more of how you pick your poison for player engagement.

For Darktide, engagement is a slow crumb drop for players. Some players want the whole cake all at once.