Bosses spawn and damage through block

In my honest opinion, I think that we have some problems with bosses. For example, they can spawn in a very tight area, and it isn’t always possible to go in a better place; specially if there is also an horde and a lot of specials.
I don’t know if this is intended or not, but I find it a little bit unfair.

Anyway, there is another issue that aggravate the situation: bosses can do danage though block. This is a bad thing while we fight them in a tight place/ corridor.
Also this damages tank careers: we have a lot of stamina, stamina regen, taunting active… but we can’t handle the boss.

The spawn locations need tuning but the only attacks that go through block are the ones that are easiest to dodge, by design.

Hyrrok, bad positioning isnt always the cause. Alot of times yes we knew we made mistakes, but just yesterday i had a run with my friends on Halescourge. We were at the first grim, the place where all the buildings are falling of the cliff. Before we could get to the towere where the Tome in the tower is, a horde with a Rat orge spawned and blocked the path. There was no place to go cause you can’t retreat from there. There are some Boss spawn locations that can mean instant wipe if they spawn with a horde.

Unlucky, but would you propose to just remove said ‘‘slams’’ ?

You can dodge-dance a boss so that they stay in place and you don’t take damage if you time it right.

There isn’t a bad positiong, cause you can’t always go in a good place… Every map has a lot of “ring”. Bosses could just spawn here.

Not always… for example in a very tight place. And it could also have some rocks or other obstacles.

Without talking about horde and specials.

It can be frustrating but i’d be against it, i like the more dynamic spawns.

We were at the first grim, the place where all the buildings are falling of the cliff. Before we could get to the towere where the Tome in the tower is, a horde with a Rat orge spawned and blocked the path. There was no place to go cause you can’t retreat from there. There are some Boss spawn locations that can mean instant wipe if they spawn with a horde.

at danger areas - the site you mentioned, the 2nd grim area of screaming bell etc - i tell my party to hang back first while i pull. if there’s a boss, they can shoot it and handle it in a bigger area while i defend below.

the problem is of course, pugs just rush ahead in any map. so yes, bad positioning can be helped by pacing your runs.

Had the same spawn several times now. Sometimes I wipe and sometimes I don’t. You can even knock the boss off the ledge with a well placed bomb or ability.

Not trying to attack you with this post but. Working as intended.

This is why you need to be aware of your surroundings as you proceed through the level, never just drop down somewhere, always be prepared for something to spawn and always kite up along walls.

If you get flung off because you were standing with your back towards an open space? Bad positioning.

If you get stuck at a wall and get hit in the face through your block? Bad positioning.

If you get surrounded? Bad positioning. The game tips even warn you for it. ‘‘Don’t get surrounded.’’ It’s a core game-element. Fool the Enemies/AI with your movement, boss-dance and keep account for the random elements.

A lot of situations, in hindsight, are often easily avoidable, getting stuck with a boss at the first grim on that map for example - don’t just rush down straight to the grim, have some people head into the building or have 2 people go from the top and two below if you’re uncertain.

Sometimes it’s better to go down at the wall than to be flung off, since it buys your allies some time as well. Don’t be afraid to use triage-logics in this game, a downed ally can take a few hits, use that to your advantage and don’t always outright revive them for example.

And this is not an MMO and not a holy-trinity (tank/dps/healer) game, you do not tank in this game by taking hits, you tank by staggering/killing/avoiding and keeping mobs stationary. Blocking will more often than not stagger something but the act of blocking itself doesn’t make you a tank or invulnerable and I praise Fatshark for keeping some elements of danger and finesse in the game.

If anything I think your point about a lot of specials spawning during the boss is a good one, but the horde has been a major part of any boss since VT1 and is a core-element of a bossfight - this is why you play as a team and aren’t facing it alone, more often than not you’ll want at least 1 if not 2 people dealing with the horde while the person with aggro distracts the boss till it’s safe to kill it. Unless you can down it before the boss comes.

I’ve never had this issue in VT2, in VT1 okay, but THOSE maps had tight spaces, this second game has so many spaces you can kite a boss to that I honestly can’t see how this would be an issue of all things besides a learning curve ^^’

A lot of situations are caused by bad position, no doubt. But a boss can simply spawn in a bad place, and togheder an horde.

Then bring weapons that can cleave through a horde (Sienna’s staves and Kerillian’s Hagbane come to mind) or save your bombs for this. That ‘‘useless’’ firebomb people call it comes to mind in this situation. This is why you should be conservative with ammo and other equipment as well as your active-abilities, I’m sorry but this game gives you so many outs to play with, unless you’re constantly playing all your cards and have nothing to use in a given situation as a result then I just can’t agree that a boss spawn is an instant gg.

@souI23 a horde is a component to any boss fight, and bosses can be stunned by many weapons/classes to create a safer passage. The only bosses that lack counterplay are some of the actual bosses but they’ve been nerfed a fair bit now. =/

On that bit of Halescourge you can run down through the building(near grim) and back up along the top tier and outpace the boss purely because they take time to jump up and down levels while you can race up and down stairs faster. It’s not a nice place to spawn but it’s nicer than some of the tunnels in Into The Dark or blinding snow-cave in Skittergate.

Also, if you’re the one getting chased it’s your job to leg it, dodge and block while your homies cause the damage. People who think they can go toe-to-toe with a boss usually get pummeled and downed.

Uhm, not always… if they spawn in a tight corridor, you can’t do so much.

I’m sorry but that feels like an excuse, the first halescourge grim is just fine if you don’t just rush through it and grab it as a team.

Festering ground bridge/cave is fine too if you watch your positioning and if your entire group isn’t only attacking the boss. If all four people are only damaging the boss and nobody is using their situational awareness then it’s not the game but the players that need work.

With most bosses you can avoid getting hit with almost any space unless you’re literally up against a wall. Which you should never be, even when you’ve just dropped down.

The only boss that comes to mind that is actually a nightmare to deal with in some cases is the Chaos Spawn due to some of it’s attack patterns and miniscule wind-up times, but even that one is manageable on any difficulty with proper positioning. I’ve slipped between a wall and a boss several times to avoid getting stuck in a nasty corner, this is why it’s critical to be aware of your surroundings. That ambient box or barrel? It might help you jump past the boss.

Took some effort but dug these up for you.
Old video but it still helps a bit even if it’s not optimal, it shows not to get greedy. 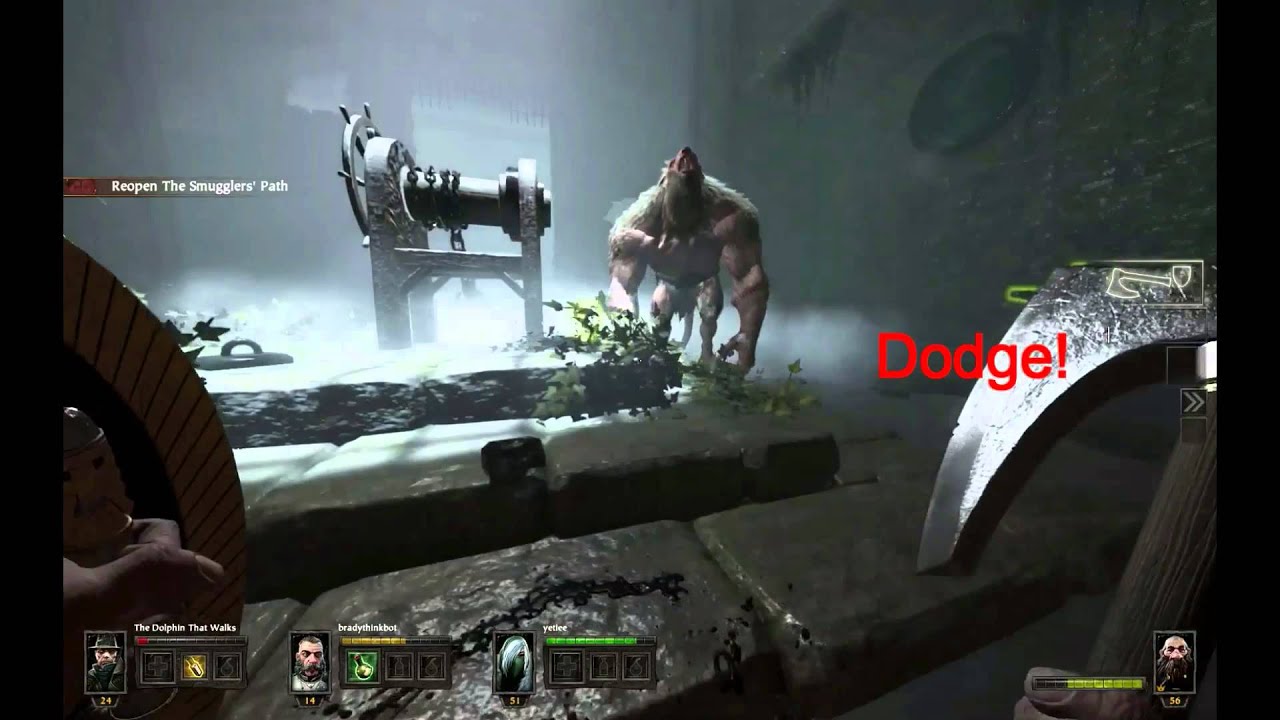 Old video but has decent tips. Outdated so skip most of the text as dodging at last second seems to work better than walking in vt2. 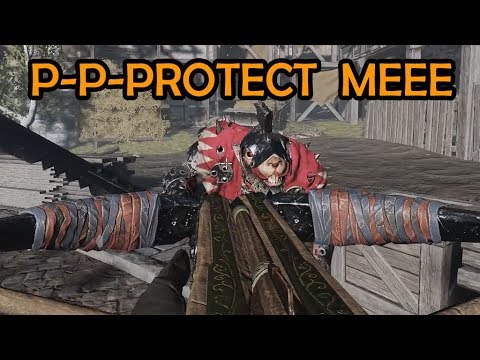 Most important in that video is this part though. Applies to most bosses with notable exception of fire ogre and troll since those require sideways/diagonal backward dodges.

Watch the whole vid if you got time since it’s still useful info. 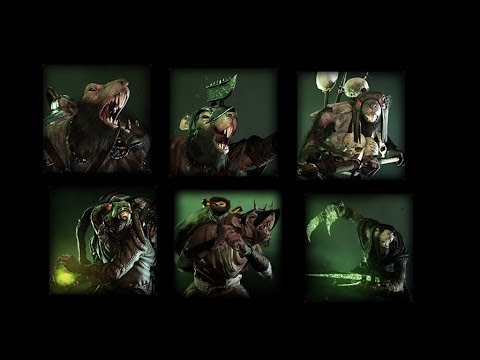